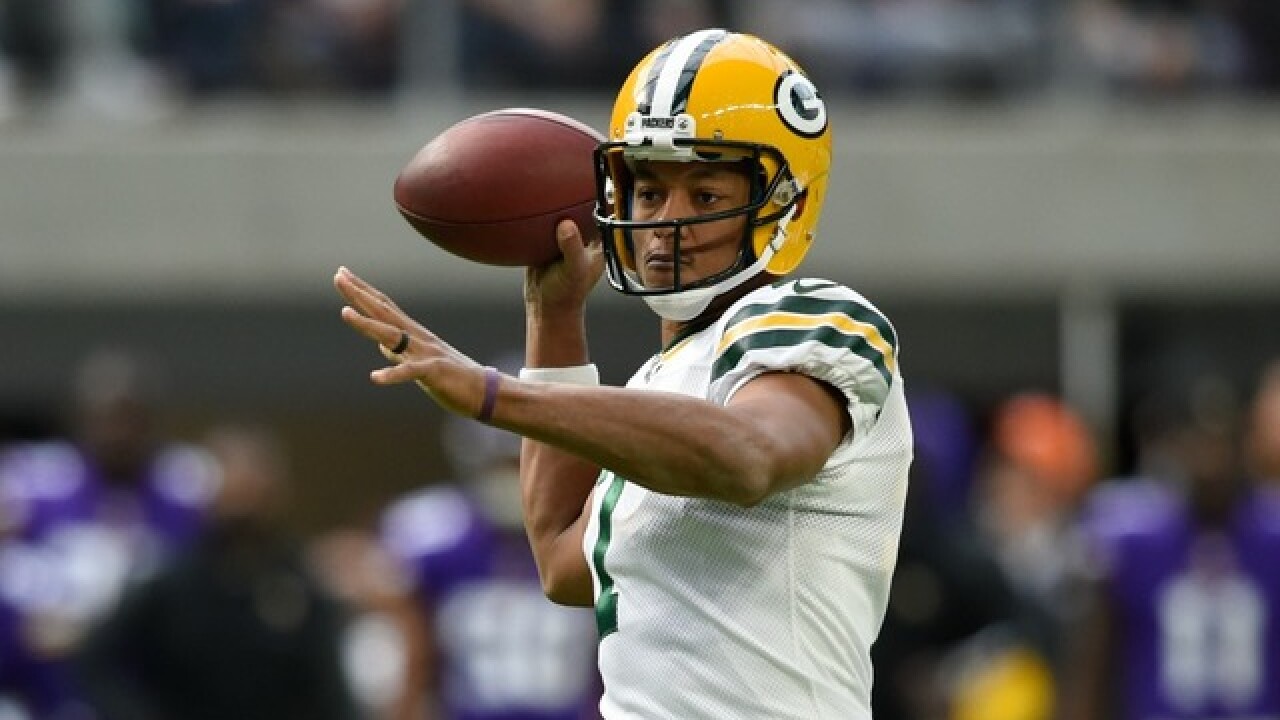 The Seattle Seahawks and Green Bay Packers are heading into the 2018 season with new backup quarterbacks.

The Seahawks have acquired quarterback and former Chandler High School star Brett Hundley from the Packers, a person familiar with the deal said Wednesday. The person spoke to The Associated Press on condition of anonymity because the trade hasn't been announced by the teams. ESPN.com first reported the deal.

The trade was completed on the cusp of the conclusion of the preseason and gives the Seahawks a proven backup behind Russell Wilson. The Seahawks are reportedly sending a late-round draft pick to Green Bay.

Hundley, who played collegiately at UCLA, stepped into a starting role last season for the Packers when Aaron Rodgers went down with a broken collarbone. Hundley started nine games and the Packers went 3-6. He threw for 1,836 yards and nine touchdowns, but also threw 12 interceptions.

In 2017, Hundley became the second Arizona-born quarterback to play in an NFL conference championship game.

His acquisition likely means the end of Austin Davis' stint as Wilson's backup in Seattle. Davis has been with the Seahawks since the start of the 2017 season.

In Green Bay, the deal means that DeShone Kizer has won the backup job behind Rodgers. The former second-round pick started 15 games for the winless Cleveland Browns last season as a rookie and was acquired by the Packers in the offseason.

Seattle's backup quarterback situation has been tenuous for several seasons ever since Tavaris Jackson was not re-signed after the 2015 season. Wilson played through significant injuries in 2016 with Trevone Boykin only being used in brief moments and last season Wilson took every offensive snap with Seattle avoiding having to use Davis as a replacement.

But Davis has been inconsistent this preseason and rookie seventh-round draft pick Alex McGough has shown enough promise to be a development option as a backup for the future. That still left Seattle in a shaky spot not wanting to use a rookie should something happen to Wilson and why the trade for Hundley makes sense.

Hundley started nine of 11 games last season when Rodgers was injured. His best game came in Week 13 when he threw for 265 yards and three touchdowns in a win over Cleveland. But Hundley also had games he struggled, twice failing to pass for more than 100 yards in losses to New Orleans and Tampa Bay.

Hundley is also entering the final year of his rookie contract and will be a free agent after the season.

The deal could also clear the way for the Packers to keep promising undrafted free agent Tim Boyle as a third quarterback.

"I think I've progressed pretty fast. It's a pretty hard offense. I take pride in the fact that I'm learning every day. Obviously, having (Rodgers) in front of you helps you out a lot," Boyle said Tuesday. "But it's a business and I understand that, so whatever happens, happens."