Fitzgerald to speak at McCain service; Doan, Gonzalez to serve as pallbearers 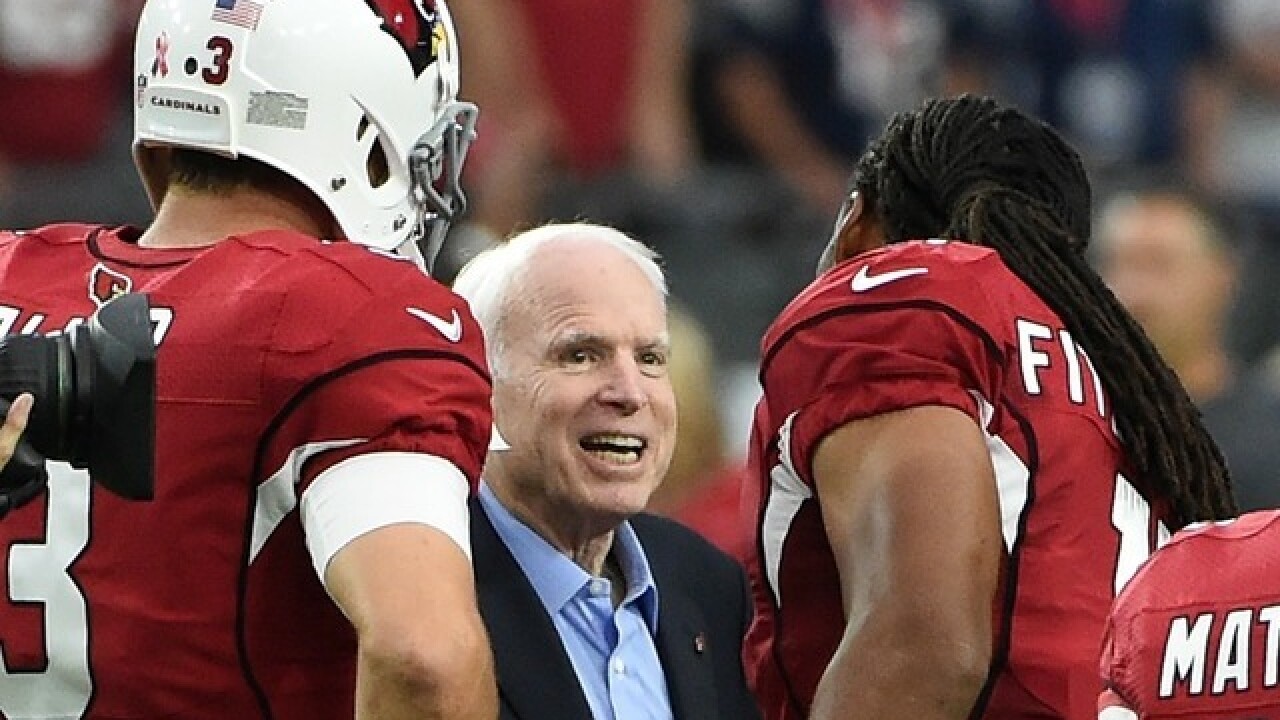 Three of John McCain's closest friends in the sports world have been slated to take on significant roles at his memorial service in Phoenix on Thursday.

Arizona Cardinals wide receiver Larry Fitzgerald will speak at the service at North Phoenix Baptist Church. Fitzgerald is scheduled to deliver a tribute to McCain, right before former Vice President Joe Biden delivers a tribute of his own to the late senator.

"Rest in peace to an American hero, statesman, servant of the people, and dear friend. Godspeed Senator McCain. My prayers for Cindy and the beautiful McCain family," Fitzgerald tweeted Saturday night.

"Senator McCain was not only a great man and patriot but also a loyal D-backs fan. I’m proud to have called him a dear friend. On behalf of my entire family, our thoughts and prayers are with Cindy and the McCain family," Gonzalez tweeted.

"Senator McCain was a shining example of what a modern leader should be. He represented Arizona and the United States with class and dignity, and the courage and incredible strength that he demonstrated, in every test a man could face, impacted everyone who simply heard his story. His love for life was contagious and his passion for his family, state, country and Arizona sports teams left you optimistic and energized. I am so honored to have been able to call Senator McCain my friend, and am grateful to his family for allowing my family to be a part of their lives. Our hearts go out to Cindy and all the family during this difficult time," Doan said in a statement issued by the Coyotes.