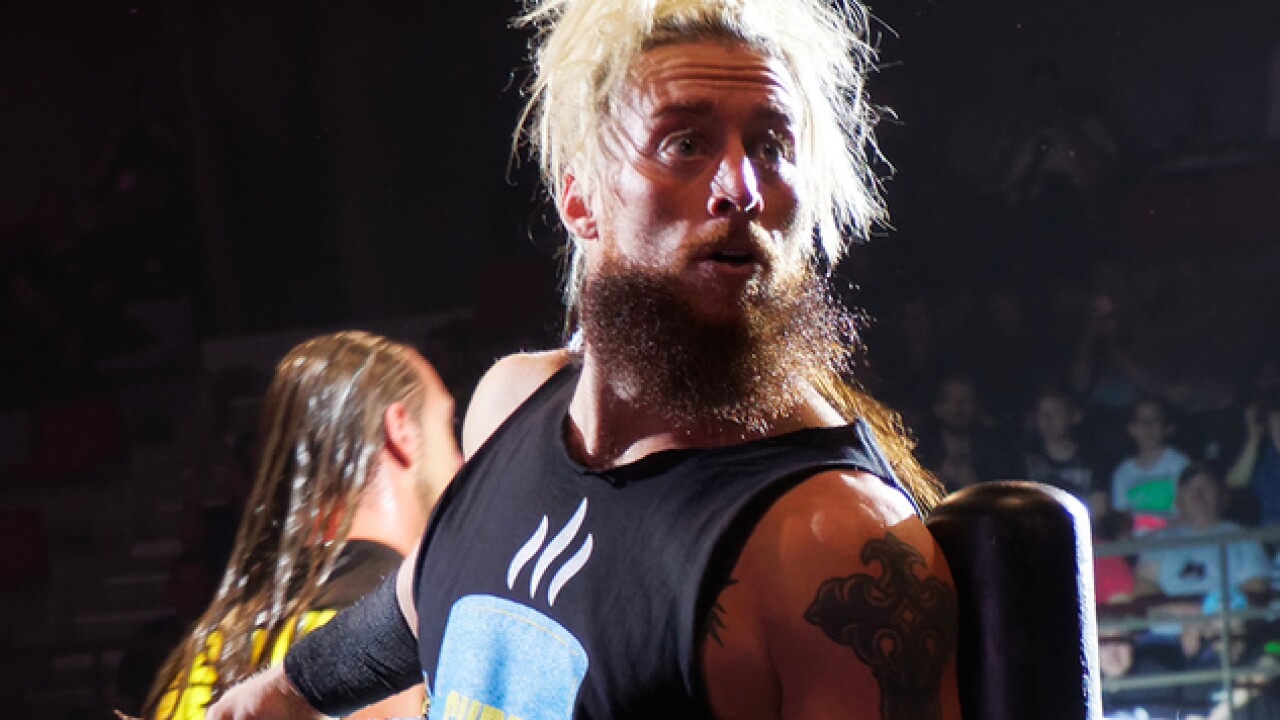 Copyright 2018 Scripps Media, Inc. All rights reserved. This material may not be published, broadcast, rewritten, or redistributed.
Miguel Discart

Former WWE star Enzo Amore was escorted out of Staples Center in Los Angeles on Sunday night when he tried to disrupt WWE's Survivor Series pay-per-view.

Amore (real name Eric Arndt) was fired by WWE in January following an alleged sexual assault in Phoenix three months earlier. On Sunday, Arndt apparently snuck into Staples Center, then stood on top of a chair and proceeded to recite several of his catchphrases from his WWE days before being forcibly removed by security.

My video of the wrestler formerly known as Enzo Amore trying to interrupt #SurvivorSeries. @WWE security not having any of it. He is taken down quickly. pic.twitter.com/2jdRtOe36z

According to police, officers responded to a local hospital on Oct. 23 regarding an alleged sexual assault that occurred at the Clarendon Hotel and Spa in Phoenix on Oct. 19. Police announced in May that Arndt would not face charges due to lack of evidence.

Arndt worked for WWE for six years. He was a member of NXT, WWE’s developmental brand, until 2016 when he was called up to the main roster. He comprised the popular tag team “Enzo and Cass” alongside William Morrissey, a.k.a. Big Cass, from 2013-17.

Arndt was the champion of WWE’s cruiserweight division, which features wrestlers who weigh 205 pounds or less. He had held the cruiserweight title since September until his dismissal on Tuesday.

A New Jersey native, Arndt played college football for Division III Salisbury University in Maryland from 2007-09. He was a manager of a Hooters restaurant before joining WWE.