Plastic bucket might have saved fan's life during Cubs-Diamondbacks game 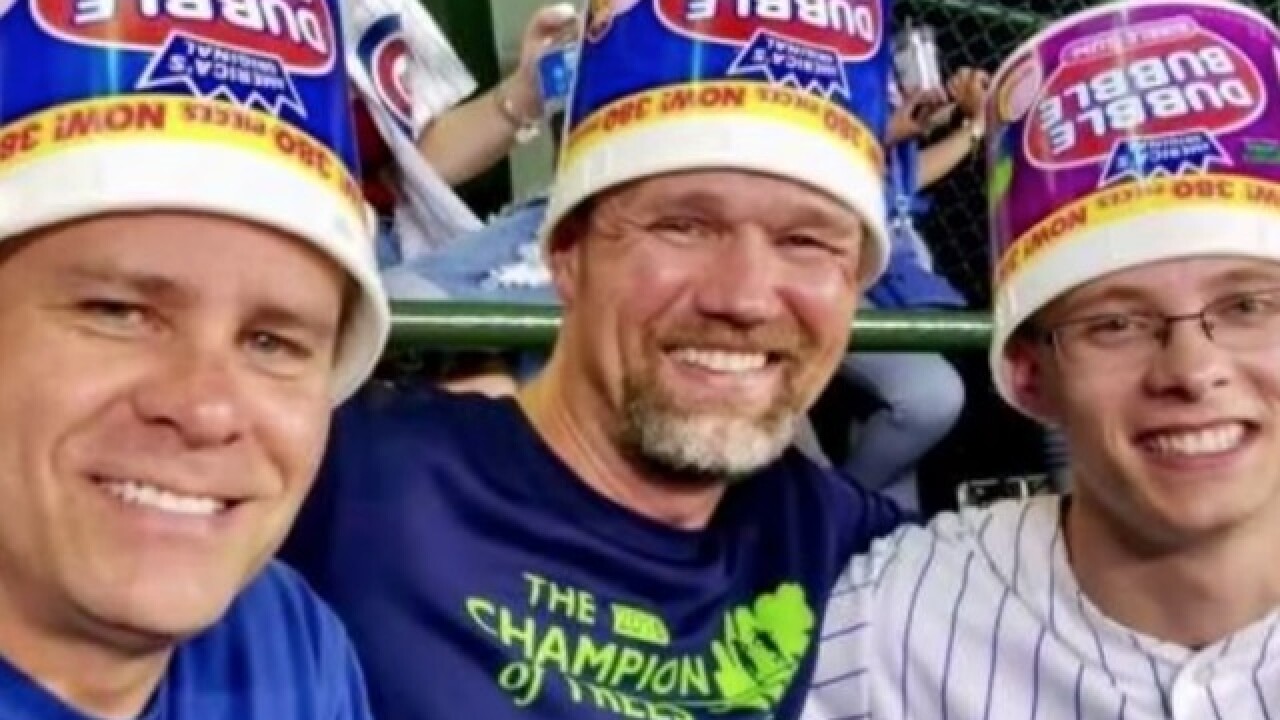 Copyright 2018 Scripps Media, Inc. All rights reserved. This material may not be published, broadcast, rewritten, or redistributed.
<p>(Via CBS 2/Chicago)</p>

A man who was wearing a plastic bucket on his head when a large metal pin fell from Wrigley Field's centerfield scoreboard during a Cubs-Diamondbacks game said he feels lucky to be alive.

Cubs fan Kyle McAleer was sitting with his family and friends under the manual scoreboard when he was hit by a 6- to 8-inch pin during last week's game against the D-backs.

The 20-year-old Iowa man said he began wearing the bucket with his family as a "rally cap" after he saw former Cubs player Starlin Castro wear one a few years ago.

McAleer said he put the bucket on his head about a half-inning before his injury. He said he believes he might have been killed without it.

"It might have fractured my skull. It definitely could have been fatal. I am extremely lucky," McAleer said.

Cubs spokesman Julian Green said the incident occurred when a loose pin that rolled out of the scoreboard when a tile was being changed. The scoreboard is now secure, Green said.

The Cubs have sent McAleer some gifts, including a jersey. McAleer praised the team for their quick response, but said no decision has been about legal action.

"If it was any other injury than a head injury, chances are this already would have been settled," McAleer said. "But the fact it was a head injury, and there's still a definite possibility I could suffer concussion symptoms within a couple of weeks or months after the incident."