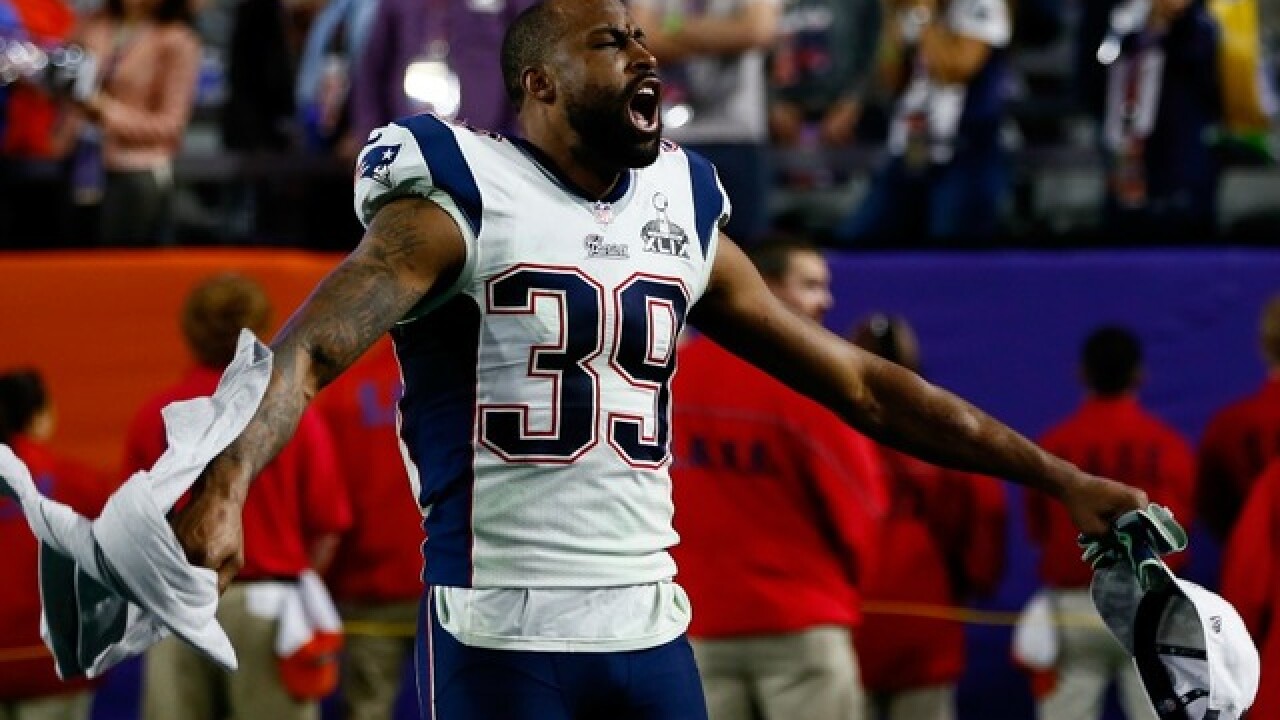 Copyright 2018 Scripps Media, Inc. All rights reserved. This material may not be published, broadcast, rewritten, or redistributed.
Kevin C. Cox
<p>Brandon Browner #39 of the New England Patriots celebrates after defeating the Seattle Seahawks during Super Bowl XLIX at University of Phoenix Stadium on February 1, 2015 in Glendale, Arizona. The Patriots defeated the Seahawks 28-24. (Getty Images)</p>

Prosecutors say former NFL cornerback Brandon Browner has been charged with trying to kill his ex-girlfriend after breaking into her Southern California home.

Browner, who won Super Bowls with the Seattle Seahawks and New England Patriots, was arrested Sunday east of Los Angeles.

The LA County District Attorney's Office says the 33-year-old was charged Tuesday with attempted murder, first-degree residential robbery and other counts. It wasn't immediately clear if he has a lawyer. Arraignment is scheduled for July 30.

Prosecutors say Browner broke into the apartment, chased and dragged the woman and then tried to smother her in a carpet. Prosecutors say he also stole a Rolex watch valued at about $20,000.