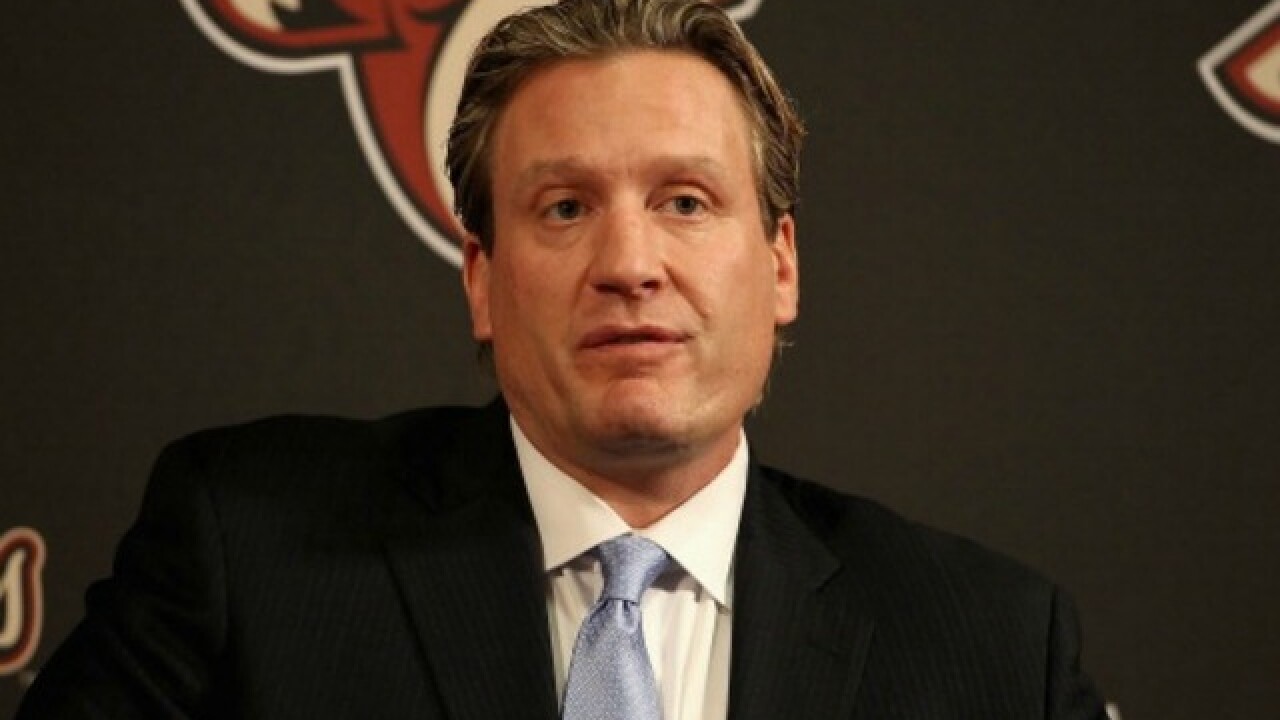 Roenick, a nine-time NHL All-Star selection who played for the Coyotes from 1996-2001 and 2005-07, took exception to Lynch's decision to sit on a water cooler on his team's sideline during the anthem at University of Phoenix Stadium. "Marshawn you should have stayed retired," Roenick tweeted Monday.

Marshawn you should have stayed retired.

Twenty minutes earlier, Roenick tweeted an alleged quote from Pittsburgh Steelers linebacker James Harrison, in which Harrison purportedly said that any member of his team who sits during the anthem had better be in a wheelchair.

Now this is a man I want on my team! Too bad bad we have to sit around and watch disrespectful athletes sit on coolers!! Disgraceful! ?? pic.twitter.com/W8pCsncPQV

But Harrison, who returned an interception 100 yards for a touchdown against the Cardinals in Super Bowl XLIII, clarified that he never made such a comment.

"Just because it's on social media don't make it true. #fakenews," Harrison wrote via Instagram on Monday.

Said it last year & I'll say it again. Fact check before you go running your mouth! Just cause it's on social media don't make it true. #fakenews

Lynch didn't play in the NFL last season but came out of retirement in April to play for his hometown Raiders. A number of NFL players sat or took a knee during the national anthem throughout the 2016 season, including former 49ers quarterback Colin Kaepernick, who kneeled throughout the season to protest racism and police brutality against minorities in the United States.

During an appearance on "Conan" last year, Lynch expressed support for Kaepernick's protests.

Roenick is a Boston native who played in 20 NHL seasons and helped lead Team USA to a silver medal in the 2002 Winter Olympics. He scored 152 goals in 454 games with the Coyotes and was inducted into the Coyotes' Ring of Honor in 2012.

Like Lynch, Harrison is a five-time Pro Bowl selection. He made headlines on social media two years ago when he announced on Instagram that he took away his kids' participation trophies.