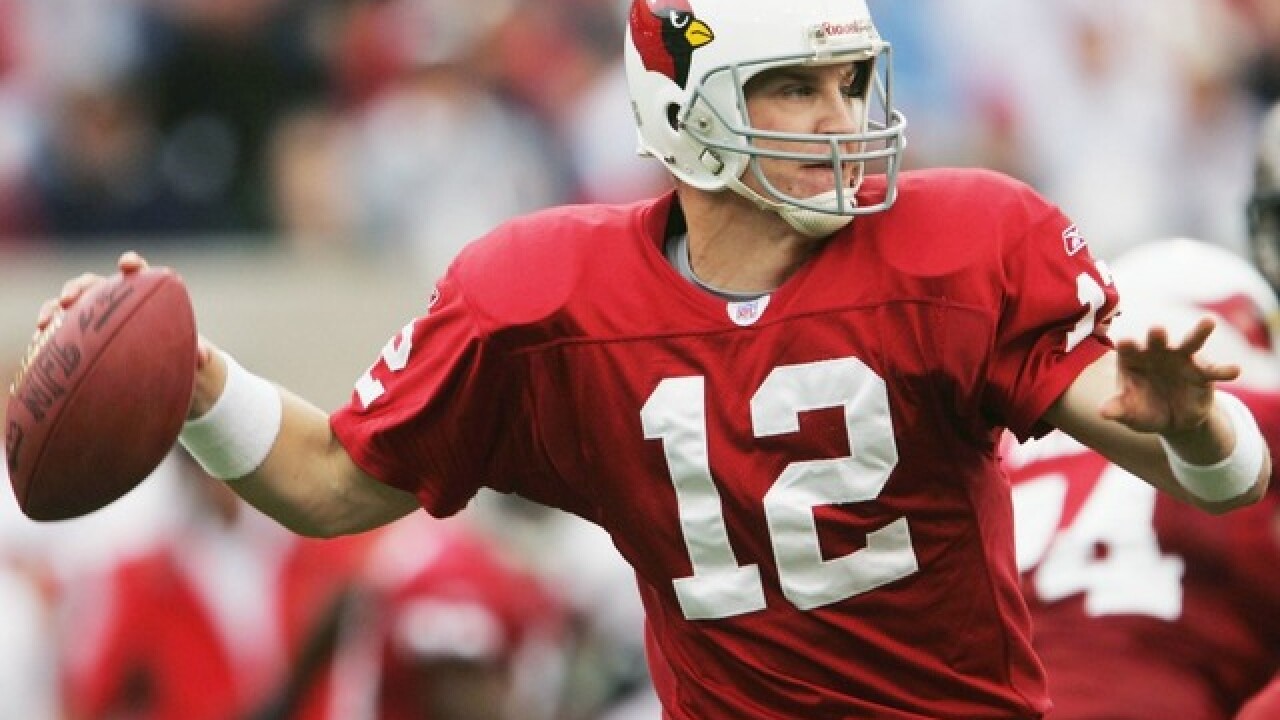 Former Arizona Cardinals quarterback and current New York Jets QB Josh McCown witnessed something Father's Day that reminded him of what being a dad is all about.

While at the checkout line at the grocery store Sunday, McCown and his wife Natalie noticed they were waiting longer than usual to have their groceries bagged -- but when they found out why, it inspired McCown to share the story with the world.

Here's the story that McCown, who has four kids of his own, told via Twitter on Sunday (edited only for spelling and punctuation):

"Just got through standing in line at the grocery store. As the clerk scanned items and passed them to the young man to bag they began to pile up because he wasn’t bagging them as quickly as the clerked preferred.

The kid working the bags was a special-needs young man with a million-dollar smile named Zach. He was happily taking our items, sometimes one bag per item and loading them in the cart. The clerk's frustration grew but Zach slowly but surely got better with each bag.

As my wife and I patiently waited it was clear why Zach’s bagging had picked up speed. About fifteen feet over my shoulder stood a middle-aged man sharing a similar infectious smile as Zach.

He stood there as any parent would with great joy on his face encouraging Zach with each item he picked up. It was the perfect picture of what being a father is all about.

On Father's Day, instead of being at home laying around getting to have the day to himself, he’s standing at the grocery store cheering on his son because his son needed him there. I’m thankful for this man because it showed what true love from a father is all about.

I want to say thanks to my DAD for being there and cheering me on all these years. To all the fathers out there, Happy Fathers Day!"