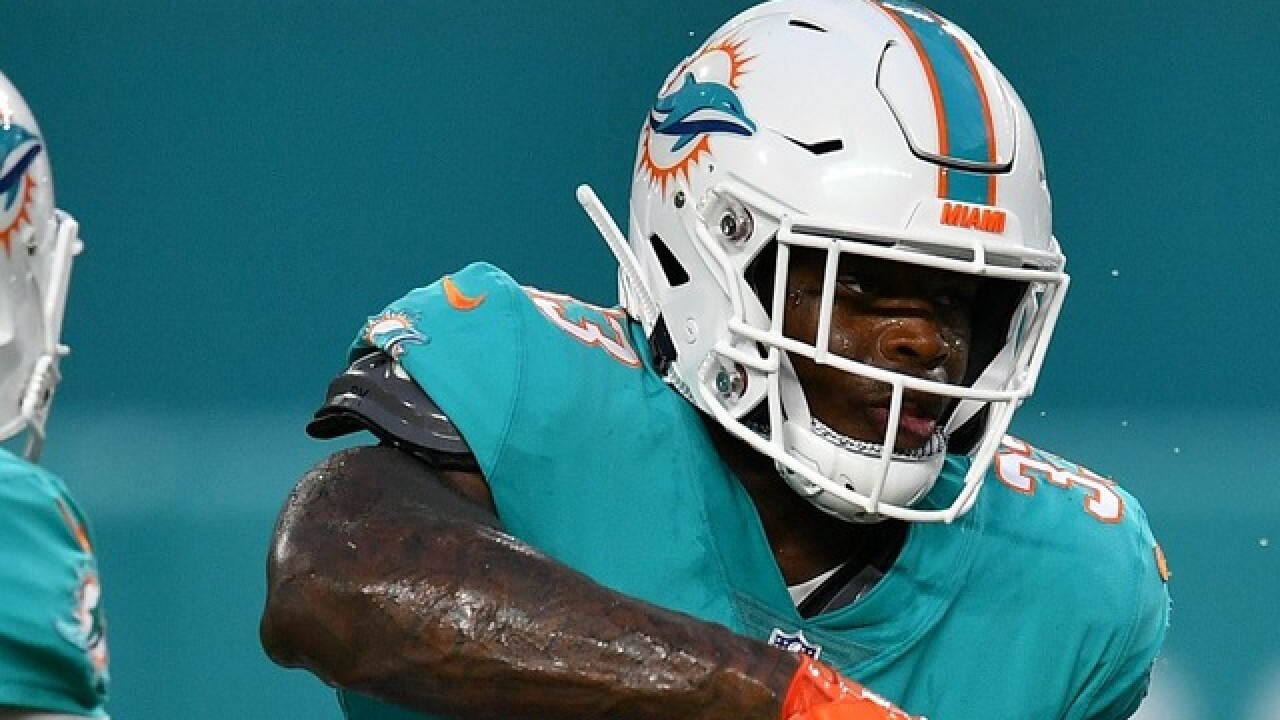 Copyright 2018 Scripps Media, Inc. All rights reserved. This material may not be published, broadcast, rewritten, or redistributed.
<p>Brock Osweiler #8 hands the ball off to Kalen Ballage #33 of the Miami Dolphins in the second quarter during a preseason game against the Tampa Bay Buccaneers at Hard Rock Stadium on August 9, 2018 in Miami, Florida. (Getty Images)</p>

Miami Dolphins rookie running back and ASU alum Kalen Ballage was yelled at and removed from the huddle by Dolphins quarterback Ryan Tannehill during practice Sunday after missing a blocking assignment during a play, ESPN's Cameron Wolfe reported.

"The typically reserved Tannehill temporarily stopped practice to show his displeasure with Ballage," Wolfe wrote. "He continued to get his point across to the rookie out of Arizona State a little later in practice, too. Ballage seemed receptive to Tannehill's ribbing."

Ryan Tannehill is livid with Ballage after a missed block on Harris. Tannehill appeared to send Ballage off the field and then continued to chew him out on the sideline.

“He’s been in this offense for three, four years. I’ve been in it for two months," Ballage said of Tannehill, per the Miami Herald. "There’s still a lot I’ve got to learn. Just continuing to grow everyday.”

Dolphins coach Adam Gase was fine with the aggressive approach of the usually mild-mannered Tannehill. "He was in the right, kind of making an example there. When he does things like that for our offense, it's a good thing," Gase said, per ESPN.

The 6-foot-3, 230-pound Ballage rushed for nearly 2,000 yards and scored 29 total touchdowns during his four years at ASU. In 2016, he set a Sun Devils single-game record and tied an NCAA record with eight touchdowns in a single game.

Ballage was selected by the Dolphins in the fourth round of the 2018 NFL Draft. He rushed for 37 yards on 10 carries and had three catches for 23 yards in his preseason debut Thursday vs. the Tampa Bay Buccaneers.