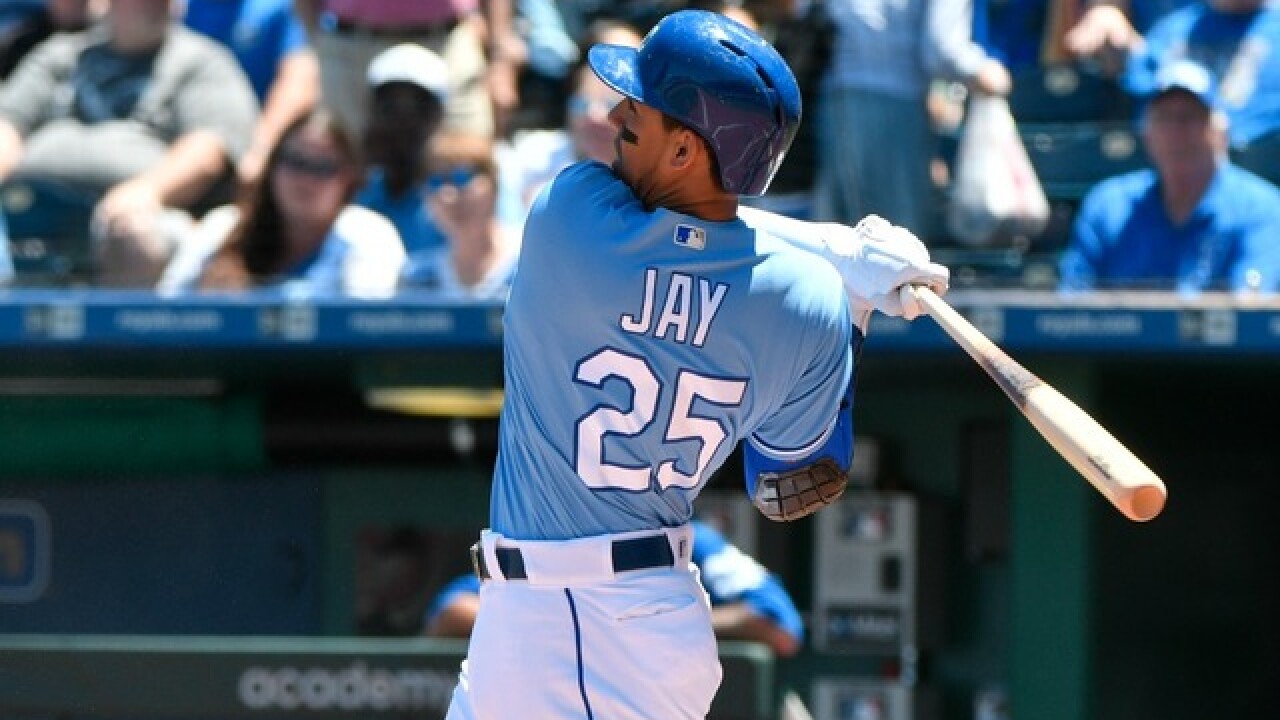 Copyright 2018 Scripps Media, Inc. All rights reserved. This material may not be published, broadcast, rewritten, or redistributed.
Ed Zurga
<p>Jon Jay #25 of the Kansas City Royals hits a home run in the third inning against the Oakland Athletics at Kauffman Stadium on June 3, 2018 in Kansas City, Missouri. (Getty Images)</p>

The Arizona Diamondbacks have been among the worst hitting teams in the National League this season -- and on Wednesday, they made a move to help remedy that.

The D-backs announced Wednesday that they have acquired outfielder Jon Jay in a trade with the Kansas City Royals, in exchange for minor-league pitchers Gabe Speier and Elvis Luciano.

The 33-year-old Jay is a career .290 hitter. He is hitting .307 with the Royals this season and is second in Major League Baseball with 61 singles. He has 28 runs, 18 RBIs, three stolen bases, nine doubles, two triples and a home run this season. He was named the Royals' Player of the Month in May after batting .368 during that month.

Jon Jay has reportedly been traded to the @Dbacks.

Jay was the 74th overall pick by the St. Louis Cardinals in the 2006 MLB Draft, and he spent his first six seasons in St. Louis, helping the Cardinals win the 2011 World Series. He has played for the Royals, San Diego Padres, and Chicago Cubs since 2016.

Jay is set to make $3 million this season and become a free agent after the season.

#Dbacks acquire OF Jon Jay from the Royals in exchange for LHP Gabe Speier and RHP Elvis Luciano.