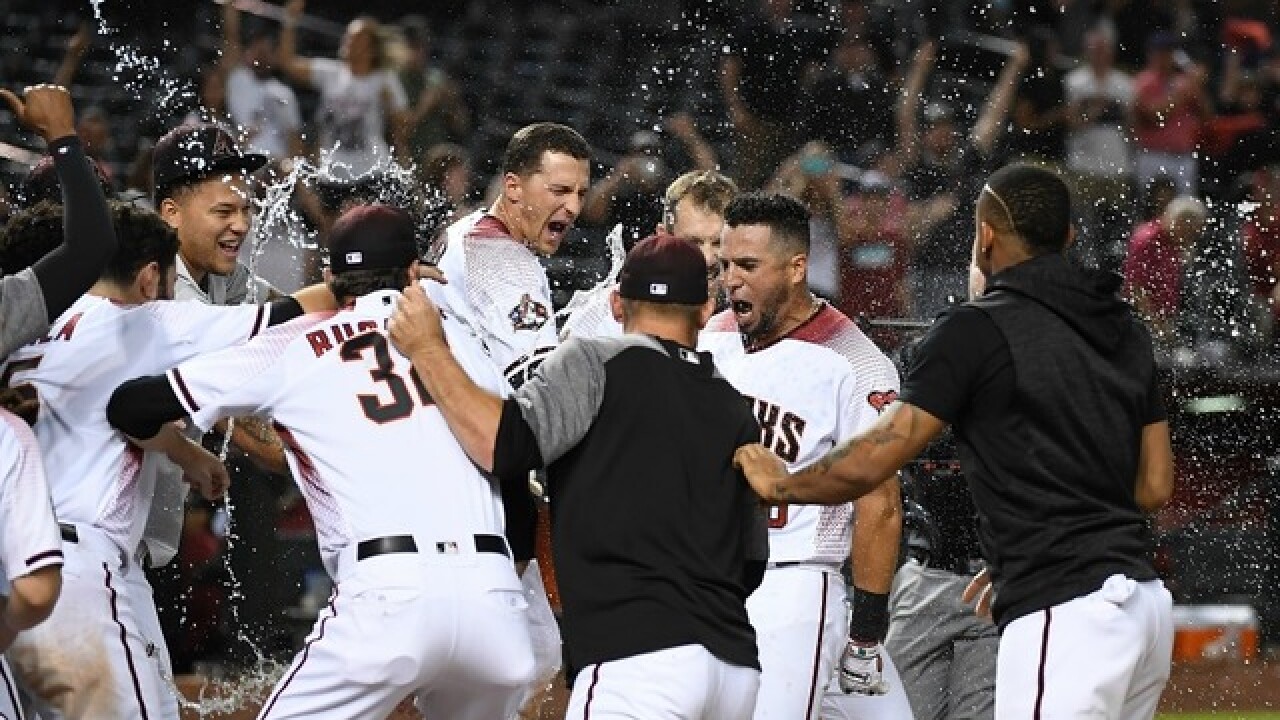 The Arizona Diamondbacks will open their 2019 home schedule against Major League Baseball's best team so far in 2018.

The Boston Red Sox, who boast an MLB-best 88-39 record as of Wednesday, will be the D-backs' first home opponent of the 2019 season. The three-game series will take place from April 5-7. It will mark Boston's first visit to Chase Field since 2007.

The D-backs will also host the team they defeated in the 2001 World Series, the New York Yankees, in a two-game set on April 30 and May 1.

Your #Dbacks will open on the road before coming home to host the Red Sox for the first time since 2007.

Oh yeah, the Yankees are coming to town too: https://t.co/Xdk0erfV5C

The Diamondbacks will open the season with seven games on the road -- a four-game series vs. their division rivals, the Los Angeles Dodgers, from March 28-31, and a three-game set vs. the San Diego Padres from April 1-3.

The Chicago Cubs will visit Chase Field early in the season for a three-game series from April 26-28. Their first home series vs. the Dodgers will take place June 3-5.

The D-backs will conclude the season with six straight home games, vs. the St. Louis Cardinals from Sept. 23-25 and vs. the Padres from Sept. 27-29.