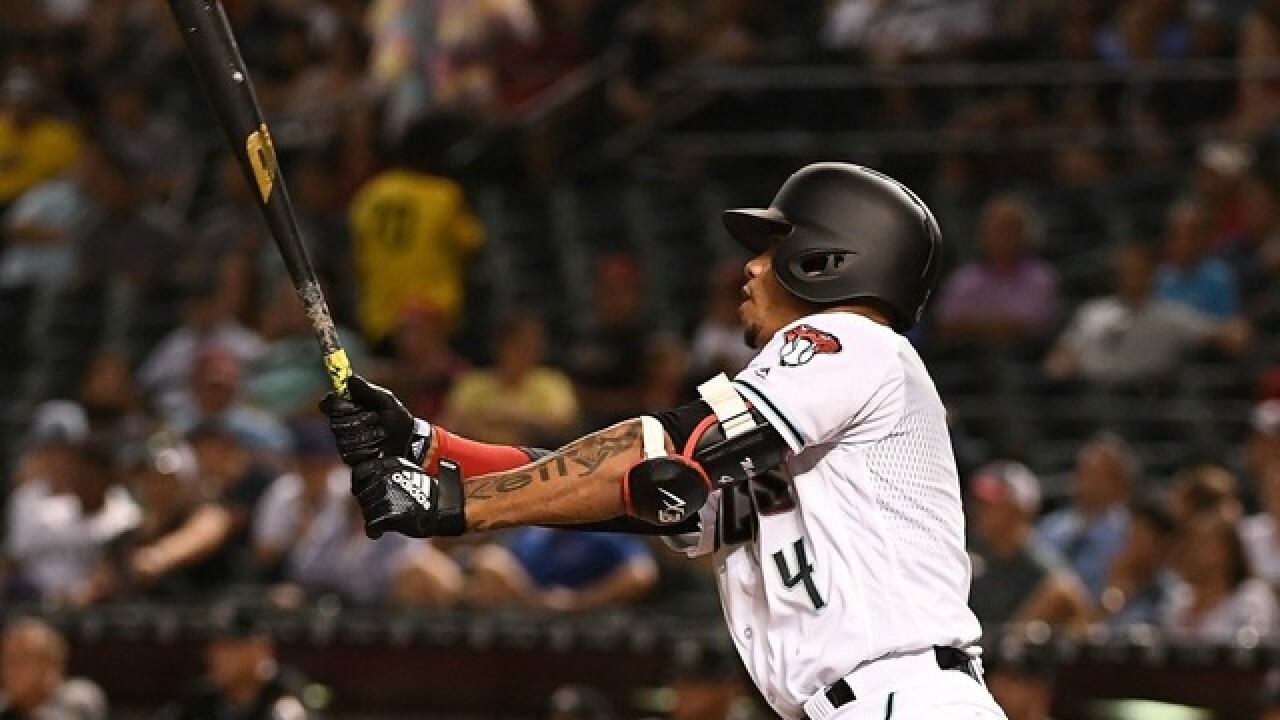 Copyright 2018 Scripps Media, Inc. All rights reserved. This material may not be published, broadcast, rewritten, or redistributed.
Jennifer Stewart
<p>Ketel Marte #4 of the Arizona Diamondbacks hits a solo home run in the fifth inning of the MLB game against the Miami Marlins at Chase Field on June 1, 2018 in Phoenix, Arizona. (Getty Images)</p>

The D-backs had a record of 8-19 in the month of May. But Arizona broke out of a prolonged offensive slump in the previous series, scoring a season-high 21 runs while taking two of three from the Cincinnati Reds.

The #Dbacks went deep not once, not twice, but SIX times, matching the franchise record.

The homers kept coming. John Ryan Murphy hit a two-run shot in the fifth inning for his eighth in 15 starts. Marte launched a solo shot from the right side of the plate two batters later and added another as a lefty in the eighth off Brad Ziegler. He is the sixth player in franchise history with homers from both sides of the plate and first since Tony Clark in 2009.

That was more than enough for Buchholz (1-1), who has allowed a single run in all three of his starts since being called up. He became the first pitcher in D-backs history to allow one or fewer runs while throwing at least five innings in each of his first three starts with the team.

Star of the game, pitcher Clay Buchholz: “This club is good and has the chance to be something special. I want to be around for it.” pic.twitter.com/UO9WDCCm9X

Hernandez had a couple of tough-luck starts prior to arriving in the desert, getting two combined runs of support in a pair of losses.

The Marlins' bats were again quiet with Hernandez on the mound, but it wasn't going to matter much the way the Diamondbacks knocked him around.

Peralta had a run-scoring single in the first inning, Descalso a two-run homer in the second, Lamb and Peralta solo shots in the third.

Murphy hit a two-run shot off Jarlin Garcia in the fifth, and Marte hit a solo shot off the right-hander to make it 8-0.

Lewis Brinson hit a run-scoring single in the seventh inning, but Buchholz worked out a bases-loaded jam to limit the damage.