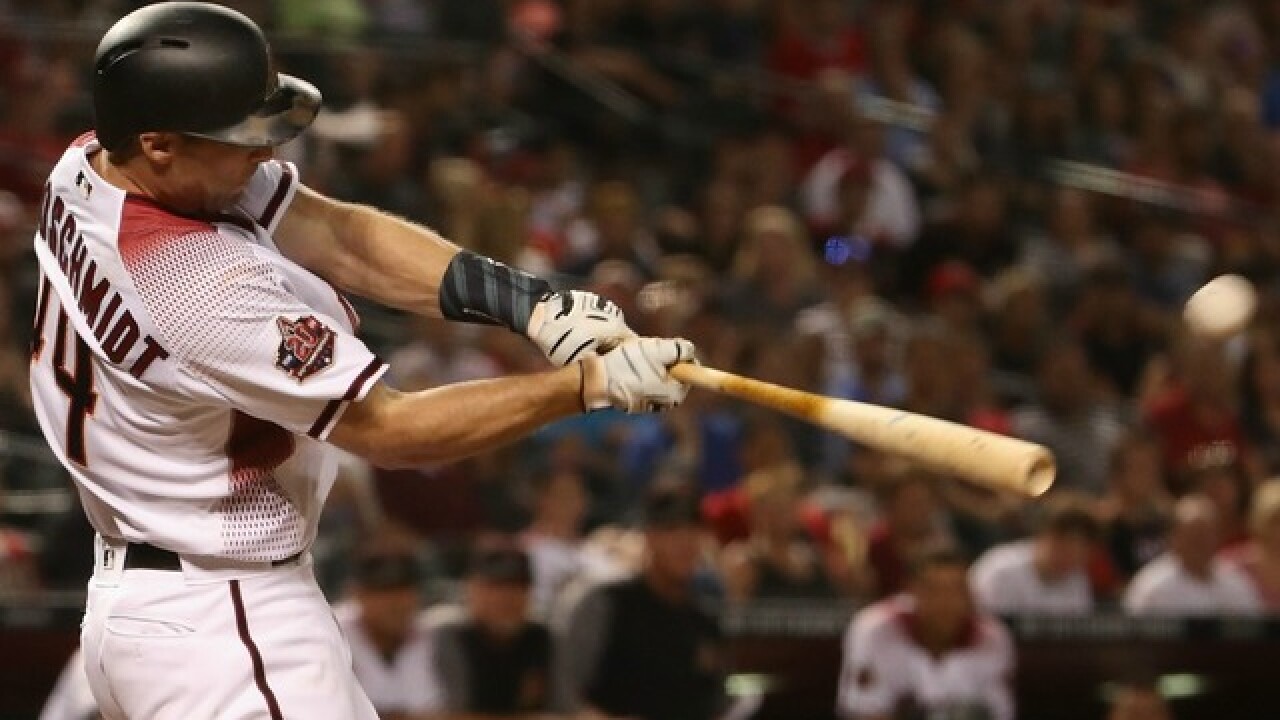 Copyright 2018 Scripps Media, Inc. All rights reserved. This material may not be published, broadcast, rewritten, or redistributed.
Christian Petersen
<p>Paul Goldschmidt #44 of the Arizona Diamondbacks hits a two-run home run against the Los Angeles Angels during the first inning of the MLB game at Chase Field on August 22, 2018 in Phoenix, Arizona. (Getty Images)</p>

Paul Goldschmidt helped the Arizona Diamondbacks get their sixth win in their last seven games Wednesday -- and in doing so, he set a new record for home runs by a single player in Chase Field history.

Goldschmidt's two-run homer in the first inning vs. the Los Angeles Angels on Wednesday night was his 96th career home run at Chase Field, one more than D-backs World Series hero Luis Gonzalez, who belted 95 homers at the ballpark. Gonzalez currently serves as a senior advisor to D-backs president Derrick Hall.

The home run helped guide the D-backs (71-56) to a 5-1 win over the Angels, keeping them 1.5 games ahead of the Colorado Rockies for first place in the National League West division.

Goldschmidt has been on a roll this month. He has a .448 batting average in August and is riding a 14-game hitting streak. He has hit 29 home runs this season, needing just one more for the fourth 30-home-run season of his MLB career.

Goldschmidt now has 205 home runs in his MLB career, all with the Diamondbacks.