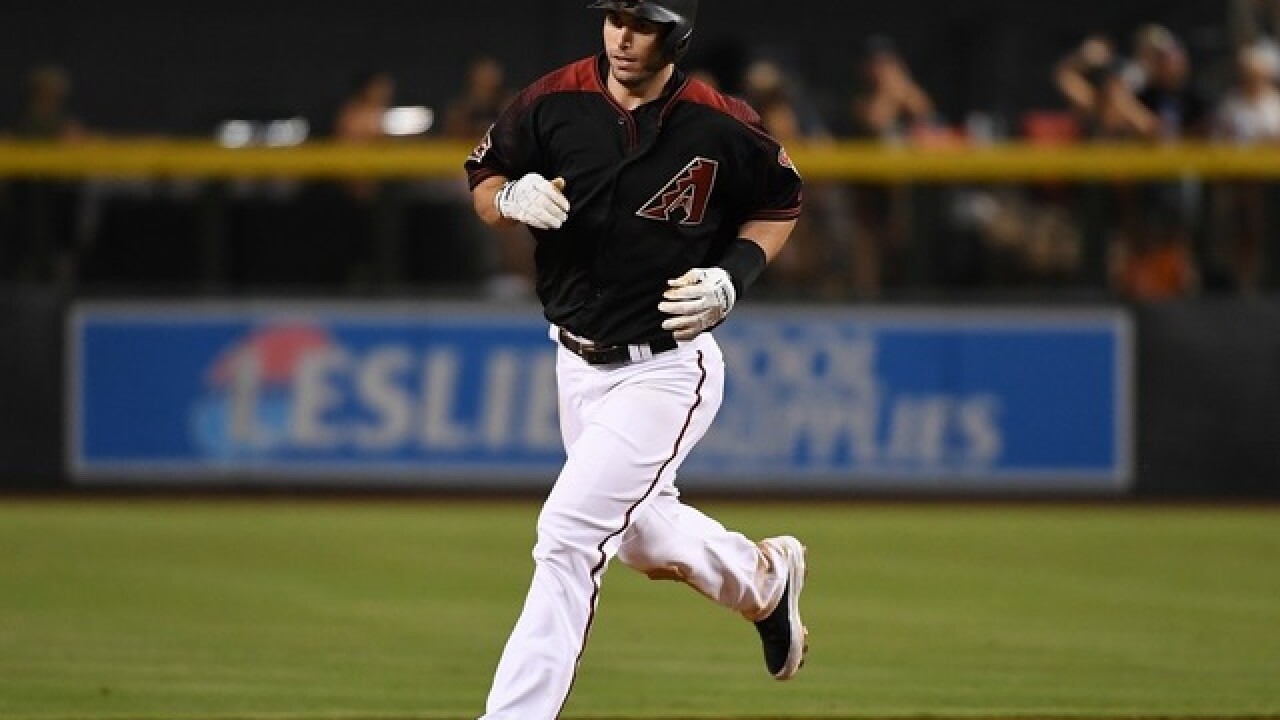 Copyright 2018 Scripps Media, Inc. All rights reserved. This material may not be published, broadcast, rewritten, or redistributed.
Norm Hall
<p>Paul Goldschmidt #44 of the Arizona Diamondbacks rounds the bases after hitting a three run home run during the fourth inning against the San Diego Padres at Chase Field on July 7, 2018 in Phoenix, Arizona. (Getty Images)</p>

The Arizona Diamondbacks set a new team record for runs in a single game by scoring an even 20 during Saturday night's win over the visiting San Diego Padres.

Catcher John Ryan Murphy's bases-loaded walk in the seventh inning gave the D-backs their record-setting 19th run of the game, surpassing their previous record of 18 vs. the Los Angeles Dodgers on May 17, 2014.

Paul Goldschmidt, Nick Ahmed, Alex Avila, Steven Souza Jr. and Ketel Marte all hit home runs for the D-backs in the 20-5 win, their 50th victory of the season. Marte's solo home run in the eighth inning gave the D-backs their 20th and final run.

David Peralta had five hits, tying the D-backs' record for most hits from one player in a single game. Avila and Daniel Descalso added three hits apiece.

The D-backs' 18 hits in a game were a single-game record for the 2018 season, and their most at Chase Field in two years.

The victory helped the D-backs maintain a one-game lead over the Dodgers for first place in the National League West division.