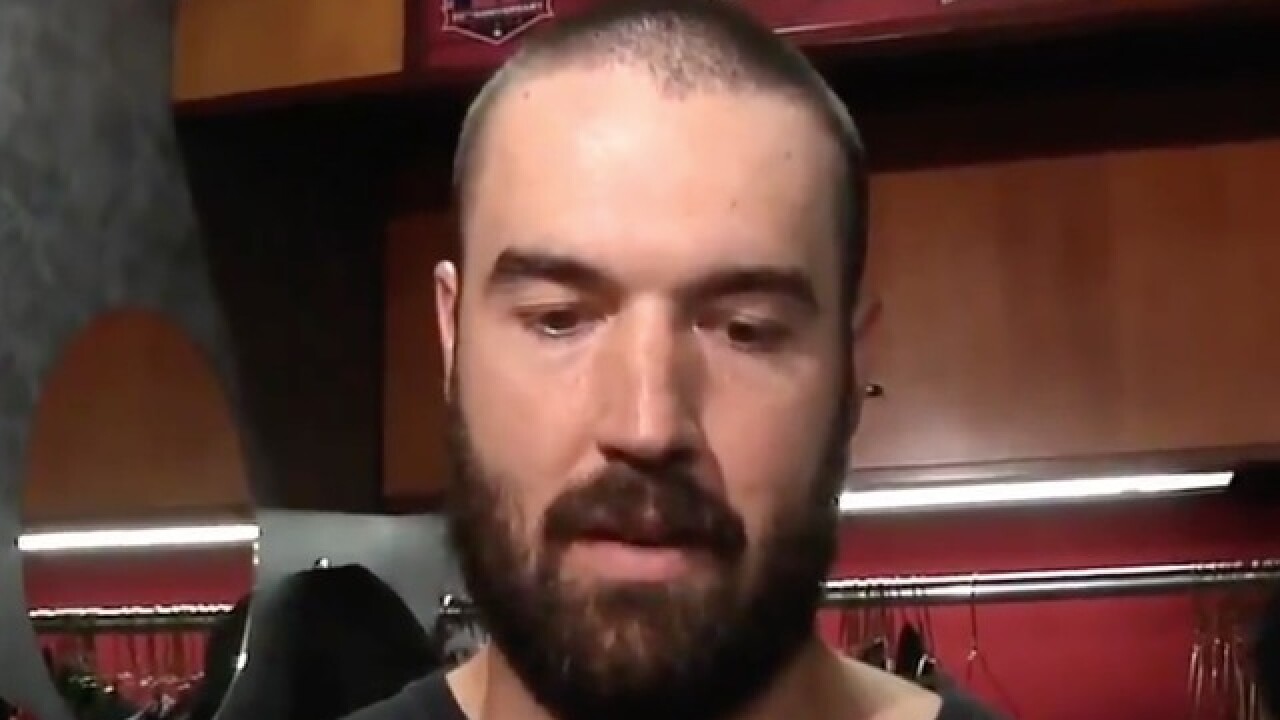 Copyright 2018 Scripps Media, Inc. All rights reserved. This material may not be published, broadcast, rewritten, or redistributed.
<p>FOX Sports Arizona</p>

Robbie Ray turned in a decent performance in his start vs. the San Francisco Giants on Sunday -- but the Arizona Diamondbacks pitcher might not have taken the field at all if an unfortunate pregame incident turned out worse than it had.

Before Sunday's game, a ball got away from Ray while he and catcher John Ryan Murphy were doing some long-toss drills on the field. To Ray's dismay, the ball sailed into the stands and hit a young fan in the head.

"I was out like 140, 160 (feet). Just released the ball a little too early and it just went over John Ryan’s glove," Ray said after the game.

"But he took it like a warrior, shrugged it off. If he wouldn’t have been all right, I don’t know how I would have went out there and pitched today."

Ray went over to check on the child -- a young man named Nolan whom Ray guessed is 4 or 5 years old -- immediately after the incident.

"I talked to him a little bit before I went and warmed up. Me and Murphy signed a bat for him, so it was good to see that he was all right," Ray said. "He didn’t even cry. I don’t know how old he is, but he wore it like a champ.

"If he had to go out of the stadium, yeah, it definitely would have been tough. That’s why him staying there and watching the game, that was big for me, just from a mental standpoint."

Ray and the D-backs fell to the Giants 3-2 on Sunday to split their four-game series. But the result was secondary for Ray, who was carted off the field after being hit by a line drive during a game last year.

"I think having kids probably makes me more sensitive (to it) than being hit in the head," Ray said. "I go out there on a daily basis, and it’s part of the game. But when it’s a kid like that, and you have young kids, you never want to see something like that happen. I’m just glad he’s OK."

Robbie Ray bounced back from an errant warm-up throw that struck a kid in the head to pitch into the 6th inning for the #Dbacks. pic.twitter.com/SjA0kjpEaH