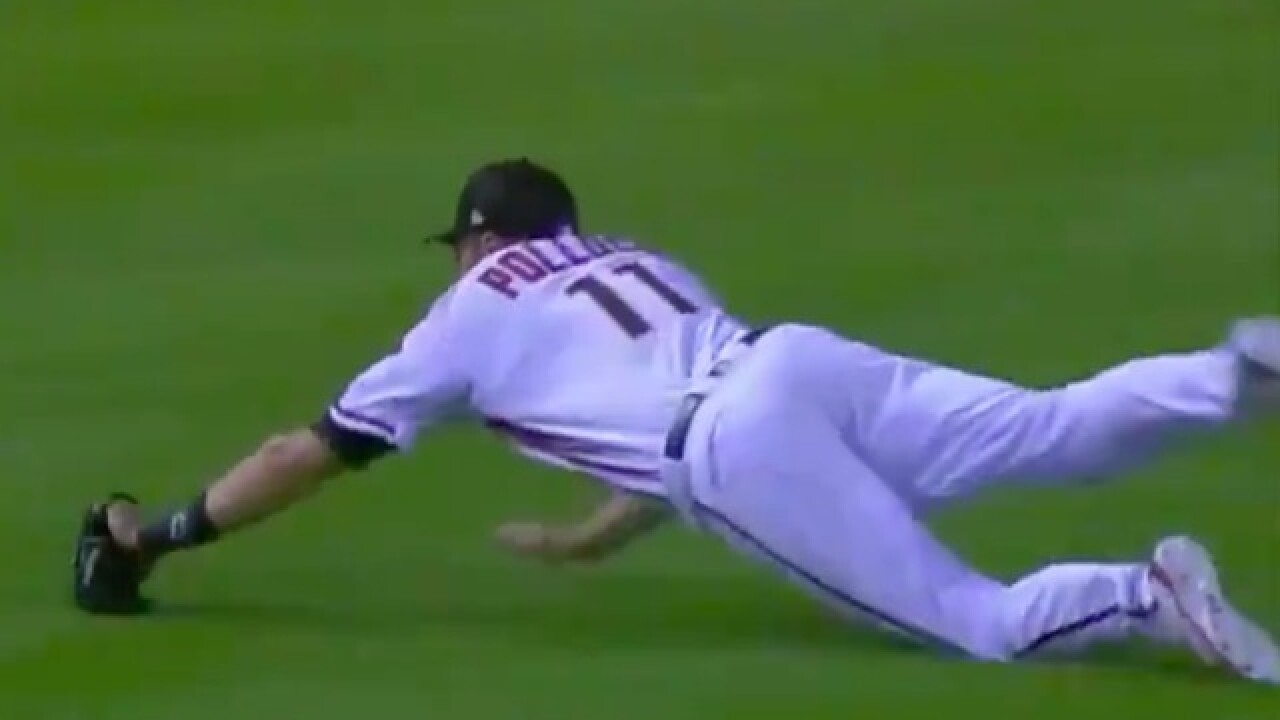 Arizona center fielder A.J. Pollock has a broken left thumb and is expected to be sidelined for four-to-eight weeks.

Pollock was injured diving unsuccessfully for Tyler Saladino's line drive that turned in to an inside-the-park home run in the ninth inning of Monday's 7-2 loss to Milwaukee. On Tuesday, he was placed on the 10-day disabled list.

And injury is added to insult here. A.J. Pollock has to leave the game with an apparent wrist injury that occurred on a #Brewers inside-the-park homer. pic.twitter.com/DdKgdbVuyO

Manager Torey Lovullo says Pollock has an avulsion fracture, which occurs where a tendon or ligament attaches to the bone.

The 30-year-old Pollock is batting .293 with 11 home runs and is second in the National League with 33 RBIs. He was an All-Star in 2015 but has not played more than 112 games in a season since because of injuries. He was the National League Player of the Month in April.

Arizona began the night with a major league-low .223 batting average and a six-game losing streak.