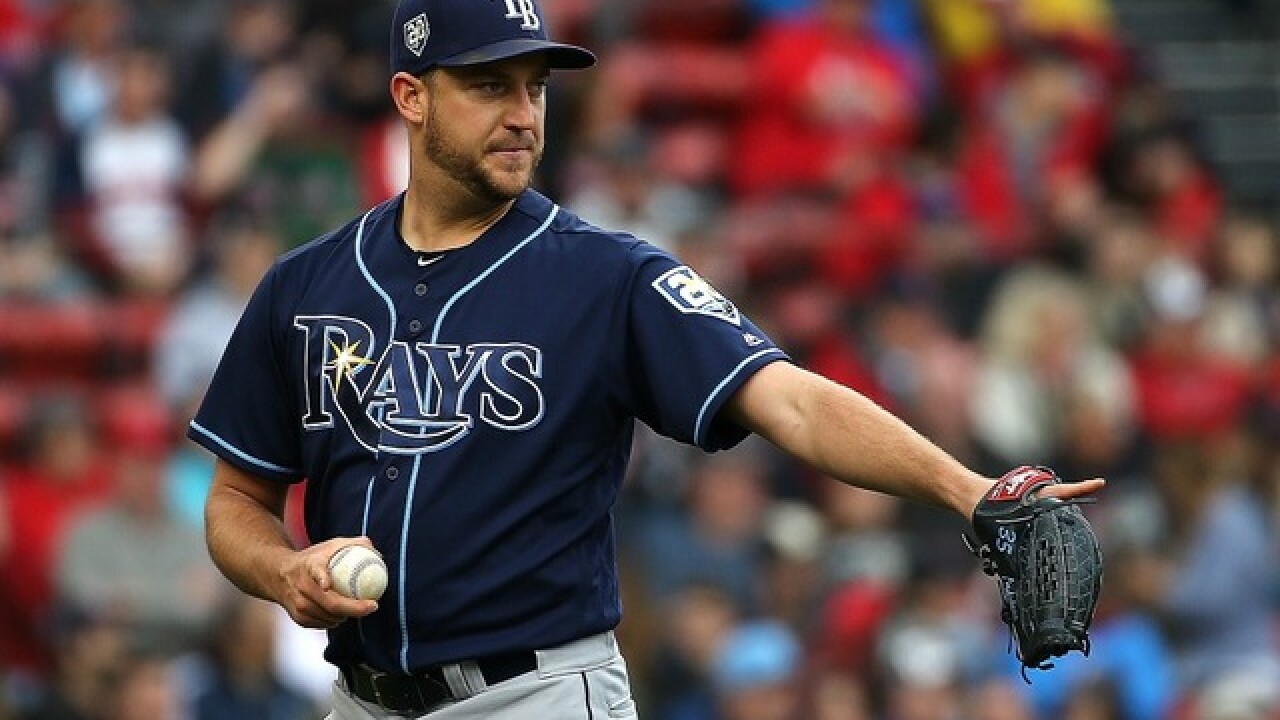 Copyright 2018 Scripps Media, Inc. All rights reserved. This material may not be published, broadcast, rewritten, or redistributed.
Jim Rogash
<p>Matt Andriese #35 of the Tampa Bay Rays reacts in the fourth inning at Fenway Park on April 29, 2018 in Boston, Massachusetts. (Getty Images)</p>

The Arizona Diamondbacks have acquired right-handed pitcher Matt Andriese in a trade with the Tampa Bay Rays, the team announced Wednesday.

Andriese was acquired in exchange for a pair of minor leaguers, catcher Michael Perez and pitcher Brian Shaffer. The D-backs also designated relief pitcher Randall Delgado for assignment in order to make room for Andriese.

The D-backs have a 56-47 record this season, one-half game behind the Los Angeles Dodgers for first place in the National League West division and one-half game behind the Atlanta Braves for the second and final Wild Card spot in the National League. After earning a Wild Card berth last season, the D-backs are looking to make the playoffs in consecutive seasons for the first time since 2001-02.

The 2018 MLB trade deadline is Tuesday.