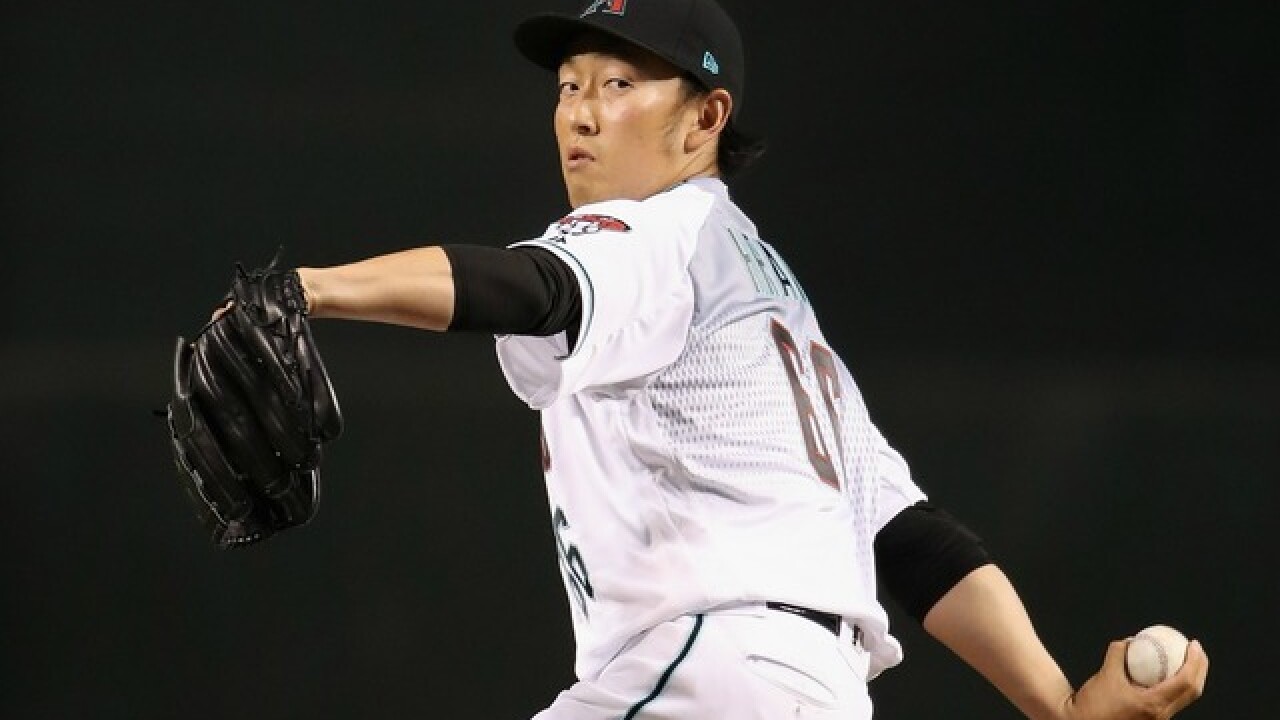 On Friday, Hirano set a new D-backs team record for consecutive appearances without allowing a run. He retired both hitters he faced in the seventh inning of Arizona's game vs. the visiting San Francisco Giants to extend his scoreless streak to 25 games, breaking the previous team record of 24 set by Brandon Lyon and J.J. Putz in 2008 and 2012, respectively.

The D-backs signed Hirano to a two-year contract in December. He has been the team's best relief pitcher this season, posting a 1.23 ERA through the team's first 82 games.

Hirano's 25-game scoreless streak is also the second longest in MLB history by a Japanese-born pitcher. The record is 27 games, set by Koji Uehara of the Boston Red Sox in 2013.

The 34-year-old Hirano played for the Orix Buffaloes of the Nippon Professional Baseball League in Japan since 2006 and has worked as a closing pitcher since 2013. He has a 2.30 ERA with 564 strikeouts in 476 games pitched since 2010. He recorded 40 saves in 2014 and was named the league's Most Valuable Middle Reliever in 2011.