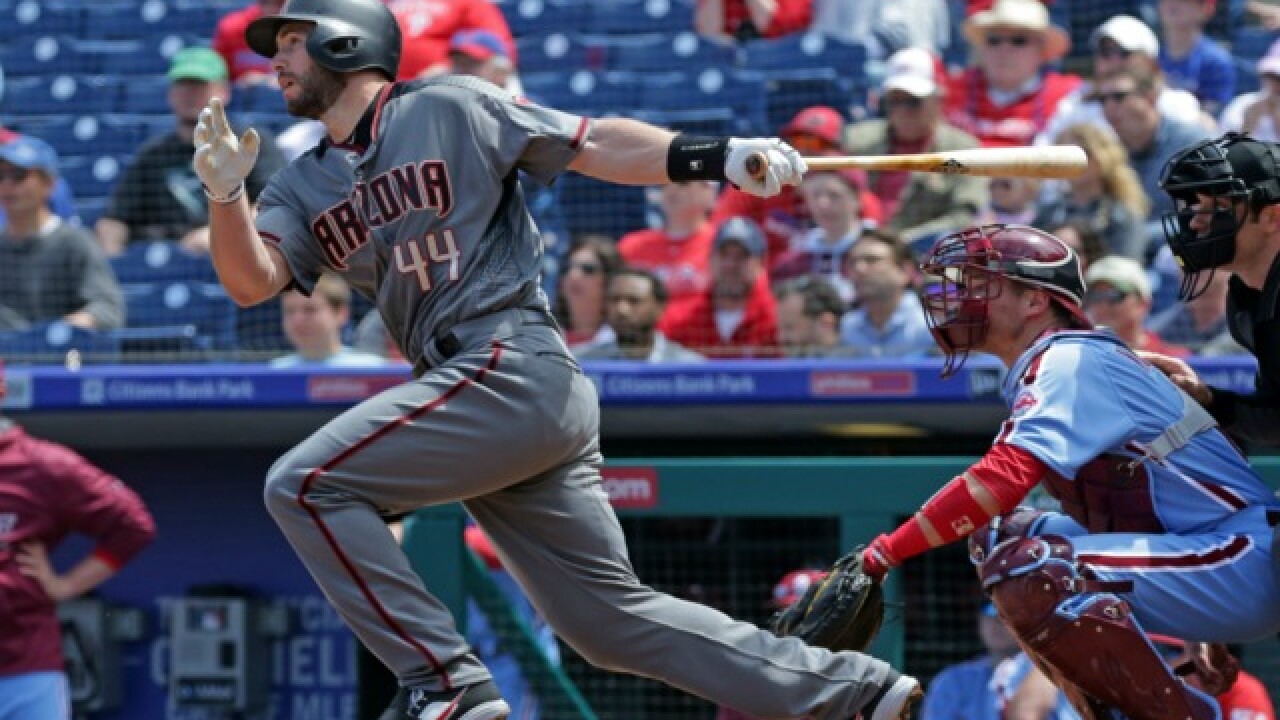 Copyright 2018 Scripps Media, Inc. All rights reserved. This material may not be published, broadcast, rewritten, or redistributed.
<p>Paul Goldschmidt #44 of the Arizona Diamondbacks singles in the first inning during a game against the Philadelphia Phillies at Citizens Bank Park on April 26, 2018 in Philadelphia, Pennsylvania. (Getty Images)</p>

The Arizona Diamondbacks beat the Philadelphia Phillies on Thursday -- and in doing so, they accomplished something that hasn't been done in the National League since 21 years before the D-backs began playing baseball.

The D-backs' 8-2 win in Philadelphia gave them their eighth straight series victory to open the season, marking the first time this has been accomplished in the National League since the Los Angeles Dodgers did it in 1977. For perspective, the D-backs didn't begin play until 1998.

The last time any Major League Baseball team did this? The Seattle Mariners in 2001.

Don’t sleep on the @Dbacks.

They haven’t lost a series yet … pic.twitter.com/6WExUmwjOR

The D-backs improved to 17-7 on the season, the best record in the National League and the second-best record in baseball behind the Boston Red Sox.

Jarrod Dyson, Nick Ahmed and David Peralta all hit home runs Thursday for the D-backs, who took two of three games vs. the Phillies and have won nine of their last 10 games in Philadelphia. The D-backs now head to D.C. to face the Washington Nationals in a three-game series beginning Friday.

Phillies get on the board, but allow us to distract you with a #FreightTrain blast. pic.twitter.com/Kj461Dxjro