Deandre Ayton works out for Suns, says 'I know I'm going No. 1' 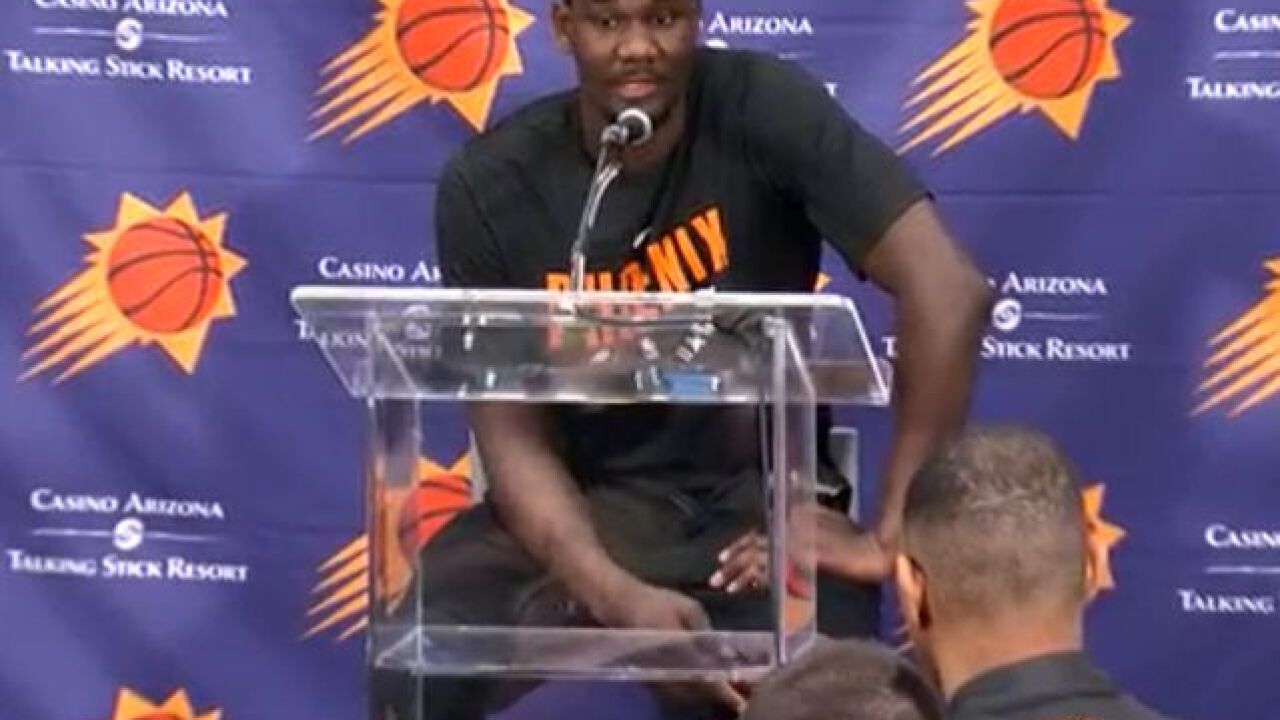 Deandre Ayton went through what he said would be his only pre-draft workout Wednesday and expressed supreme confidence that the Phoenix Suns will use the No. 1 overall pick to select him.

Not that the Suns have told him that, he's just that confident that the team won't pass on his combination of size, strength, athleticism and shooting touch.

The 7-foot-1, 250-pound center was born in the Bahamas and moved to the Phoenix area during high school. He said most of his family now lives here. Ayton played his one year of college basketball a couple of hours down I-10 at the University of Arizona. He said it would be "a blessing" to stay in Phoenix for his NBA career.