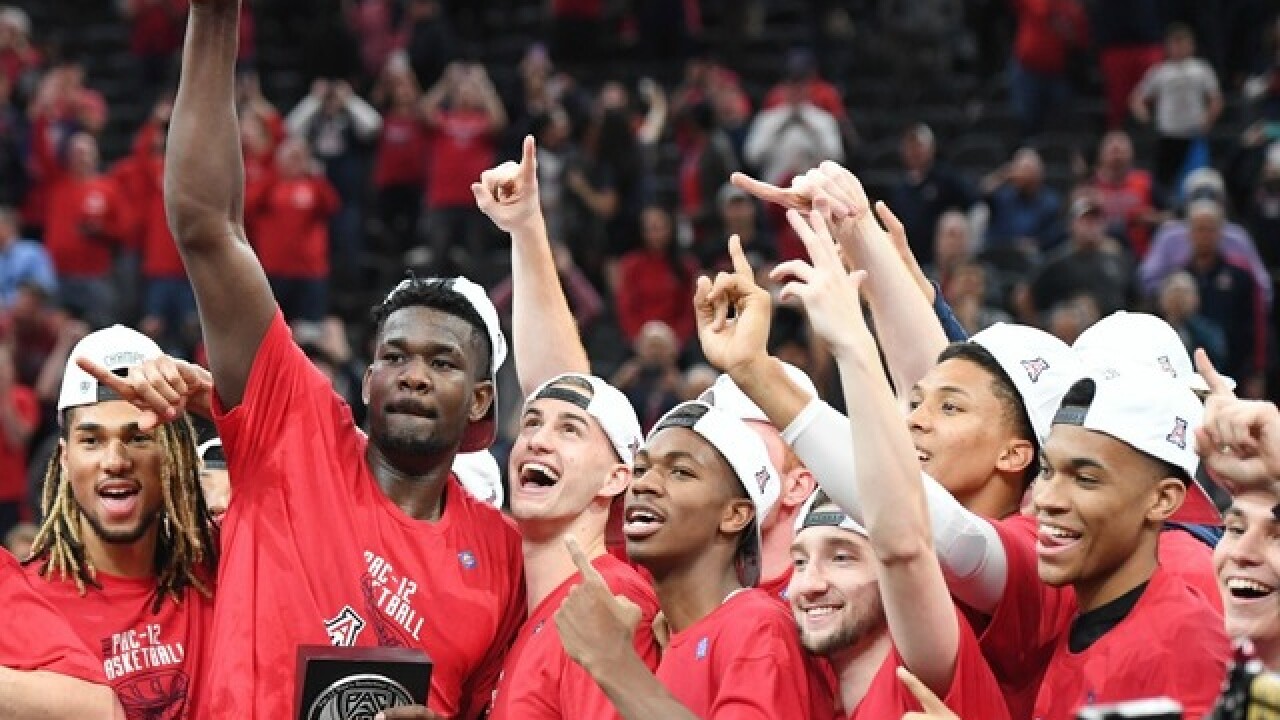 Copyright 2018 Scripps Media, Inc. All rights reserved. This material may not be published, broadcast, rewritten, or redistributed.
Ethan Miller

Deandre Ayton had 32 points and 18 rebounds in one of the most dominating performances in Pac-12 Tournament history, leading No. 15 Arizona to its second straight title with a 75-61 victory over Southern California on Saturday night.

Ayton put on a show along The Strip, bouncing back from a nervous Pac-12 opener with two dominating games.

The Bahamian big man had 32 points and 14 rebounds in a semifinal win over UCLA and knocked the Trojans (23-11) around like bowling pins in the championship game. Ayton made 14 of 20 shots from the floor and all four of his free throws to lead Arizona (27-7) to its ninth Pac-12 title.

Both teams fought through adversity to reach the title game.

Arizona was twice entangled in a federal investigation into shady recruiting practices. USC was named in the probe as well, leading to sophomore De'Anthony Melton to be ruled ineligible this season.

The Trojans also have played without Bennie Boatright since Feb. 15, when he suffered a season-ending knee injury, and backup point guard Derryck Thornton missed the semifinals due to an illness.

In the title game, USC had success getting into the lane and with its pick-and-roll on offense while giving the Wildcats trouble with its zone.

Arizona had success getting to the offensive glass — eight in the first half — and by getting the ball to Ayton, who had 13 points and eight rebounds by halftime.

Ayton continued to have his way in the second half and USC went down a big man when Chimezie Metu picked up his fourth foul with 12 minutes left.

Arizona took off from there — literally.

Rawle Alkins brought the pro-Arizona crowd to a roar with a two-handed dunk over Elijah Stewart and Ayton followed with another dunk to make it even louder, putting Arizona up 53-46.

Ayton kept dunking and the crowd kept roaring until the confetti cannons went off for Arizona's second straight title.