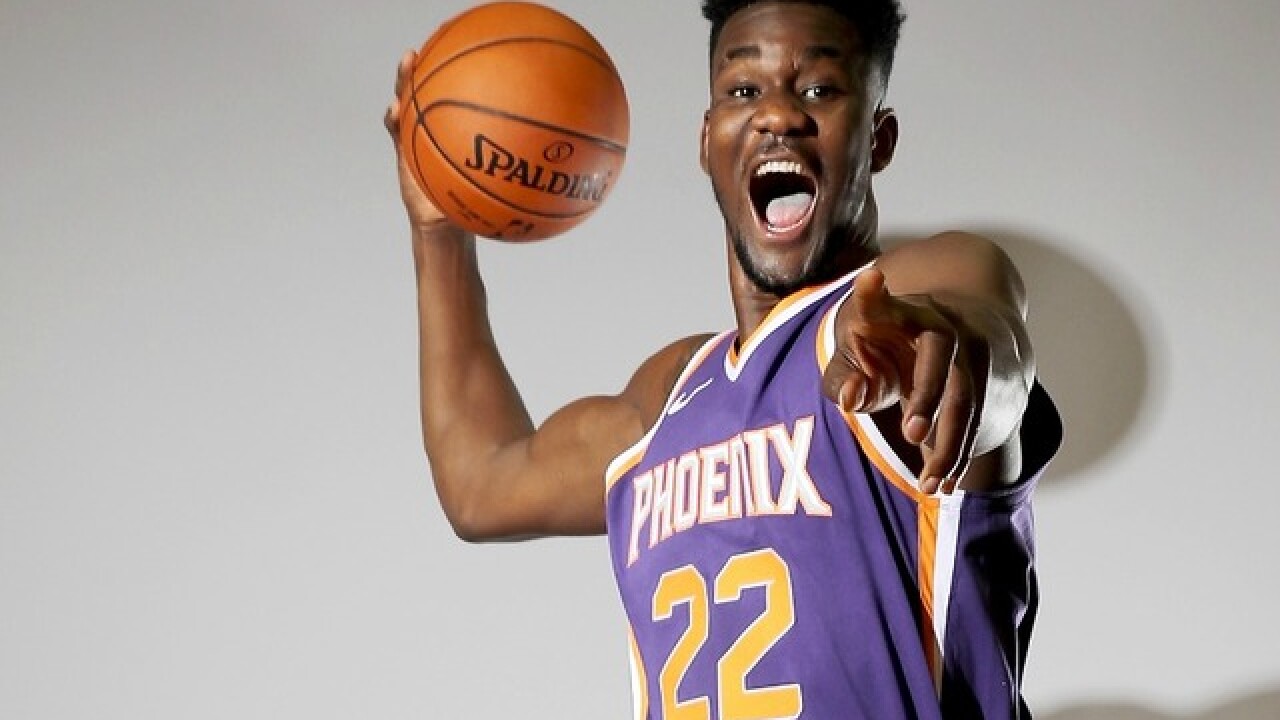 Copyright 2018 Scripps Media, Inc. All rights reserved. This material may not be published, broadcast, rewritten, or redistributed.
Elsa
<p>DeAndre Ayton of the Phoenix Suns poses for a portrait during the 2018 NBA Rookie Photo Shoot at MSG Training Center on August 12, 2018 in Tarrytown, New York. (Getty Images)</p>

After he was drafted by the Phoenix Suns with the No. 1 overall pick in June's NBA Draft, Deandre Ayton sidestepped a question about 76ers star and fellow NBA big man Joel Embiid.

"I have no comment on that one," Ayton said about a tweet from Embiid just moments after Ayton was drafted.

"Don’t compare Ayton to me either... I play DEFENSE," Embiid tweeted.

Well, Ayton has apparently decided to finally respond to Embiid's swipe -- not with words, but in the form of a drawing.

As part of last weekend's 2018 NBA rookie class photo shoot festivities, rookies were asked to create drawings in the back of their Panini American rookie cards.

Ayton's drawing? A depiction of him dunking on what certainly appears to be Embiid, with Embiid laying on the ground looking up at the 7-foot-1, 260-pounder.

Embiid himself appeared to get a kick out of the drawing. "I love when KIDS dream BIG," he tweeted while quoting the tweet that included the Ayton drawing.

Just in case you're wondering: The Suns' first matchup with Embiid and the 76ers will take place in Philadelphia on Nov. 19. The Suns and Sixers will then meet in Phoenix on Jan. 2. Go here for the Suns' complete 2018-19 schedule.