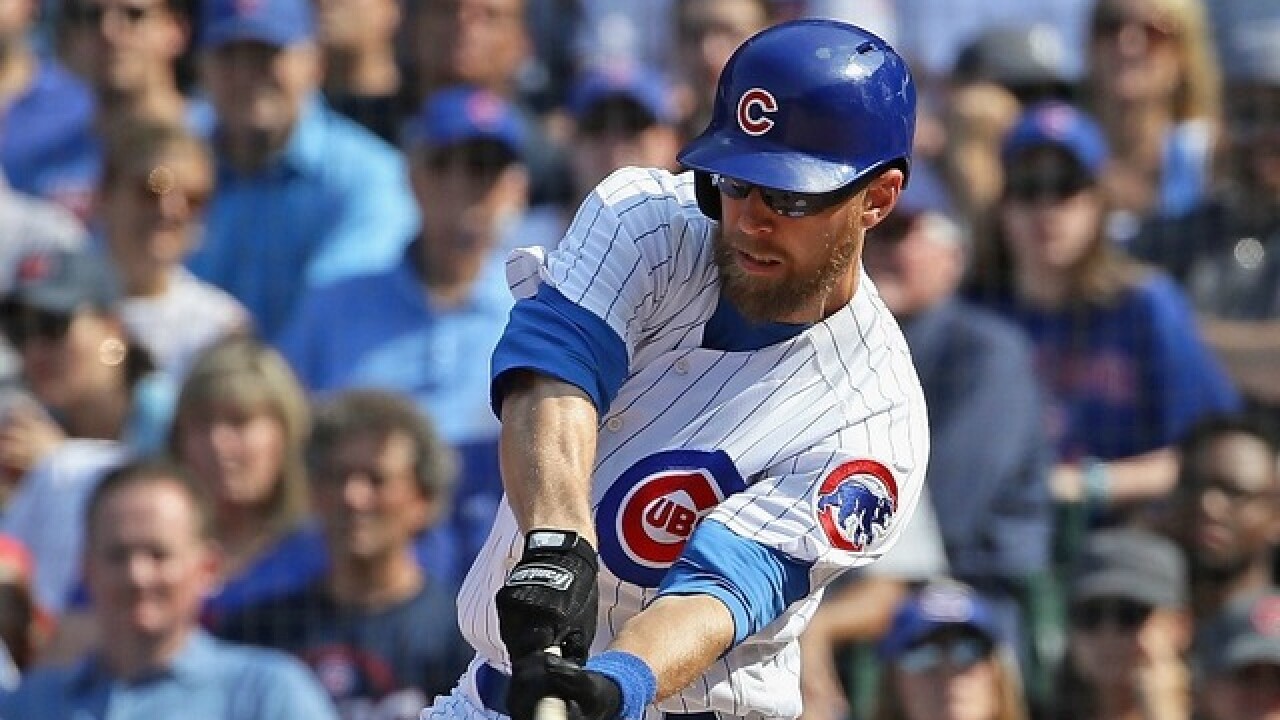 Ben Zobrist figured plate umpire Phil Cuzzi was going to give him the boot regardless, so the Chicago Cubs veteran didn't hold back during his first career ejection.

Zobrist told Cuzzi he would prefer an "electronic strike zone" before being ejected in the eighth inning of Chicago's 7-0 loss to the Milwaukee Brewers on Tuesday night. That came two innings after Cubs manager Joe Maddon was tossed for the second time in four games after Cuzzi called Zobrist out on strikes.

Zobrist was waiting on deck in the eighth when Javier Baez struck out to end the inning. Zobrist approached Cuzzi to say he didn't appreciate being told to "be quiet" after getting called out in the sixth on a pitch he thought was a ball. He wanted assurances that the umpire would look over the play and "make an adjustment."

"He didn't want me to tell him that," Zobrist said. "I just basically said, `Well, that's why we want an electronic strike zone.' And that's what obviously got me tossed."

#Cubs Ben Zobrist was ejected for the first time in his career. He said umpire Phil Cuzzi did not want to have a conversation with him about going back to make an adjustment after missing a call in a previous AB.

The slider that Zobrist took for strike three from starter Jhoulys Chacin has been called a strike 44.7 percent of the time, according to ESPN Stats & Info.

Maddon's ejection was his third this season. He also was thrown out Friday against Washington for arguing an interference call against Willson Contreras running out a ground ball.