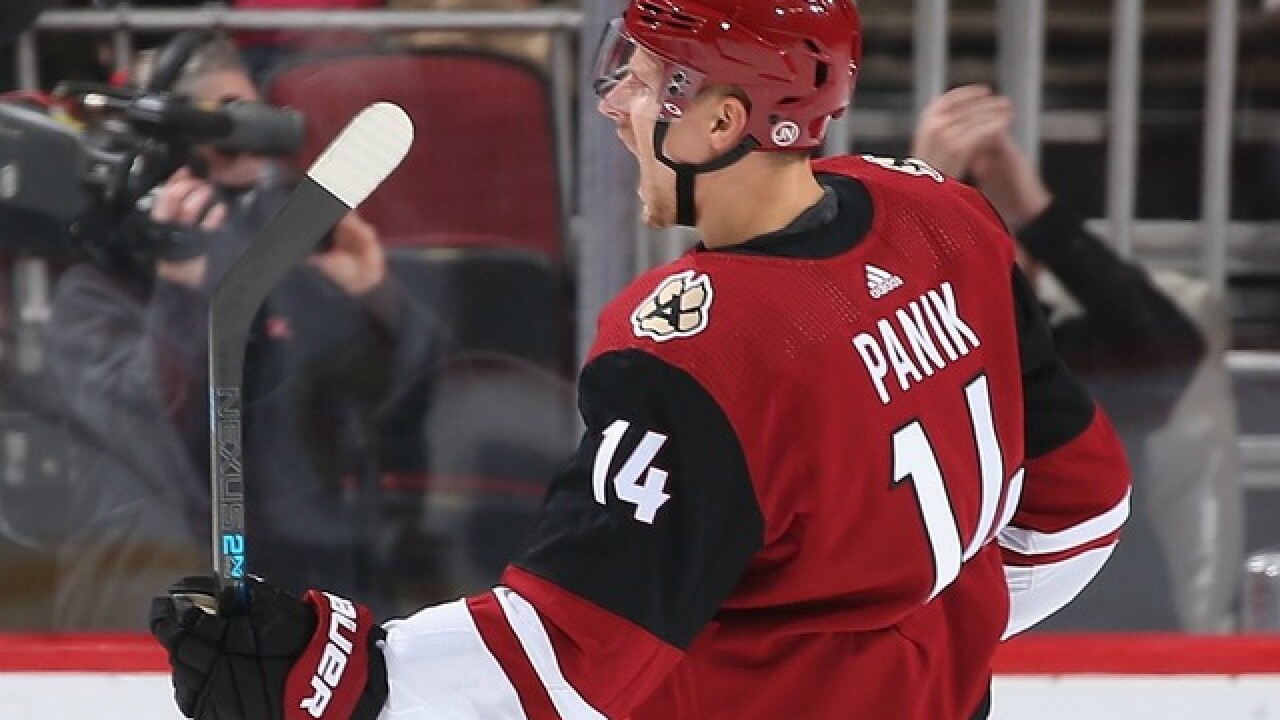 The Phoenix Coyotes became the Arizona Coyotes before in 2014.

The Arizona Coyotes had never won five games in a row.

The Coyotes' 4-3 overtime win over the Carolina Hurricanes in Glendale on Friday night gave them that fifth straight victory and their longest winning streak since Oct. 26-Nov. 5 of 2013. During that streak, they've outscored their opponents by a 24-7 margin. That includes a 7-1 win over the Tampa Bay Lightning on Saturday, their highest single-game goal total in over four years.

Friday's victory was a bit more difficult than the previous four. The Coyotes led 3-0 after the first period, but Carolina equalized with one goal in the second period and a pair of goals in the third.

No problem, though: Michael Grabner, a speedster whom the Coyotes acquired in the offseason, scored the game-winner 1:17 into overtime. Clayton Keller, the Coyotes' 20-year-old star who leads the team in goals scored, supplied the assist.

"You look at great teams, they're going to win some games that they shouldn't. It's nice for us to win those types of games," Coyotes coach Rick Tocchet said after Friday's win.

The Coyotes' goaltending, led by the 1-2 punch of Antti Raanta and Darcy Kuemper, has been outstanding during the team's win streak, and really through the entire season, as they've allowed an NHL-low 24 goals in 12 games.

Raanta, who's been one of the the NHL's best goaltenders since the middle of last season, made an incredible 48 saves on 51 shots Friday to help the Coyotes extend their streak to five.

Next up for the Coyotes: the Philadelphia Flyers in the final game of their five-game homestand on Monday night.

The Coyotes are on a mission to do something else they've never done since they were renamed: advance to the playoffs. The last time they made the postseason was in 2012, when they were still the Phoenix Coyotes.