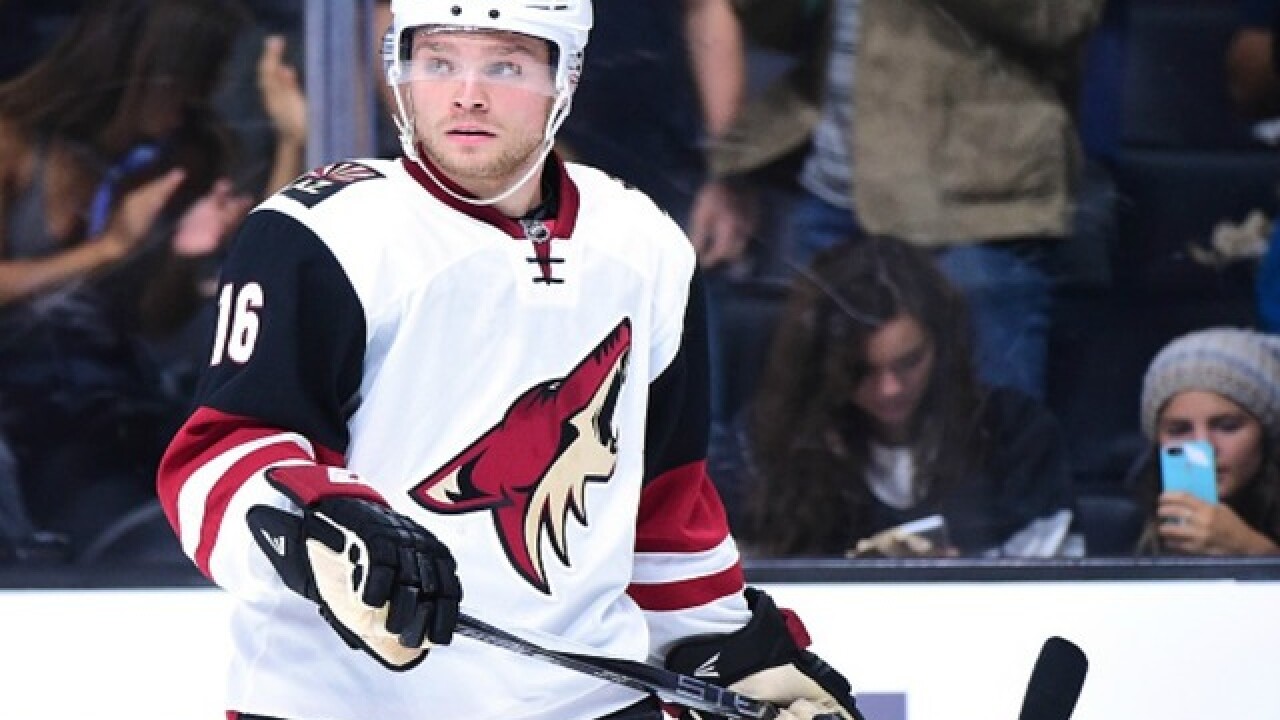 Copyright 2017 Scripps Media, Inc. All rights reserved. This material may not be published, broadcast, rewritten, or redistributed.
Harry How
<p>(Getty Images)</p>

Arizona Coyotes forward and fan favorite Max Domi is headed out of the Valley.

The Coyotes traded the 23-year-old Domi to the Montreal Canadiens in exchange for forward Alex Galchenyuk, the team announced Friday. Galchenyuk scored 19 goals and added 32 assists for the Canadiens last season, and he had a 30-goal season in 2015-16.

Domi was selected by the Coyotes with the 12th overall pick in the 2013 NHL Draft. He recorded 18 goals and 34 assists in his rookie season in Glendale and recorded nine goals and 36 assists last season.

For your contributions on and off the ice, thank you.

We wish you the best Max! pic.twitter.com/gJoSnZFin9

The 24-year-old Galchenyuk has two years remaining on his current contract and is set to make just under $5 million next season.

"Max is a talented player and a good person. Montreal will provide him with a fresh start. We wish him all the best in the future," Coyotes general manager John Chayka said in a statement. "Alex is a skilled, productive forward who has scored 30 goals in this league. We're excited to add another elite young player to our core group moving forward."