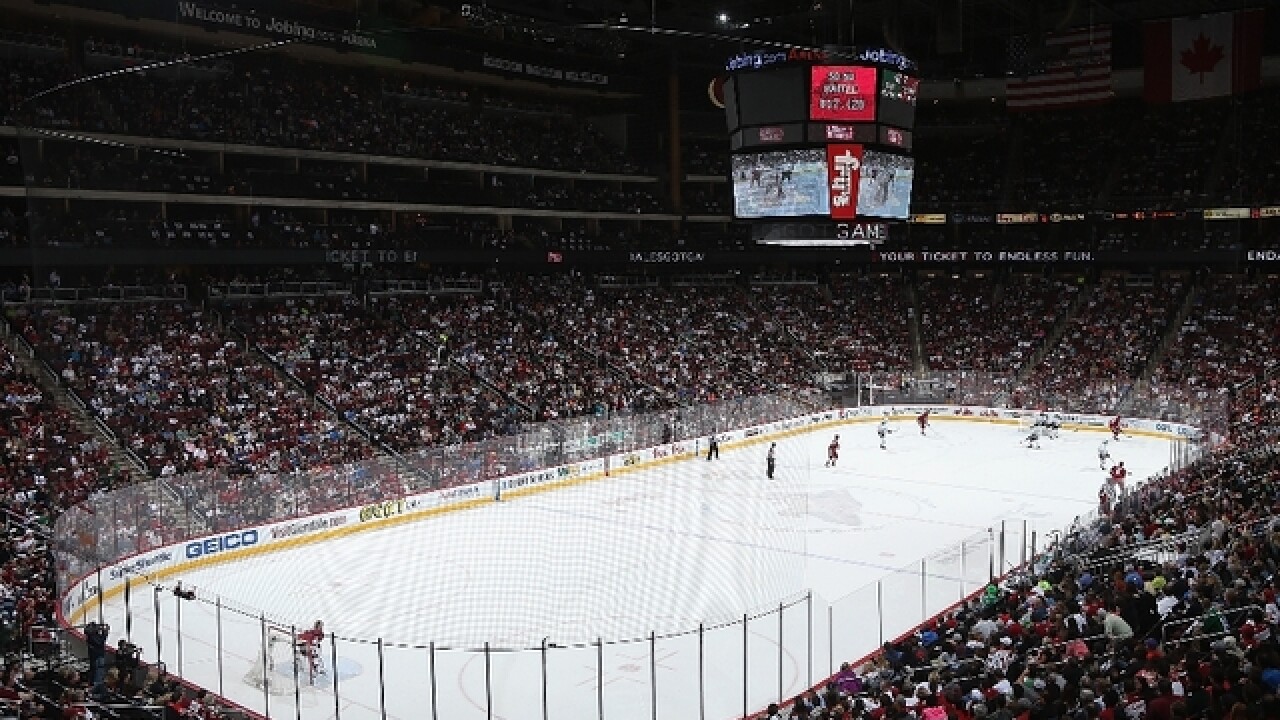 As a thank-you to fans, the Arizona Coyotes are planning to turn their home ice into the back pages of a high-school yearbook.

The Coyotes will allow fans, starting with season-ticket holders, to paint up the ice at Gila River Arena with personalized messages at the conclusion of the 2017-18 NHL season. The event will take place Sunday, April 15.

The event mirrors a similar opportunity that the Minnesota Wild gave to its fans in 2014.

"You ARE the best hockey fans in the world!" #mnwild #PaintTheIce @kare11 @wcco @fox9sports @kfan1003 pic.twitter.com/yqxG7pQCzC

Season-ticket holders who are already committed for the 2018-19 season will get first crack between 11 a.m. and 2 p.m. General fans will be allowed to do the same during an Open House event from 2 to 3 p.m. Fans will also have a chance to purchase season tickets at a discounted rate.

Those who plan to attend are asked to park in Lot G and enter Gila River Arena at Gate 6 North.