Could quarterback Kirk Cousins join the Cardinals? Experts weigh in 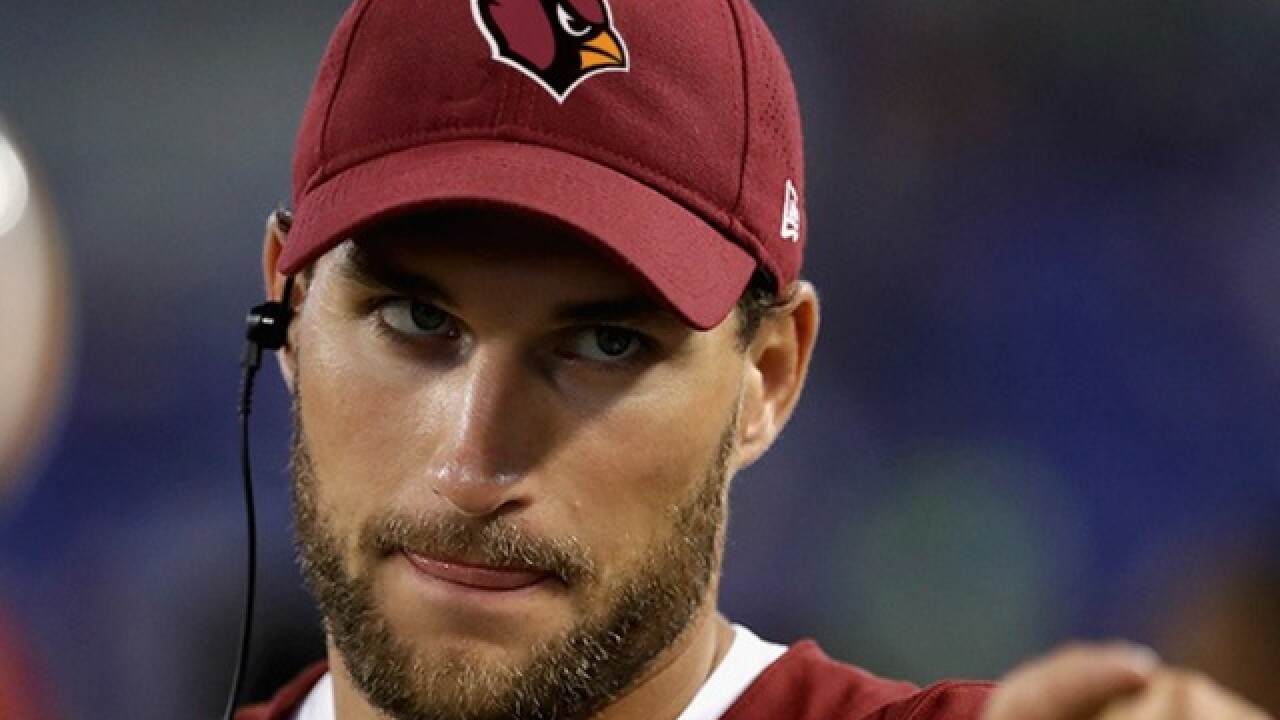 The Arizona Cardinals are in the market for a quarterback. Washington Redskins quarterback Kirk Cousins will be looking for a new home.

Could Cousins find his way to the desert?

New Cards head coach Steve Wilks has made it clear that the Cardinals will explore all options to find their next starting QB following the retirement of Carson Palmer on Jan. 2. Wilks said the NFL draft, free agency and trades are all on the table.

Enter Cousins, who is set to become the No. 1 free agent on the market following six seasons with the Redskins. But the 29-year-old former Pro Bowler will demand a lot of money -- far more than the $17.5 million Palmer made last season -- and competition to land his services will be fierce.

Here's what the experts are saying about the likelihood of Cousins winding up in the desert.

-ESPN's Mike Sando says the Cardinals are one of 11 -- yes, eleven -- possible landing spots for Cousins.

"The Cardinals, for all their talk about Blaine Gabbert, are in the market after Carson Palmer retired. Pairing Cousins with David Johnson and a talented defense could keep Arizona competitive in a post-Palmer world. General manager Steve Keim might need to make a bold move at the QB position to keep Arizona in the mix," Sando wrote.

However, Sando noted the Cardinals might go in another direction to find their QB of the future, including the NFL Draft. "The Cardinals could use a high draft choice for a quarterback or pursue another veteran to replace Palmer," he wrote. "It's unclear what direction new coach Steve Wilks might want to go."

"Carson Palmer's retirement leaves the Cardinals without a single quarterback under contract. New coach Steve Wilks emphasized to Arizona's brass that he wasn't prepared to take over a rebuilding effort in the desert," Wesseling wrote.

-USA Today's Nate Davis also has Arizona as one of seven places Cousins might go, assuming the Cards are willing and able to pay him.

"They're in desperate need after Carson Palmer's retirement and at a major competitive disadvantage in the NFC West, where the other three teams look to be set under center for the next decade," he wrote.

"The desert might be a nice draw considering the presence of RB David Johnson, WR Larry Fitzgerald — probably — and a sixth-ranked defense. But GM Steve Keim already has a lot of money tied up in this roster and looks to be quite hamstrung from a cap perspective heading into free agency."

-Neil Greenberg of the Washington Post ranked the seven best fits for Cousins, with the Cardinals coming in sixth out of seven.

Greenberg noted the Cardinals have some attractive pieces returning next season, including David Johnson, but noted "the offensive line is an issue: they allowed 217 total sacks, hits and hurries last year, second only to the Houston Texans (252)."

Greenberg believes the Vikings are best suited to acquire Cousins, followed by the Jaguars, Bills, Browns and Broncos.

-Ryan Wilson of CBSSports.com listed five teams as possible destinations for Cousins, but the Cardinals were not among them.

According to Wilson, the Jets, Jaguars, Broncos, Bills and Browns are the five teams Cousins is most likely to play for in 2018.