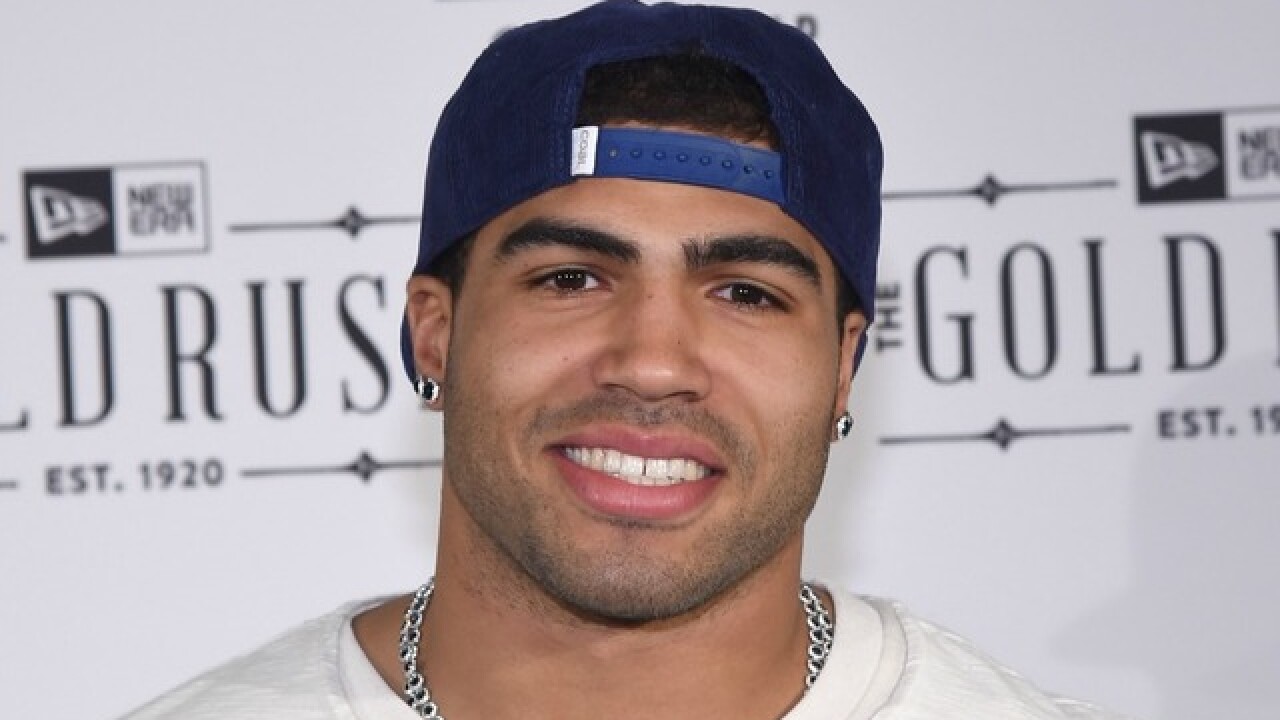 Co-defendant Damilare Sonoiki was paid $10,000 in kickbacks in the scheme from 2014-2015, as well as perks like tickets to Philadelphia Eagles games and tagging along to a music video shoot or nightclub appearances, said U.S. Attorney William McSwain. Kendricks won the Super Bowl with the Eagles last season before signing with the Browns in June.

Sonoiki had been working as a junior analyst at an unnamed investment bank in New York, prosecutors said. An IMDB profile lists him as a writer on the popular TV series "Black-ish" as well as other movies and TV shows.

In a statement released by his lawyer Wednesday, Kendricks said he is sorry and takes full responsibility for his actions.

"While I didn't fully understand all of the details of the illegal trades, I knew it was wrong, and I wholeheartedly regret my actions," he said in the statement. He also claimed he didn't take any of the profits for himself but didn't elaborate on where the money went.

"I am committed to repaying all of the funds gained illegally and accept the consequences of my actions," he said.

Kendricks said he has been cooperating with authorities since the investigation began.

McSwain declined to say when the investigation started, saying those details would come out in court.

The Browns didn't know the extent of Kendricks' involvement in the federal investigation when they signed him to a one-year, $2.25 million contract, a person familiar with the situation told The Associated Press on condition of anonymity because of the sensitivity of the matter. The person said the team was under the impression that Kendricks was not the focus of the probe or had done anything illegal.

Kendricks could face further discipline from the team, including potential dismissal. He will be an unrestricted free agent after this season.

McSwain along with representatives from the FBI and the Securities Exchange Commission-- which filed a separate complaint -- said Kendricks and Sonoiki used coded language in messages to try to hide their actions. McSwain said Sonoiki, who had limited trading powers at the time, would gave non-public information to Kendricks about acquisitions and other deals that would affect the price of securities for at least four different companies.

Stephanie Avakian, co-director of the U.S. Securities and Exchange Commission's Division of Enforcement, said in one message when Sonoiki was asking for payment, he told Kendricks that he liked Philadelphia bread used in cheesesteaks more than the bread in New York and asked that Kendricks bring him some.

They also had a conversation pretending to be talking about changing the number on Kendricks' jersey to 80, meant to signify the amount of money that should be deposited into a new trading account, she said.

If the men are convicted, they could face up to 25 years in prison and a fine of up to $5.25 million as well as the seizure of any profits made from the insider trading.

The Browns said in a statement they are aware of the charges and said Kendricks will not travel with the team to Detroit on Thursday for the game against the Lions.

The Browns signed Kendricks as a free agent in June, bringing on the Super Bowl winner to upgrade their linebacker corps following an 0-16 season. Kendricks spent six years with the Eagles, who drafted him in the second round in 2012 after he played at California.

The 5-foot-11, 240-pounder recorded a team-high eight tackles in last season's NFC Championship against Minnesota and had four in Philadelphia's Super Bowl win.