Check out what Phoenix Rising's MLS stadium would look like

Phoenix is one of 11 cities to place a bid for an expansion Major League Soccer franchise.

Phoenix Rising FC has gone all out to lure a Major League Soccer franchise to the Valley: the creation of a United Soccer League franchise, a top-notch ownership team, a world-renowned athlete/owner in Didier Drogba, a committed fan base and, perhaps most importantly, the ability to create a state-of-the-art stadium.

On Thursday, Phoenix Rising gave us a sneak peek at what that stadium would look like, as well as some of the features that will go with it.

Among other features, the 21,000-seat, $250 million stadium would include a number of measures to combat warm temperatures: a 360-degree concourse complete with ceiling fans, shaded seats and field, and a mist system.

The stadium would likely be located on the site of the current 6,200-seat Phoenix Rising FC Soccer Complex off McClintock Road and Loop 202 in Tempe, on the land of the Salt River Pima-Maricopa Indian Community. The stadium would be privately funded. 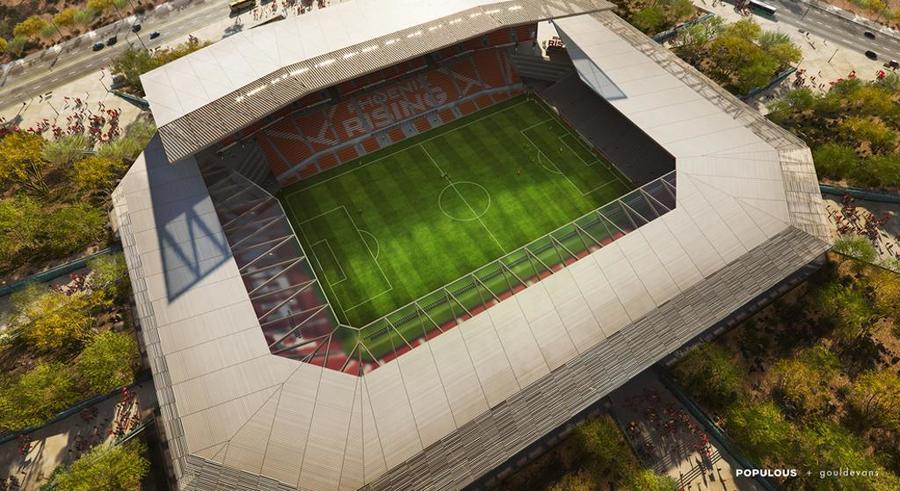 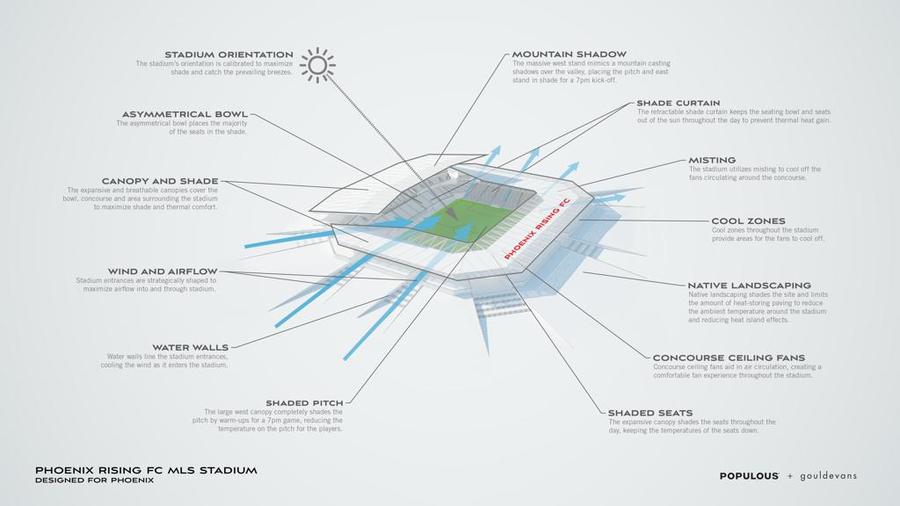 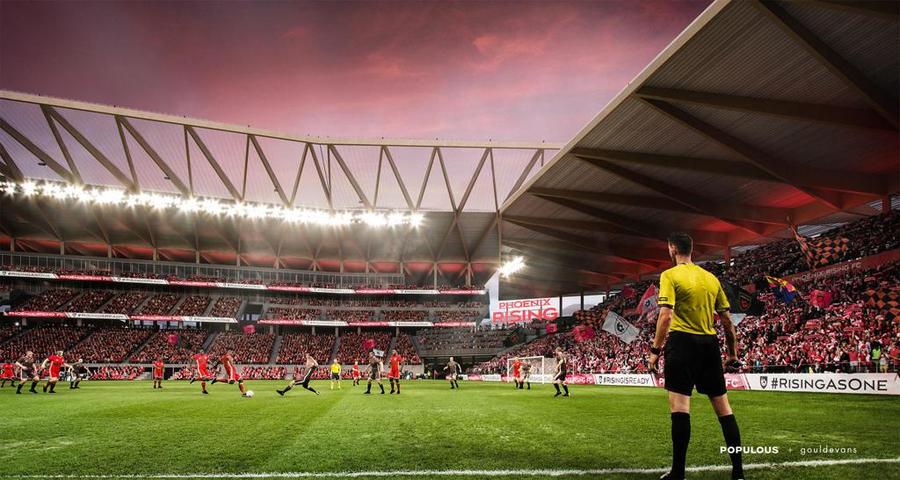 Populous, which has designed seven MLS stadiums, and Valley-based firm Gould Evans collaborated to create a stadium idea "inspired by the intimacy and energy of European soccer stadiums," according to Phoenix Rising.

Despite the Valley's 100-plus-degree temperatures, Phoenix Rising co-chairman Brett Johnson said the team decided against a dome for a number of reasons.

“Nine months of the year, Phoenix arguably has the best weather in the world. We never saw a reason to effectively penalize 3/4 of the year with a dome to satisfy 90 days of very hot weather,” Johnson told Sports Illustrated.

“Two other points are obviously the cost, and then our confidence that even with an open-air stadium, we’re more than confident we’ll be able to provide comfort based on the current designs. … The lack of humidity makes it much easier to address heat than markets like Houston or Orlando.”

Phoenix is one of 11 cities to place a bid for three expansion MLS franchises. Those franchises are expected to be awarded later this year.

“We want Phoenix Rising fans to have a game-day experience that is second-to-none, so comfort and first-class amenities are top priorities,” Scott Capstack, principal at Populous, said in a statement. “From the four unique seating sections to diverse social spaces, this stadium will be the standard-bearer for soccer in the southwest.”