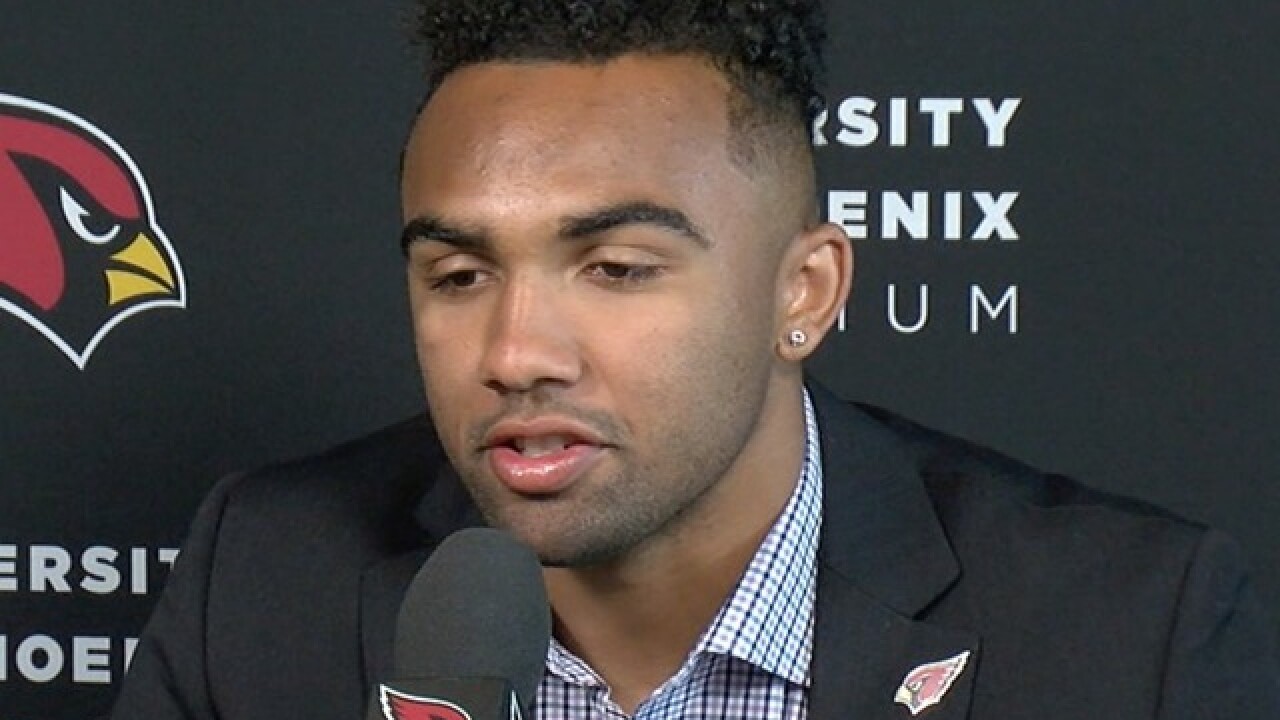 Charges against Arizona Cardinals rookie wide receiver Christian Kirk stemming from an incident at the Waste Management Phoenix Open in February have been dropped by the Scottsdale City Attorney's Office.

Kirk, a second-round pick by the Cardinals and a graduate of Scottsdale Saguaro High School, and a friend were arrested after they were seen throwing rocks at cars outside the Phoenix Open on the evening of Feb. 3, according to police. Kirk was charged with criminal damage and disorderly conduct.

"From the beginning, I was confident that the facts and the truth would ultimately validate the type of person that I am. I am grateful that was indeed the case," Kirk said in a statement via Twitter on Wednesday. "I appreciate all the support I have received while this process has played out, particularly from my family and friends as well as the Cardinals and this community."

After Kirk's arrest came to light in mid-May, the Cardinals said in a statement that they were aware of the arrest before drafting Kirk and looked into the incident on their own.

"We did our own independent research on it, and we felt very good about the information that we received, and that’s why we moved forward and drafted him," Wilks said the day after Kirk's arrest was reported. "As I stated before, we want to bring in great-character guys, and I think Christian is one of those guys."

The 21-year-old Kirk was selected by the Cardinals with the 47th overall pick in the 2018 NFL Draft. He was rated by ESPN as the third-best wide receiver in the 2018 draft class.