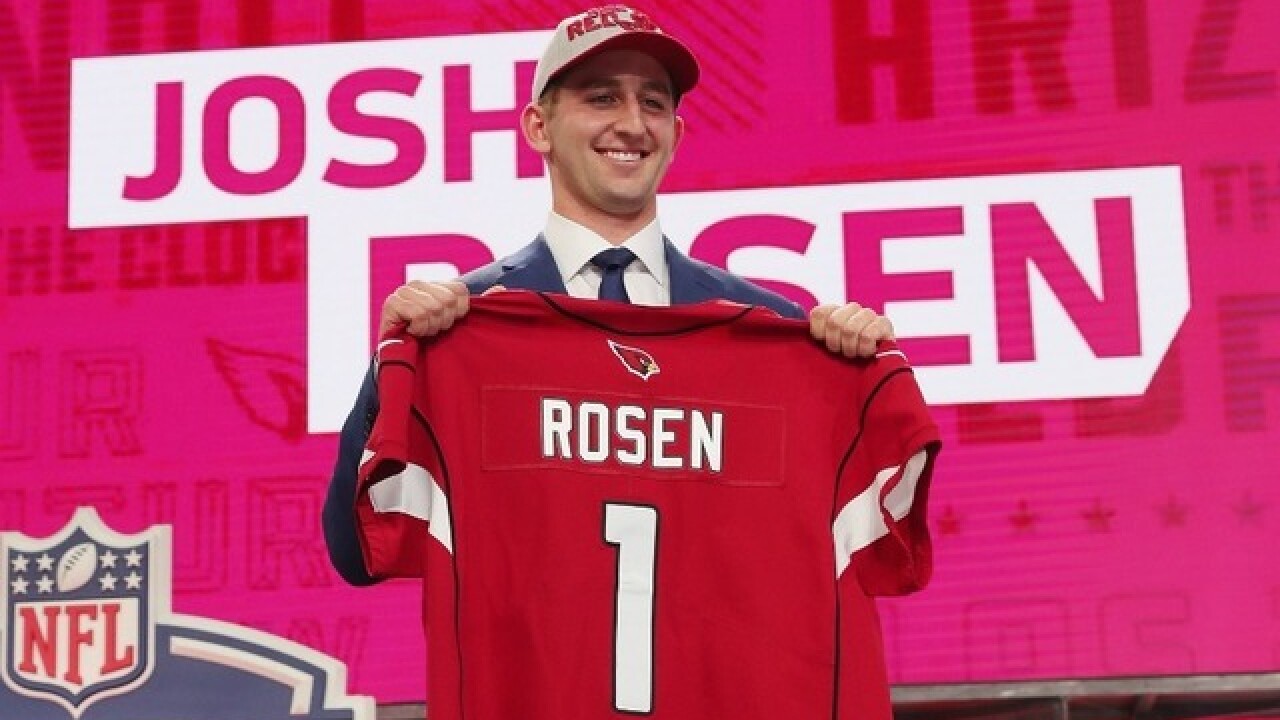 Copyright 2018 Scripps Media, Inc. All rights reserved. This material may not be published, broadcast, rewritten, or redistributed.
Tom Pennington

The Arizona Cardinals have locked up their quarterback of the future for at least the next four years.

The team announced Thursday that Josh Rosen, the No. 10 overall pick in the 2018 NFL Draft, has agreed to a four-year contract with an option for a fifth year, just one day before the team's rookie minicamp is set to begin.

Per Forbes.com, Rosen will make just under $18 million during his four-year deal.

Rookie minicamp hasn't started yet, but @josh3rosen has officially signed his deal! pic.twitter.com/yP1Z0UbOGP

The Cardinals traded up in the first round of last month's draft to select the 21-year-old Rosen. Despite being the fourth QB selected in the draft, a number of experts believe the former UCLA standout is the best pure passer in the 2018 class.

Rosen will compete for the Cardinals' starting QB position with veterans Sam Bradford and Mike Glennon, both of whom were signed by the team in March.