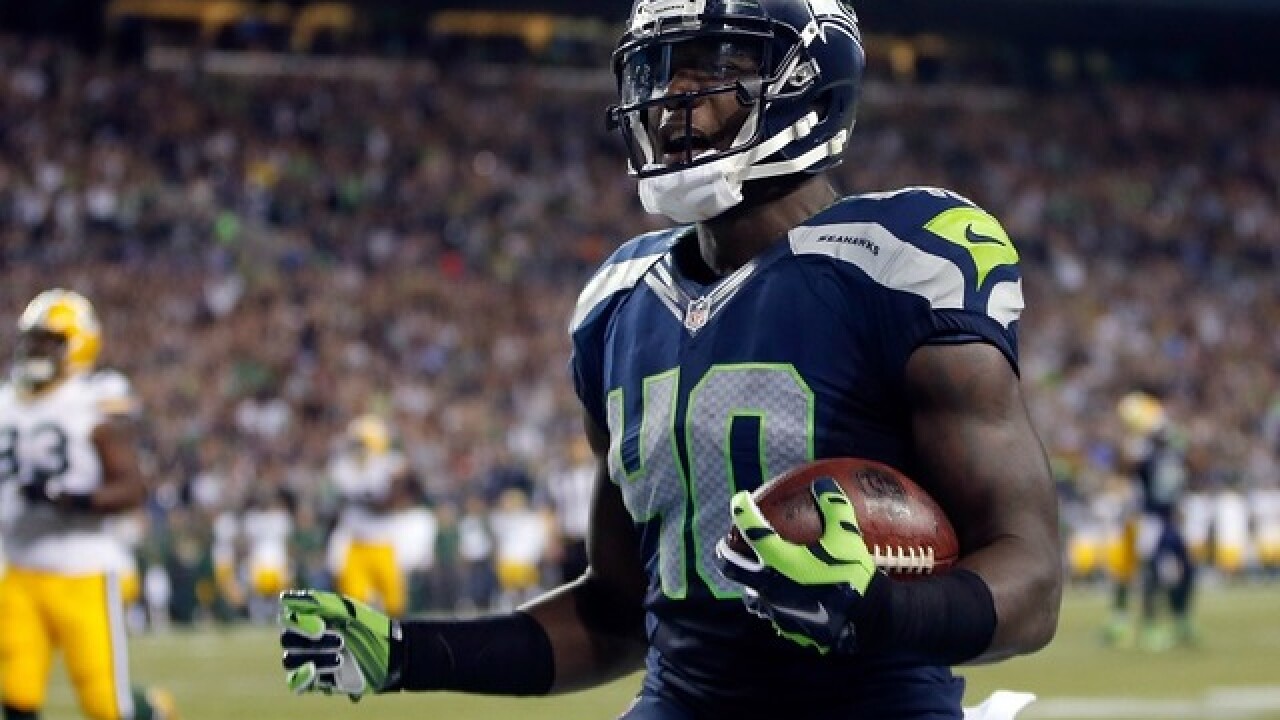 Copyright 2018 Scripps Media, Inc. All rights reserved. This material may not be published, broadcast, rewritten, or redistributed.
Otto Greule Jr
<p>Fullback Derrick Coleman #40 of the Seattle Seahawks celebrates after scoring a touchdown in the fourth quarter of the game against the Green Bay Packers at CenturyLink Field on September 4, 2014 in Seattle, Washington. (Getty Images)</p>

The 27-year-old Coleman has played in five NFL seasons and won a Super Bowl XLVIII championship with the Seattle Seahawks. He played four seasons with the Seahawks and spent the 2017 season with the Atlanta Falcons.

The 6-foot, 233-pound Coleman lost his hearing when he was three years old due to a genetic disorder but went on to become the first-ever legally deaf individual in NFL history to play on the offensive side of the ball. He gained national attention after appearing in a Duracell commercial in 2014.

Coleman served a four-game suspension in 2016 following his involvement in a hit-and-run accident. Coleman, who suffered a concussion during the accident, missed the entire 2016 season but played in all 16 games last season for the Falcons.

"Anytime you get into an accident like that, where somebody else gets hurt, you feel regret," Coleman told ESPN after the 2016 season. "When you look at everything after it was said and done, it was disregard for the safety of others. That’s what you’ll see when you look at my record."