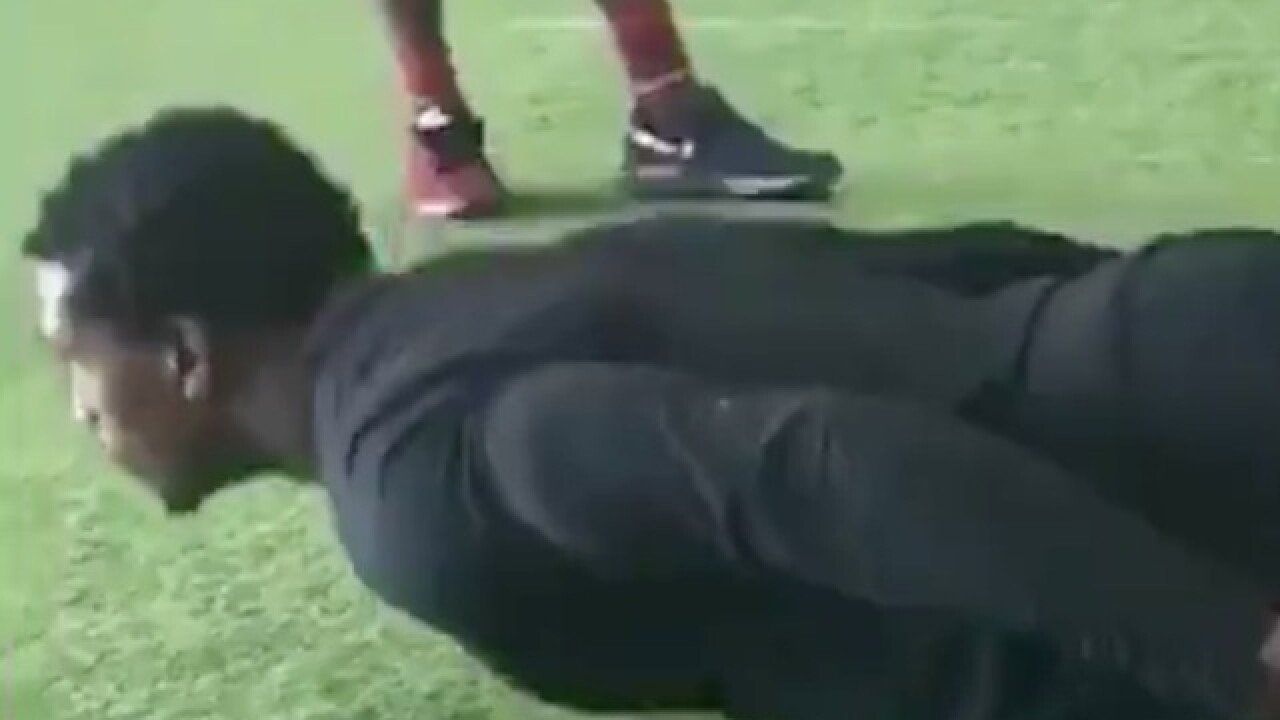 On Tuesday, Arizona Cardinals rookie running back Chase Edmonds swung by ABC15 to chat with sports director Craig Fouhy on a number of topics, including the intelligence of quarterback and fellow rookie Josh Rosen.

Shortly after that visit, Edmonds posted a video to his Twitter page that has become the talk of the football world.

In that video, the Cardinals' fourth-round pick showed some amazing strength during this workout regimen in which he... well, it's tough to describe. Watch for yourself:

Not one, not two, but three times. (via @ChaseEdmonds22) pic.twitter.com/5gCCmRzduc

As you can see, ESPN caught notice of Edmonds' ability, as did other national sports media outlets. But it turns out the video isn't new, as it was originally posted on his Instagram page in early February -- two and a half months before he was drafted by the Cardinals.

"I’m only chasing after bags now, I got a game plan," Edmonds wrote next to his Instagram post, along with these words of wisdom: "Don't try this one at home."

So, yeah, it'll be easy for Cardinals fans to root for Edmonds, who plans to pay off $80,000 in student loans for his sister, a Valley resident and ASU alum.