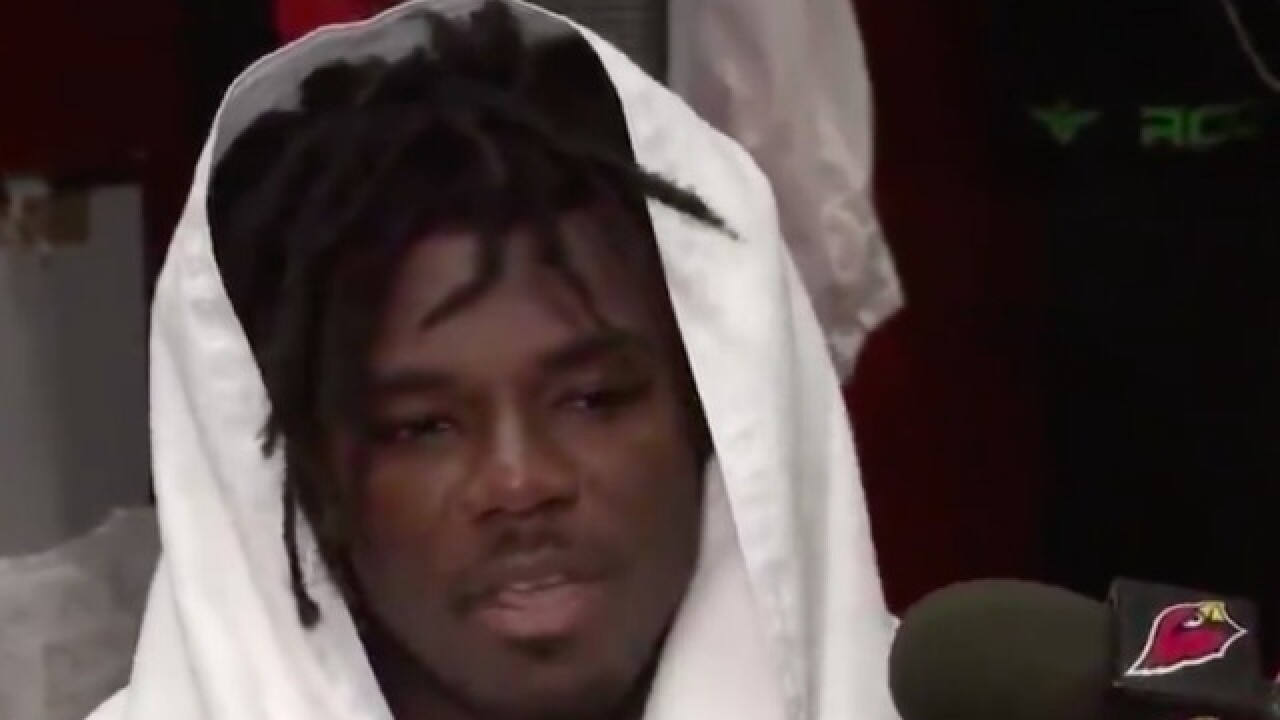 Copyright 2018 Scripps Media, Inc. All rights reserved. This material may not be published, broadcast, rewritten, or redistributed.
<p>(Via @AZCardinals/Twitter)</p>

Chad Williams has gotten some attention for his stellar play on the field during the Arizona Cardinals' first two preseason games.

The second-year pro got some off-field attention Thursday following his impression of his elder teammate and fellow wide receiver.

SEE ALSO: 3 big questions for the Cardinals' preseason game vs. the Cowboys

Williams, the Cardinals' third-round NFL Draft pick in 2017, touched on a number of topics during his impression, including how Larry's hands stick to everything -- the reason why he never drops a pass. Williams even sat in a chair in front of his locker during the interview, a long-time Fitzgerald trademark.

"Have I ever dropped a pass? I don't know what a drop is."@Go_10_ with his best @LarryFitzgerald impersonation 😂 pic.twitter.com/en1i6sYmLW

I couldn't stop laughing at this video @Go_10_ but 1st off you used the white voice from "Sorry to Bother You" which is appalling. Smh. 2nd you used I or me 22 times which I would never do in an interview. Tighten up youngin https://t.co/MWTZq3NJbk