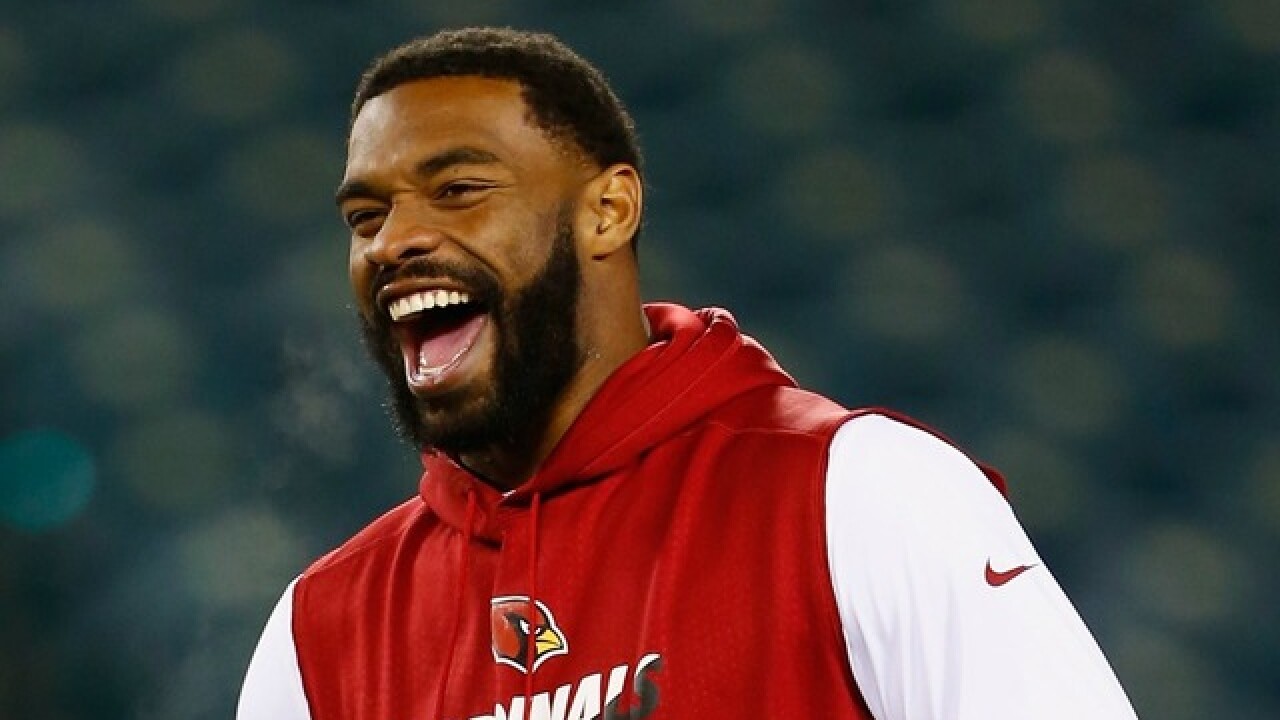 Much to his surprise, a $50 act of kindness made Arizona Cardinals tight end Jermaine Gresham an internet hero.

"It was crazy," he said after the Cardinals went through voluntary workouts recently. "I really wasn't expecting it."

It all started when Gresham was standing in line behind Delilah Cassidy at an American Airlines gate at Los Angeles International Airport.

He could hear her being told that under the airline's policy, she had to pay $25 for each of two carry-ons that wouldn't fit under her seat. She had cash but it wasn't accepted at the gate so she was in danger of missing her flight. So Gresham pulled out his credit card and paid, a random act of kindness.

"That's pretty much what it was," he said. "I hope anyone would have done that. I don't know. I just felt that's how I was raised, my core values. Somebody in distress, just help them out. Nothing more, nothing less."

To say Cassidy was grateful is an understatement.

Cassidy said that when they landed, she offered to pay him in cash but he declined and told her to pay it forward.

She had her photo taken with Gresham and told her story on Twitter. It went viral.

Gresham had no idea until he heard from a Cardinals employee who follows such things.

He seemed surprised that what he considered a small gesture wound up being such a big deal.

Gresham, who is recovering from Achilles tendon surgery, said he made a great investment.

"I hope everybody in the world would do something like that," Gresham said. "Seeing her smile and her appreciation was worth it 10 times over."

Of course he couldn't escape some gentle ribbing from teammates.

"That's the Walter Payton Man of the Year right there," offensive tackle D.J. Humphries said as he walked by.