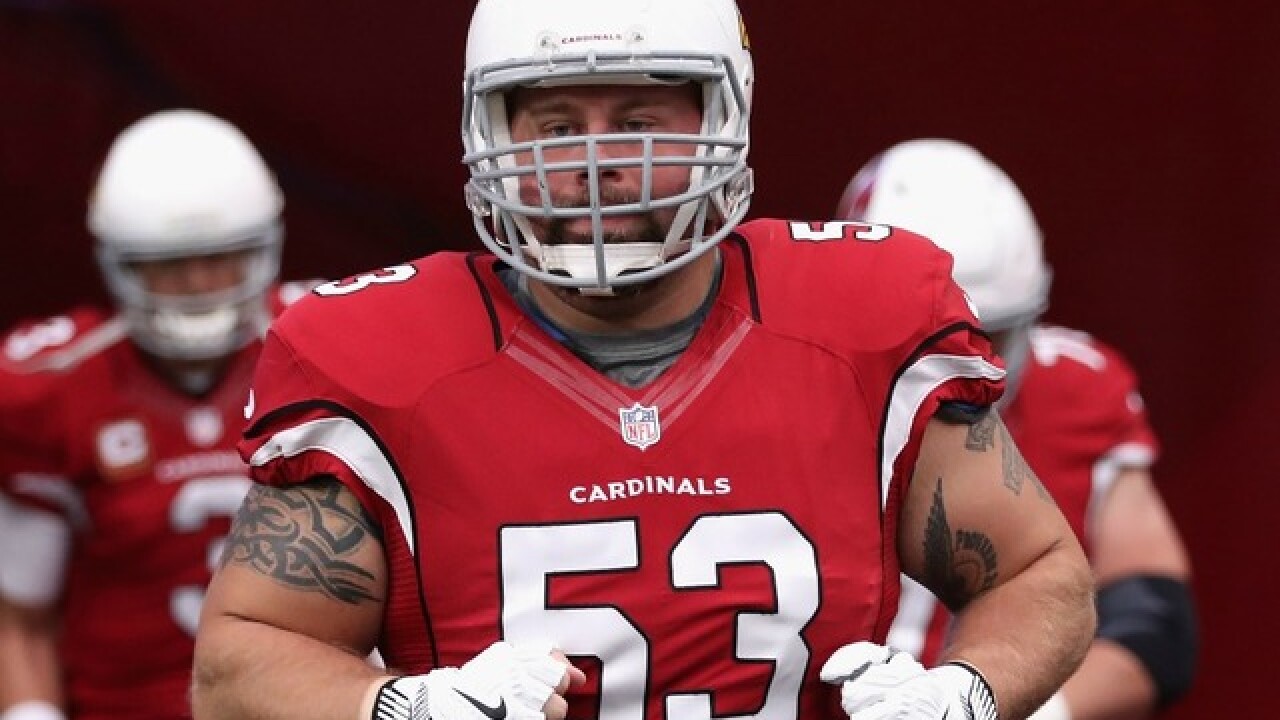 Copyright 2018 Scripps Media, Inc. All rights reserved. This material may not be published, broadcast, rewritten, or redistributed.
Christian Petersen
<p>Center A.Q. Shipley #53 of the Arizona Cardinals runs out onto the field before the NFL game against the New England Patriots at the University of Phoenix Stadium on September 11, 2016 in Glendale, Arizona. (Getty Images)</p>

Arizona Cardinals starting center A.Q. Shipley was carted to the locker room after injuring his leg during practice Saturday.

Shipley was able to walk off the field on his own but after a brief time in an examination tent was taken to the locker room on a cart, a towel draped over his head.

The six-year NFL veteran started all 16 games in each of the past two seasons.

There was no post-practice coach availability and the team has Sunday off so the extent of the injury might not be publicly known until the team resumes training camp on Monday.

Rookie Mason Cole, a third-round draft pick out of Michigan, replaced Shipley with the first unit following the injury.

“(Shipley is) one of our veteran leaders, somebody who has been in the league a long time, knows what to expect, helps the guys around him. We’re hoping everything is all right," Cardinals defensive tackle Corey Peters told AZCardinals.com after practice.