Boy who had no one show to birthday party gets royal treatment by Suns, Coyotes 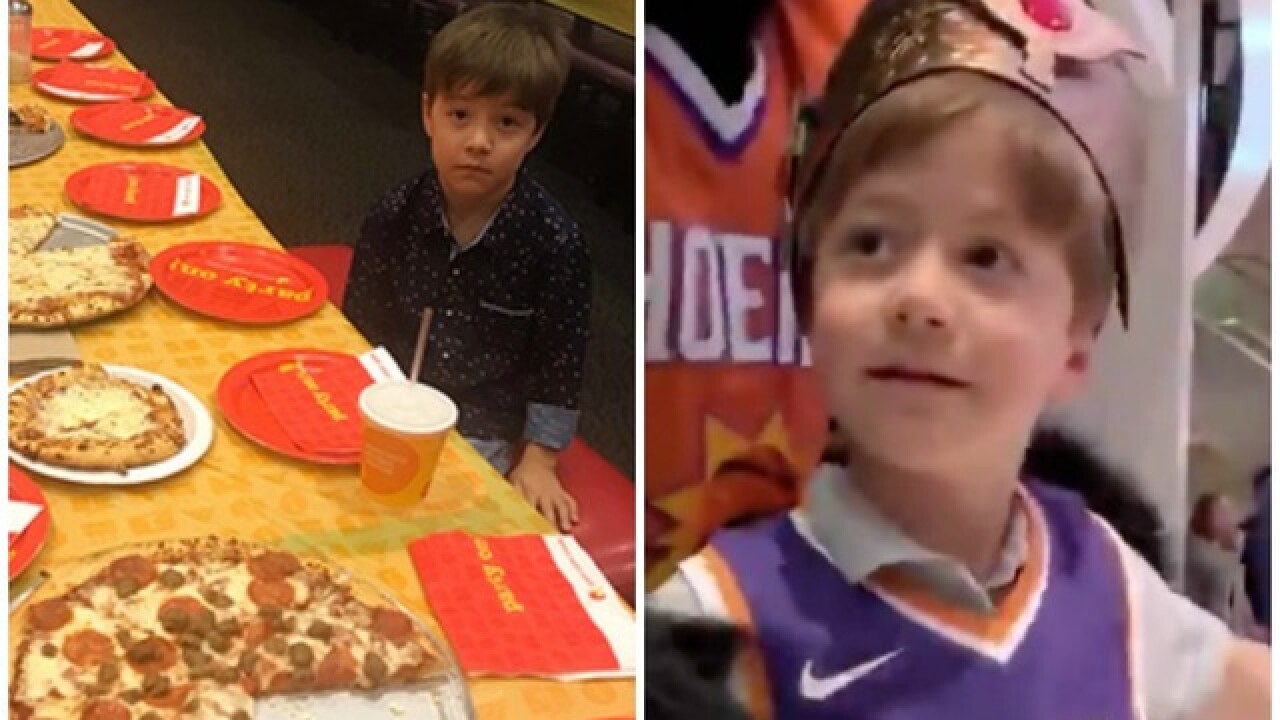 The 6-year-old boy whose friends apparently bailed on his birthday party in Tucson last weekend received the royal treatment by three Valley teams: the Phoenix Suns on Wednesday night, Phoenix Rising FC on Friday night and the Arizona Coyotes on Saturday night.

Teddy, whose story went viral after his friends apparently decided not to show up at his birthday party at Peter Piper Pizza, was quickly offered tickets by the Suns to Wednesday's game vs. the Los Angeles Lakers in Phoenix.

Teddy took up the Suns on their offer -- and before the game even began, he was treated like a king, as the Suns Gorilla himself adorned Teddy with a crown and a personalized Suns jersey. Teddy also got to hang out with Suns forward Josh Jackson before the game.

Two days later, Teddy was invited to Phoenix Rising's playoff game vs. Swope Park Rangers in Tempe. Teddy received another personalized jersey and got to hang out on the field before the game.

Then, on Saturday, Teddy was spoiled once again, by the Arizona Coyotes in Glendale. Teddy proved to be a good-luck charm, as the Yotes went on to beat the Tampa Bay Lightning 7-1 -- the most goals the Coyotes scored in a single game in over four years.

TEDDY IS IN THE BUILDING! 👑 pic.twitter.com/jiht7INcgU

The most popular person in our building tonight! #ThisIsWhyWePlay pic.twitter.com/jENQTi5tec

When we saw on social media that no one showed up to Teddy's 6th birthday we knew we could help.

What better than a party with @j_chychrun7 and the Yotes? Thank you to #OurPack for giving Teddy a night of hockey he'll never forget. pic.twitter.com/GQQckDIPzI