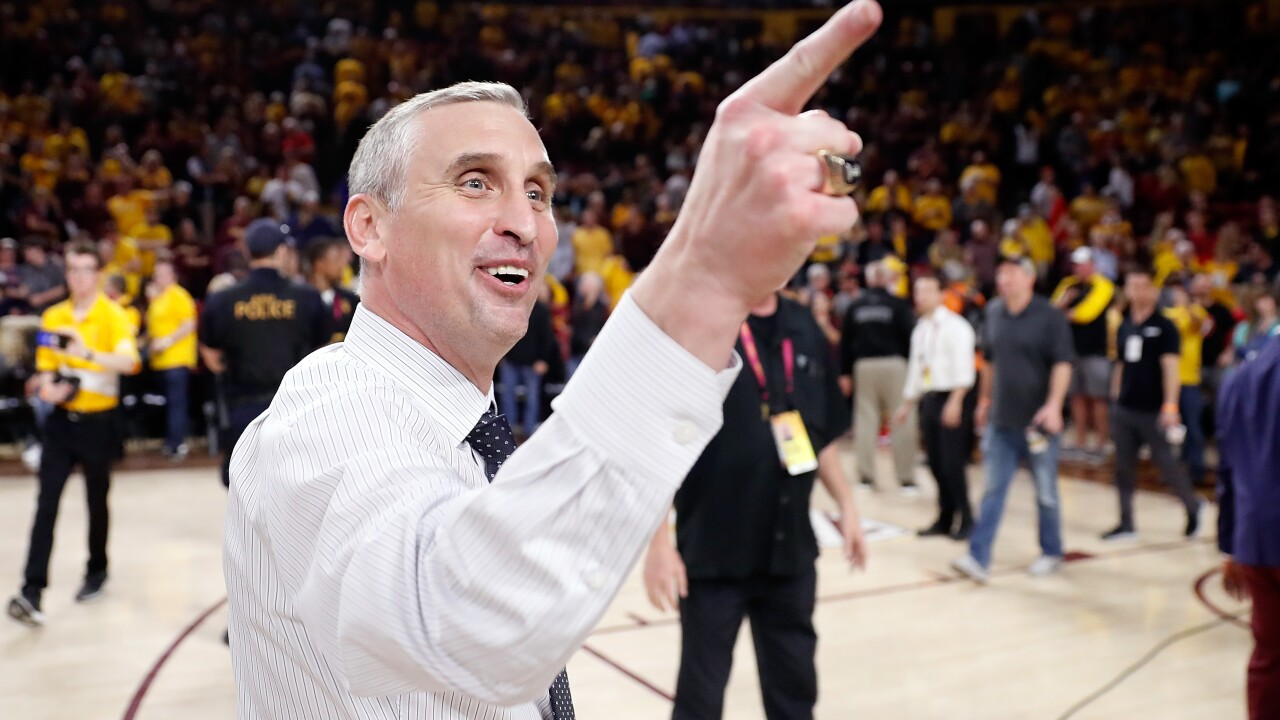 Arizona State men's basketball coach Bobby Hurley says he is working on a contract extension to remain at ASU.

Amid reports that Hurley was St. John's' No. 1 choice to be its next head coach, Hurley tweeted a statement Thursday saying he is working on a contract extension to stay in Tempe.

"My family and I are proud to be Sun Devils and want to remain at Arizona State for a long time," Hurley said. "We are in discussions to extend our agreement and I look forward to continuing to build our program for long-term success."

Hurley's team won its first NCAA tournament game in a decade (fittingly, against St. John's) this year before being blown out by Buffalo in the Round of 64. The Sun Devils finished the 2018-19 season with a 23-11 overall record and a second-place finish in the Pac-12, tied for the best Pac-10/12 finish in school history.

Under Hurley, the Sun Devils advanced to the NCAA Tournament in consecutive seasons for the first time since 1980-81. Hurley is 73-58 in four seasons at ASU.

Hurley's current deal with ASU runs through 2023. He earned $2.6 million with the Sun Devils last season.