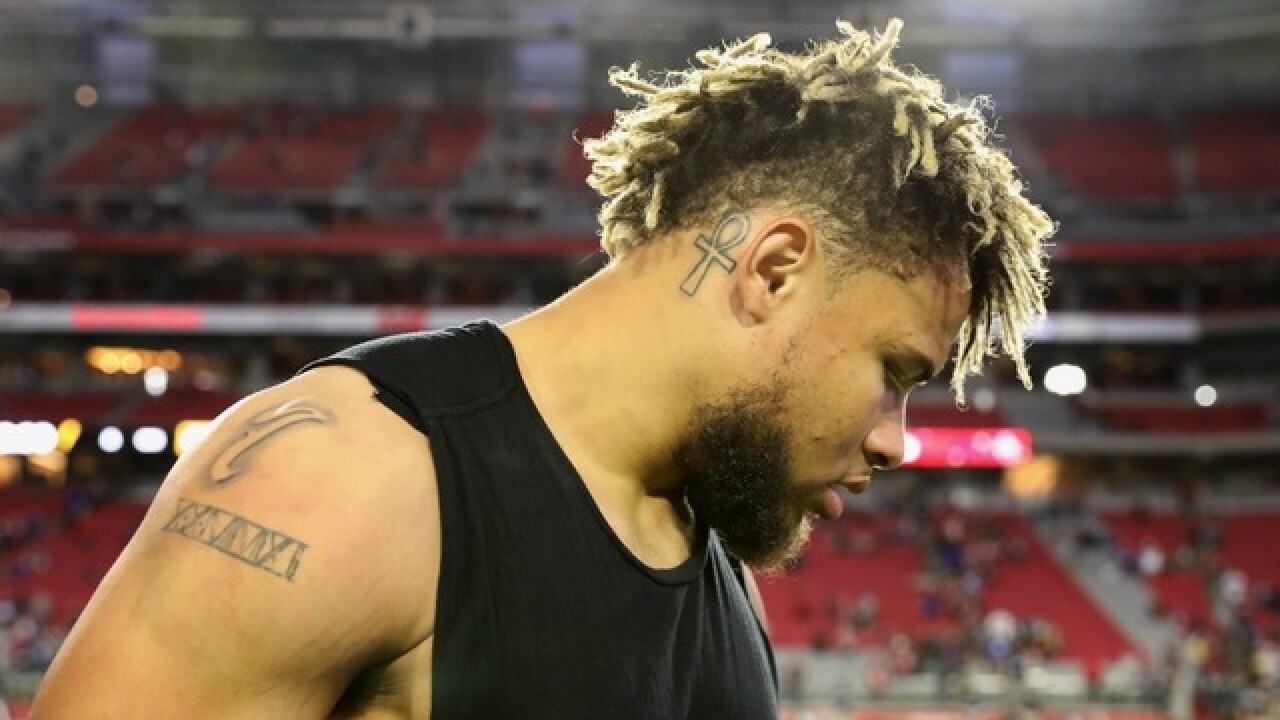 Copyright 2018 Scripps Media, Inc. All rights reserved. This material may not be published, broadcast, rewritten, or redistributed.
Christian Petersen
<p>Free safety Tyrann Mathieu #32 of the Arizona Cardinals walks off the field following the NFL game against the New York Giants at the University of Phoenix Stadium on December 24, 2017 in Glendale, Arizona. The Arizona Cardinals won 23-0. (Getty Images)</p>

Tyrann Mathieu is a great football player. He’s also a great human and a great story. I’d consider myself a Honey Badger fan. But he needs to approach this offseason negotiation with the Arizona Cardinals with some humility and a healthy dose of reality.

The reality is, if Mathieu remains on the Cardinals' roster March 14, the team will be forced to pay him a whopping $19 million over the next two seasons. The big question for general manager Steve Keim and company: Is he worth it?

If we’re talking about Tyrann Mathieu of 2015, absolutely. You might even call it a bargain. Present day, it’s not such an easy question to answer.

It’s why the Cardinals have officially asked Mathieu to take a pay cut, according to NFL.com’s Gregg Rosenthal. That request doesn’t seem to sit well with Mathieu, who said, "Taking money out of my pocket, I don't like how that feels."

You don’t like how that feels? How do you think your teammates, coaches, and front office feel about having one of their best players on the sideline for a good part of the last five seasons?

Let’s be honest: Mathieu’s NFL career so far, while impressive, has been riddled with injuries. Not one, but two torn ACLs, a shoulder injury, and a broken thumb.

Based on injury proneness alone, Mathieu should be willing to reach into his pocket and put a sliver of that $62.5 million contract back on the table. Could he find another team that will pay him what he wants? Probably. But from the team that took a chance on him in the draft, the team he says he still wants to play for, is it so much to ask for a little give and take here? Isn’t it worth considering a restructured deal if it means helping your team free up some much-needed cap space?

I get it. As Mathieu said himself, “It’s a business.” But sometimes business can be done in a way that makes sense for both parties.