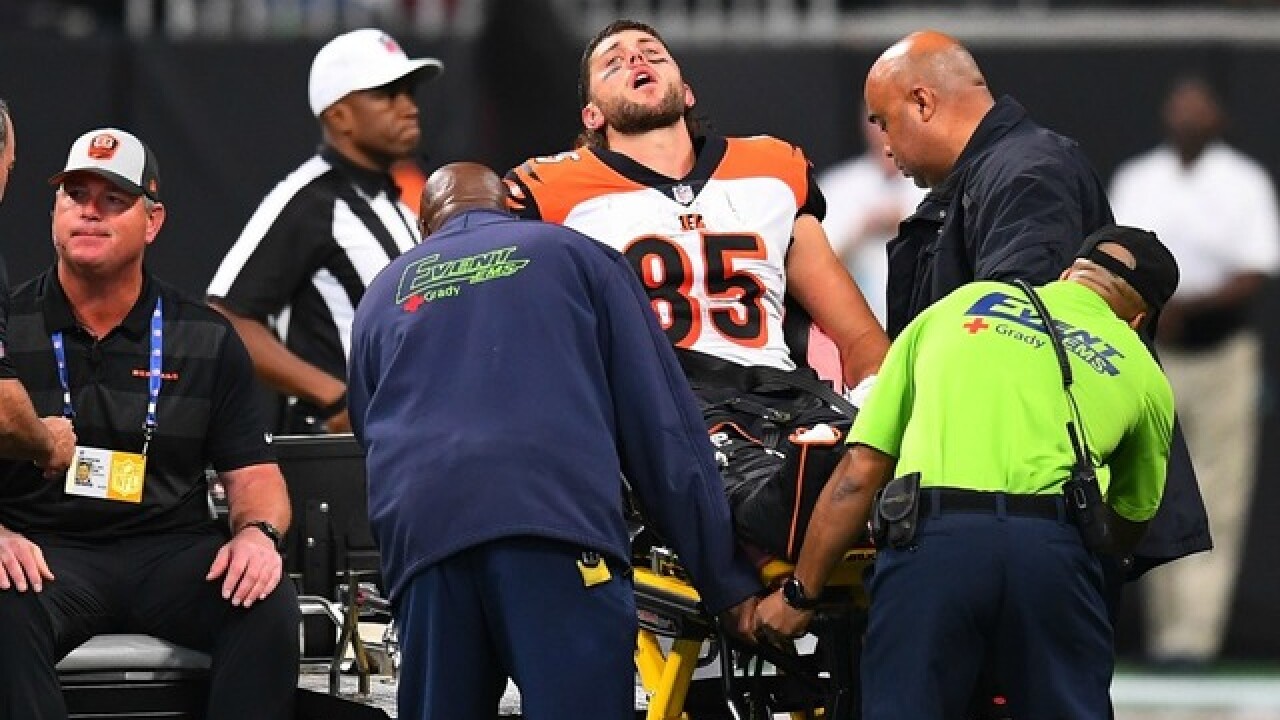 Copyright 2018 Scripps Media, Inc. All rights reserved. This material may not be published, broadcast, rewritten, or redistributed.
Scott Cunningham
<p>Tyler Eifert #85 of the Cincinnati Bengals is carted off the field after an injury during the third quarter against the Atlanta Falcons at Mercedes-Benz Stadium on September 30, 2018 in Atlanta, Georgia. (Getty Images)</p>

Cincinnati Bengals tight end Tyler Eifert was carted off the field in the third quarter of the Bengals' game vs. the Atlanta Falcons on Sunday after suffering a gruesome-looking leg injury.

The injury occurred when Eifert was tackled by Falcons linebacker De'Vondre Campbell early in the third quarter. Eifert's leg became trapped under Campbell, and his foot was visibly positioned at an awkward angle following the play. ESPN's Adam Schefter reported Eifert broke his ankle on the play and he will undergo surgery.

Warning: The video is not for the squeamish.

The 28-year-old Eifert has been plagued by injuries throughout his NFL career; he only played in five games in his previous two NFL seasons.

Eifert scored a touchdown earlier in the game, and he celebrated the score by acting as though he was chugging a beer.