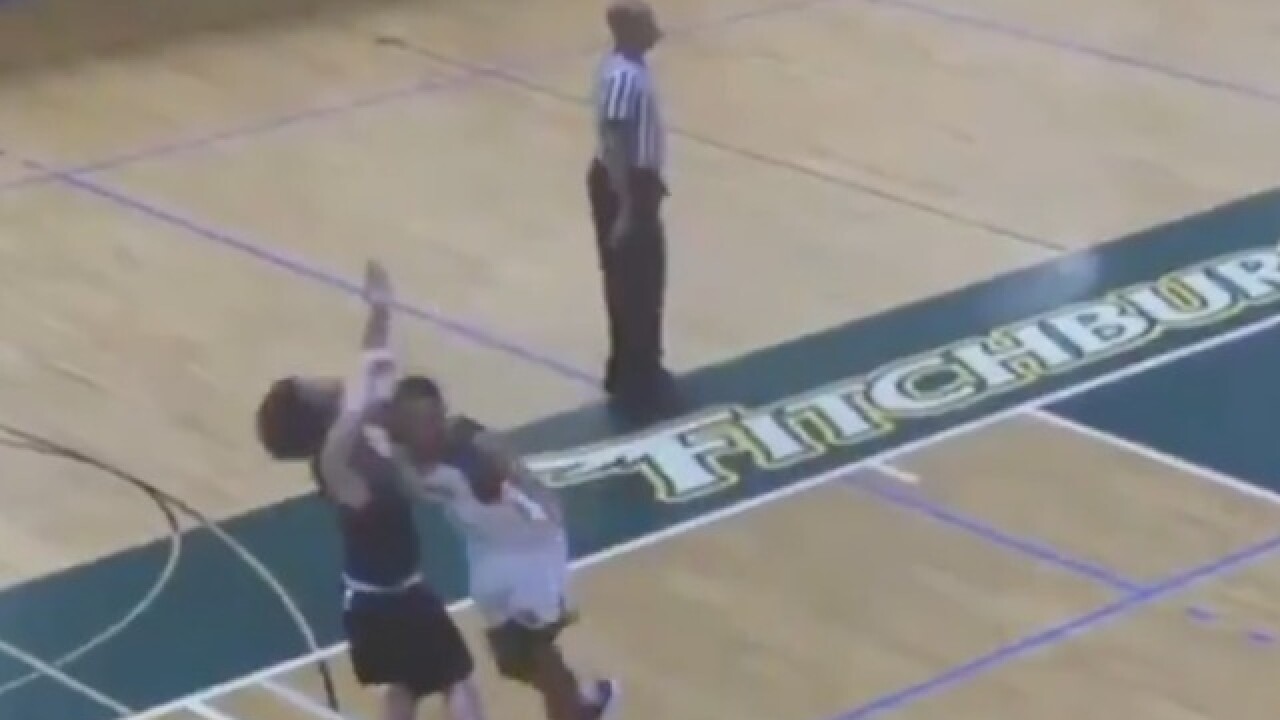 Division III Fitchburg State player Kewan Platt has apologized after elbowing an opponent to the face in a game earlier this week.

Platt struck Nichols College player Nate Tenaglia in the face after Tenaglia attempted a 3-point shot late in the game. Platt appeared to check if the referee was watching the play before elbowing Tenaglia. Video of the incident quickly went viral.

Late in a loss to Nichols College, Fitchburg State's Kewan Platt hit Nate Tenaglia with a right elbow. He has been suspended indefinitely and banned from campus. https://t.co/51qbaTl5oJ pic.twitter.com/BgUBu7Y4wP

On Thursday, Platt issued an apology via social media:

"I hereby want to apologize and show my deep regret upon my actions that occurred during the game against Nichols College the other night. What I did is totally unacceptable and not justified in any way. I got frustrated and lost control over my behavior. I know these words cannot undo my wrongdoings. In the future I promise to make better choices. I'm not only apologizing to Nate Tenaglia but also to my teammates, the coaching staff, the University and the whole basketball community."

On Wednesday, Fitchburg State announced Platt has been indefinitely suspended from the team and barred from campus.