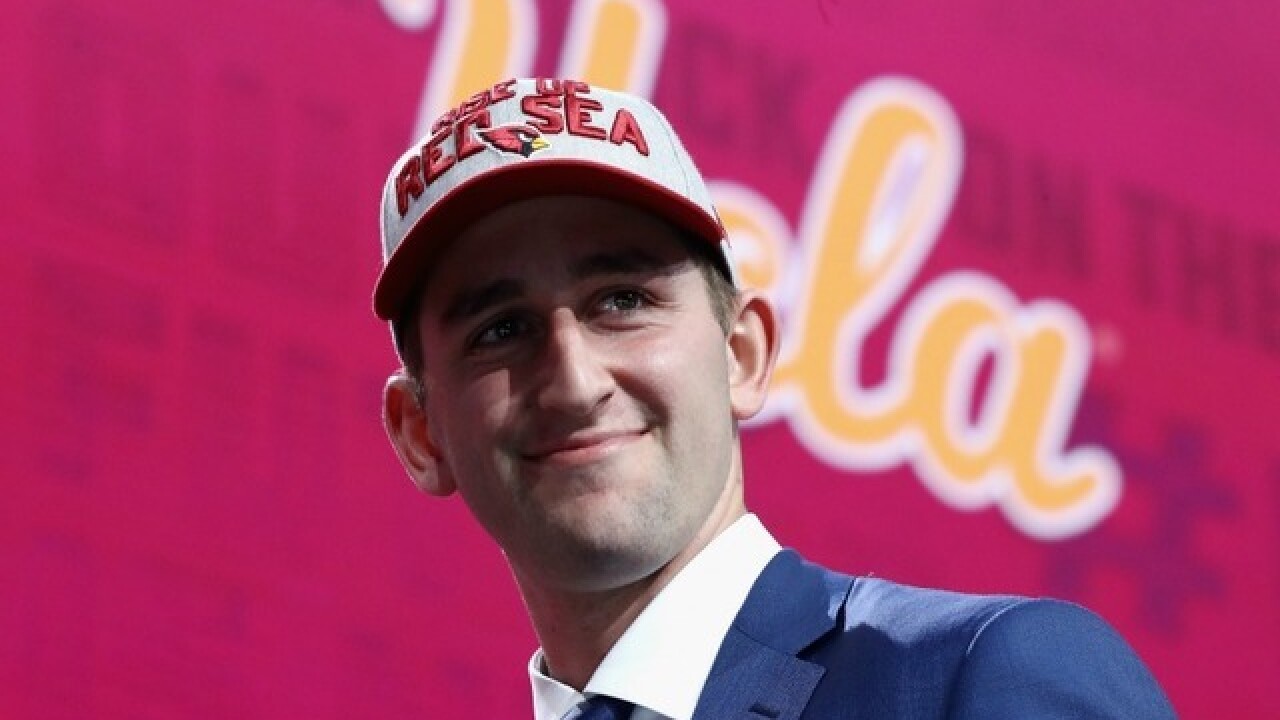 Copyright 2018 Scripps Media, Inc. All rights reserved. This material may not be published, broadcast, rewritten, or redistributed.
Ronald Martinez
<p>Josh Rosen is considered by some experts to be the best pure passer in this year's NFL Draft. Per NFL.com, "Josh Rosen's footwork and mechanics make him as pretty a quarterback as you will find in this year's draft," but "the biggest concern with Rosen is that his on-field success requires many elements to stay on schedule." (Getty Images)</p>

If you don't know by now: Quarterback Josh Rosen isn't short on confidence, something we were reminded of after the Cardinals selected him with the 10th overall pick in last month's NFL Draft.

"There were nine mistakes made ahead of me. And I will make sure over the next decade or so that they will know they made a mistake," Rosen said about the nine players drafted before him on April 26.

On Sunday, one of those picks -- namely, quarterback and No. 1 overall pick Baker Mayfield -- reacted to Rosen's remark.

"To each their own. The fact that he can say there's nine mistakes made ahead of him -- how's he going to compare himself to a running back and a lineman and defensive players that were picked in front of him? There's no comparison," Mayfield told ESPN.

"I think everybody ended up where they're supposed to be. I get it. I get the competitive nature. But you don't want to be scripted like that."

Rosen did clarify his comments the day after the draft, stating that the only true "mistakes" were the three quarterbacks -- Mayfield, Sam Darnold and Josh Allen -- drafted ahead of him, and he's happy he ended up in Arizona.

"I would actually say that I'm not as angry that there were nine guys ahead of me, just three quarterbacks. That's kind of what gets to me. So, there were three big mistakes ahead of me," Rosen said.

"But honestly, it's a blessing in disguise. This is an incredible team that I think is really, really primed and set to do some incredible things in the future, and I think I just, very simply, lucked out."