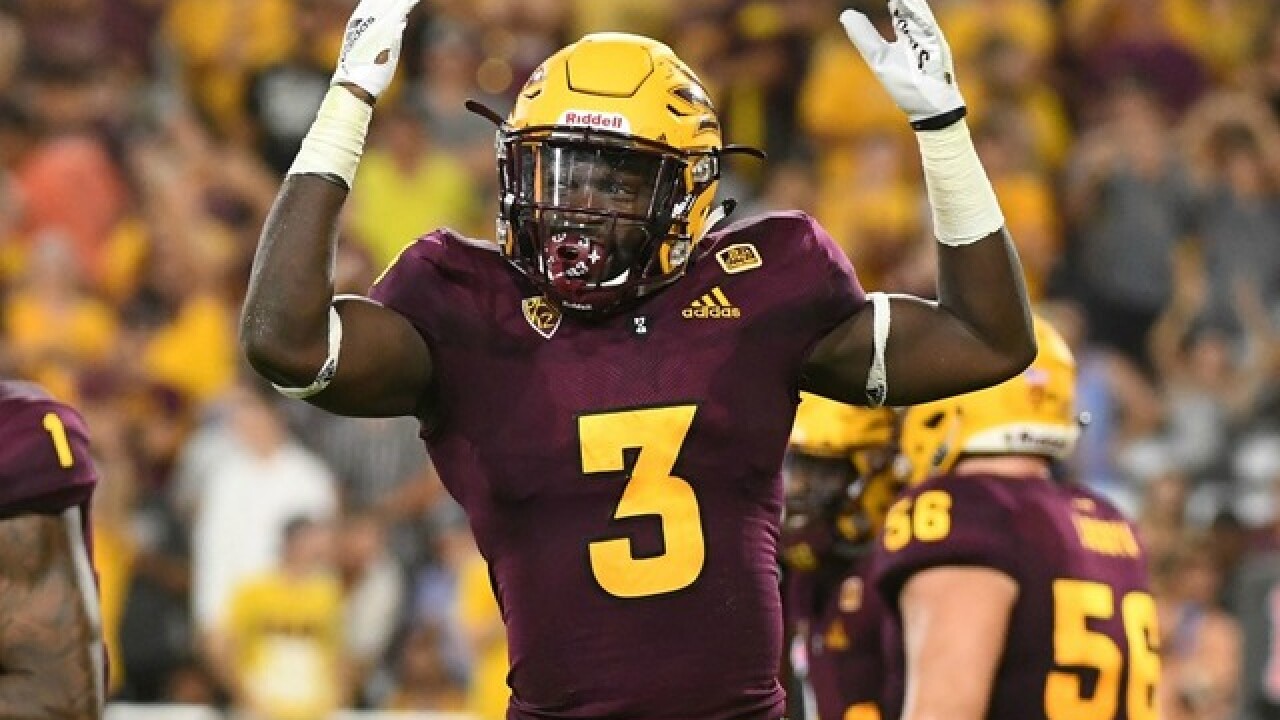 The sophomore rushed for 312 yards on 30 carries in the Devils' 52-24 win over Oregon State at Sun Devil Stadium. That mark shattered the previous record that was held by Ben Malone, who rushed for 250 yards, also vs. Oregon State, in 1973.

Benjamin also set a new Sun Devil record for rushing yards in a single half with 185 first-half yards, breaking Woody Green's record of 171 yards that was also set in 1973.

Benjamin rushed for three touchdowns and added three catches for 27 yards, including an 8-yard touchdown reception from quarterback Manny Wilkins, in the Devils' victory. He became just the 15th player in Sun Devil history to rush for at least 200 yards in a single game.

Eno Benjamin set the @ASUFootball record for rushing yards in a game with 312 yards, shattering the previous record of 250 yards set by Ben Malone in 1973! pic.twitter.com/XQWDpBVNj1

Incredibly, Oregon State running back Jermar Jefferson wasn't too far off from breaking his own school's single-game rushing record Saturday night. For the game, Jefferson rushed for 254 yards, good for the second-most in Oregon State history. The Beavers' school record is 299.

The win moved the Sun Devils to 3-2 on the season and 1-1 in Pac-12 play. It was Herm Edwards' first conference victory as ASU head coach.