How to donate, ways you can help those impacted by Hurricane Ian
SportsSports Blogs Local

On Monday, Edwards and several members of ASU's coaching staff were on a recruiting trip in California. During their trip, they stopped by Serra High School near San Diego, and Serra's football account tweeted a photo of the visit.

Tate, who played high school football at Serra, took to Twitter on Tuesday to comment about the Sun Devils' stop to his alma mater. "Don't let them come scam y'all," he tweeted.

ASU quarterback Manny Wilkins soon replied to Tate's tweet. "Ain’t no scam, we all want this game to help us provide for our families one day just like you! Coach Herm could be offering someone your coach won’t that’s why they build that relationship. BIGGER THAN FOOTBALL OR A RIVALRY," Wilkins tweeted. 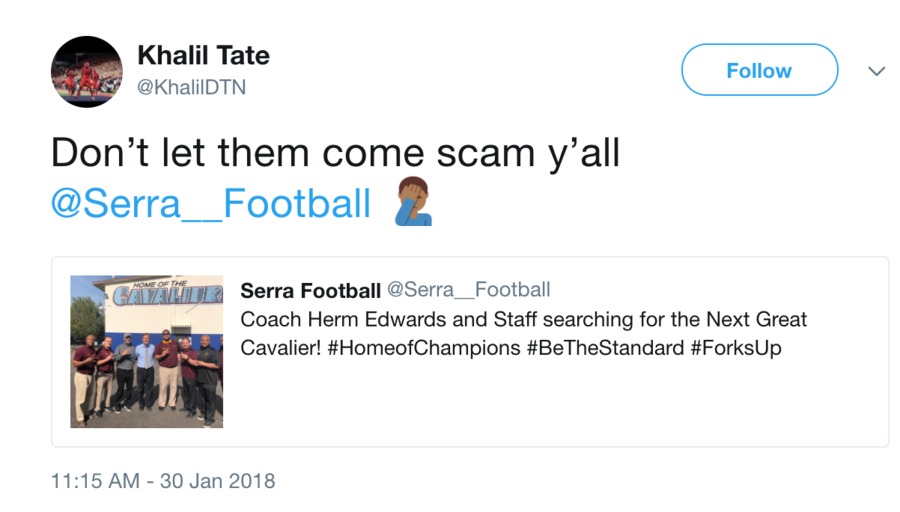 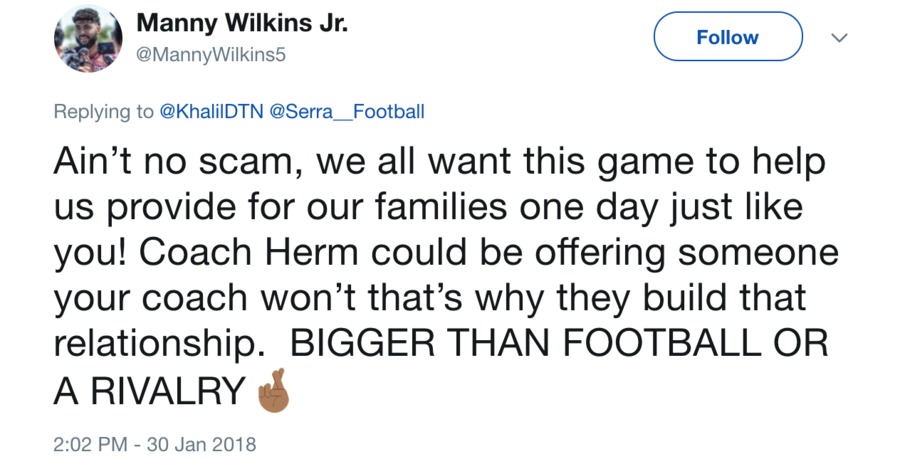 Tate, whose Twitter bio reads, "Try not to take social media so serious," then responded to Wilkins: "lol chill out Preacher Wilkins, they at my old HS recruiting, that’s the joke. Didn’t know a humorous tweet was that serious. Maybe I should have said “LOL” afterward. Sorry if I offended your school" 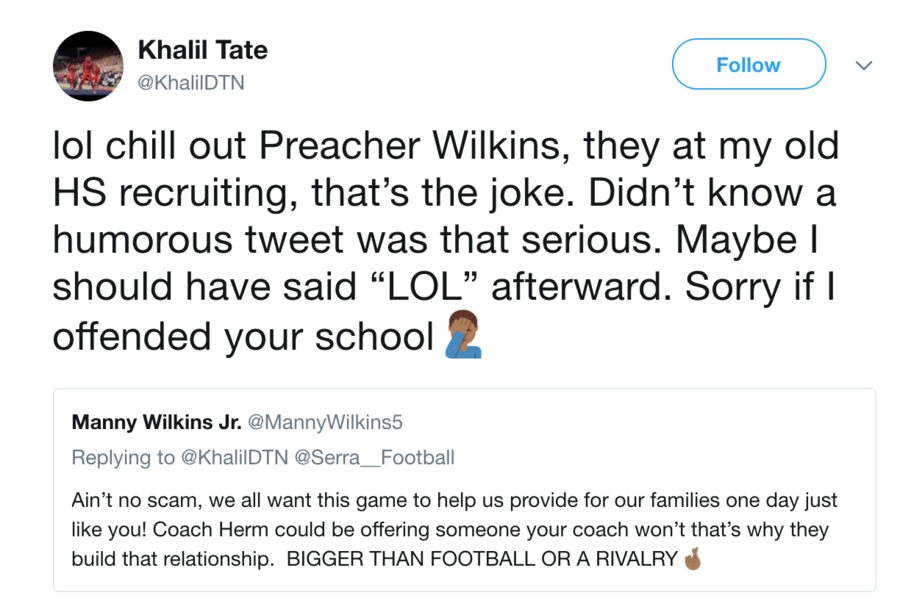 ASU and UA have already mixed it up a bit in the last couple weeks after the Wildcats welcomed Sumlin to Tucson with 20 electronic billboards in the Valley, including one right next to Sun Devil Stadium. For his part, Edwards doesn't seem concerned with the billboard campaign.

Wilkins and the Sun Devils rallied to defeat Tate and the Wildcats 42-30 in their Territorial Cup meeting in Tempe in November, after Tate was knocked out of the game due to injury. They'll meet again in Tucson on Nov. 24.