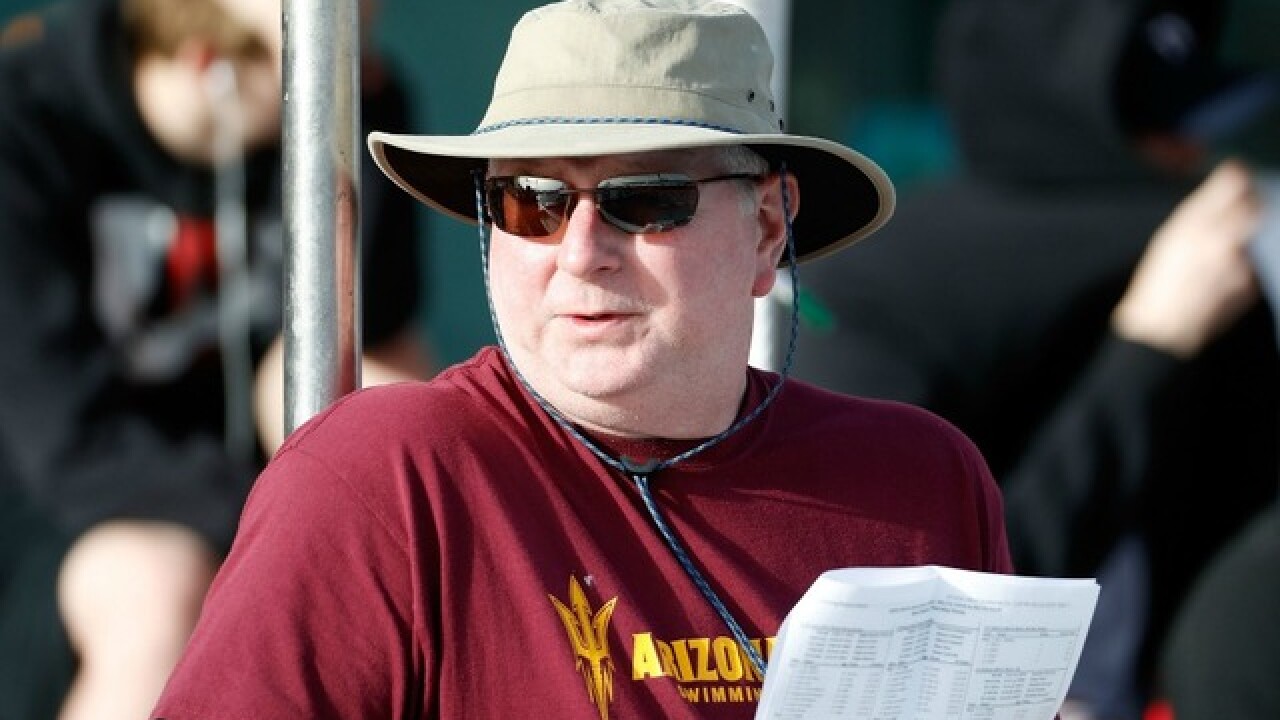 Copyright 2018 Scripps Media, Inc. All rights reserved. This material may not be published, broadcast, rewritten, or redistributed.
Chris Coduto
<p>Coach Bob Bowman of Arizona State University watches the action during day one of the TYR Pro Swim Series at Mesa at Skyline Aquatics Center on April 12, 2018 in Mesa, Arizona. (Getty Images)</p>

Arizona State Sun Devils men's and women's swimming coach Bob Bowman has apologized for sending "inappropriate" text messages following an interview in which a former Olympic swimmer revealed that Bowman and another former coach sent her sexually explicit text messages and a voicemail.

“I was a 24-year-old female swimmer who had retired way too young but was sick of all the (garbage). I wanted to change lives and do different things but felt trapped," Burckle said in an interview with Southern California News Group. “I was disgusted. I felt violated, felt sad too. This was a sport that I had just left and loved and so I felt very sad.”

Following the publication of Burckle's interview, Bowman released the following statement to swimswam.com:  “I regret the exercise of poor judgment in being involved one evening 7 years ago with inappropriate communications. I promptly apologized to the person to whom the communications were sent and my apology was accepted. I have nothing further to say at this time.”

Per the Los Angeles Daily News, Burckle reported the incident in 2011 to USA Swimming, the national governing body for competitive swimming in the U.S. It was originally reported to assistant coach Jack Roach, who passed it along to national team director Frank Busch.

“In 2011, USA Swimming was made aware of inappropriate texts sent to an adult former member athlete by a member coach," USA Swimming said in a statement. "The organization does not condone this type of communication no matter the relationship between the parties. The issue was addressed by USA Swimming, and warning letters were issued to the offending parties, which also included a non-athlete member in the presence of the coach.”

But despite being warned about the "severity of the situation" by Busch in 2011, Bowman went on to be named an assistant coach on the 2012 U.S. Olympic team -- and  in a separate statement to swimswam.com, ASU said it was unaware of Burckle's complaint when Bowman was hired to be the school's swim coach in 2015.

"In fact, in discussions with USA Swimming about the possibility of hiring Mr. Bowman, then USA Swimming National Team Director Frank Busch highly recommended Mr. Bowman to ASU," ASU said in its statement.

"Mr. Bowman also stated that he apologized to the complainant for the text message exchange in the presence of his supervisor, Mr. Busch. The review of this matter also indicates that ASU has not received any allegations of misconduct from ASU students, faculty or staff, or non-ASU affiliated individuals related to Mr. Bowman," ASU said in its statement.

Hutchison became the subject of an investigation by the Department of Homeland Security following allegations that he sexually assaulted former world-record swimmer Ariana Kukorks when she was 16 years old.