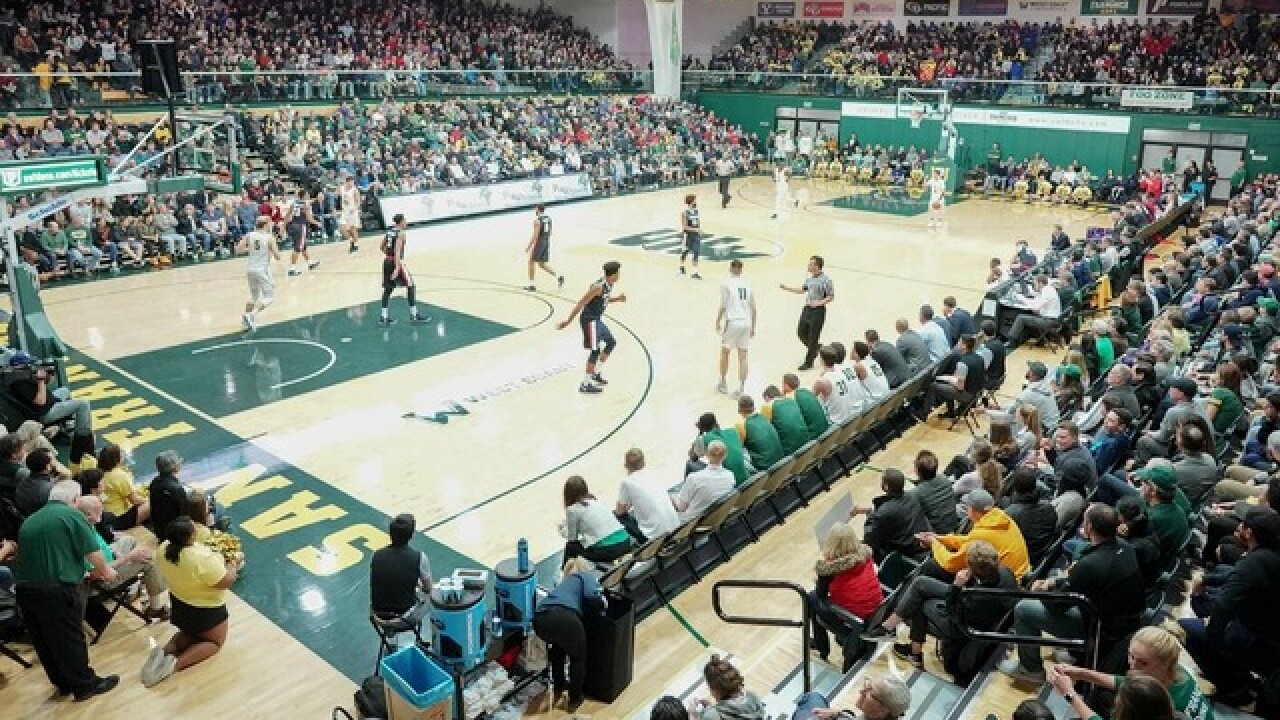 Copyright 2018 Scripps Media, Inc. All rights reserved. This material may not be published, broadcast, rewritten, or redistributed.
<p>USFdons.com</p>

The game had been scheduled for a 7 p.m. tip-off Arizona time. USF announced its athletic director is working with ASU athletic director Ray Anderson to determine another possible time and location for the game to be played.

USF canceled all outdoor practices Thursday as the Air Quality Index in San Francisco surpassed 200, putting it into the "very unhealthy" category.

"With rising concerns for the health of everyone involved in Friday's contest, as well as concerns for those affected by the tragic fires in Butte County and Southern California, it was agreed that playing the game was not in the best interest of anyone," USF said in a statement.

On Saturday, Northern Arizona University's scheduled football game at Sacramento State was canceled due to poor air quality in the area. Cal's scheduled men's basketball game in Berkeley on Thursday was also postponed.

LeBron James complained about the air quality when the Los Angeles Lakers played at the Sacramento Kings on Saturday.