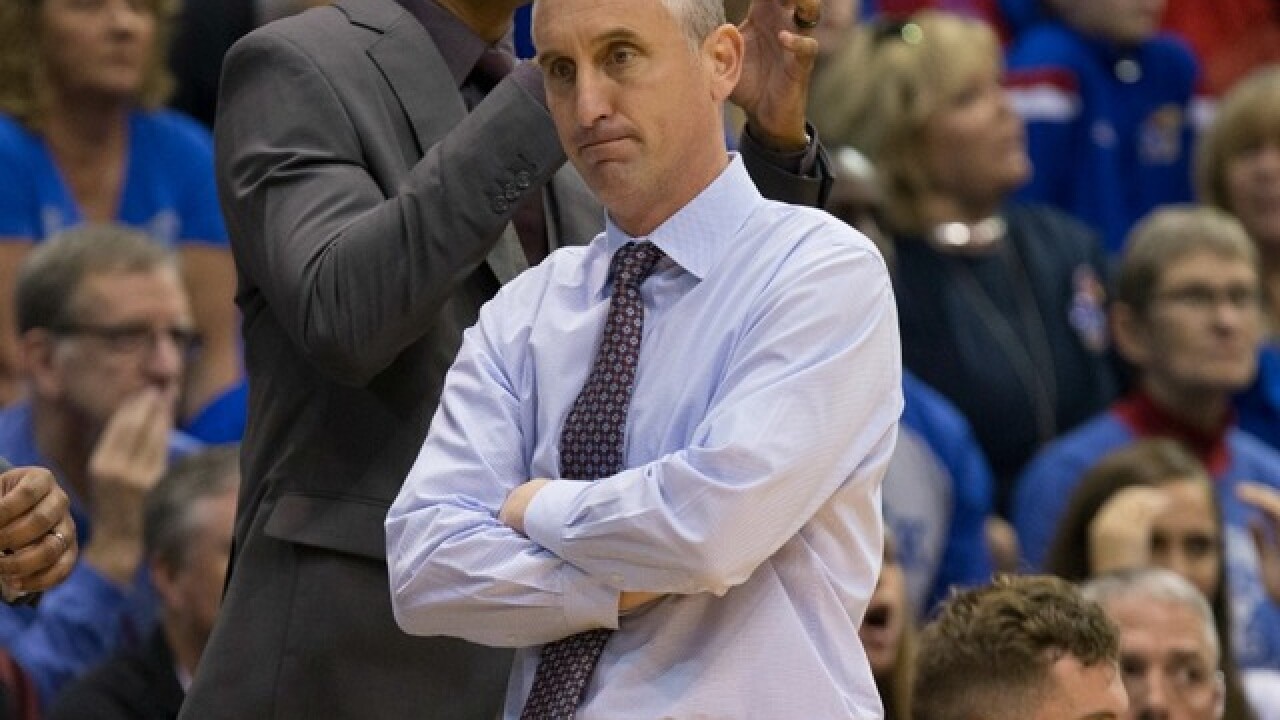 Copyright 2017 Scripps Media, Inc. All rights reserved. This material may not be published, broadcast, rewritten, or redistributed.
Kyle Rivas
<p>Head coach Bobby Hurley of the Arizona State Sun Devils paces the sideline during the game against the Kansas Jayhawks at Allen Fieldhouse on December 10, 2017 in Lawrence, Kansas. (Getty Images)</p>

Arizona State Sun Devils men's basketball coach Bobby Hurley was reprimanded and fined $10,000 by the Pac-12 for "inappropriate conduct" toward officials at the end of ASU's game at Oregon State on Saturday night, the Pac-12 announced Monday.

Hurley could be seen confronting an official at the conclusion of Saturday's game, which the Sun Devils lost 79-75 to the Beavers. Jim Ferretti with KXL in Portland posted a video that appeared to show Hurley being stopped by an Oregon police officer as he attempted to follow the official off the court.

ASU head coach Bobby Hurley being stopped by an @ORStatePolice trooper from continuing after ref following loss in Corvallis. pic.twitter.com/k03R35SIk9

“The public post-game conduct by Arizona State men’s basketball head coach Bobby Hurley violates Conference policy and this type of behavior will not be tolerated,” Pac-12 commissioner Larry Scott said in a statement. “The Conference assigns a high priority for administrators, coaches and student-athletes to support its officiating program. Chasing and confronting an official or officiating crew after the contest fails to meet these high standards.”

This is the second time Hurley has been reprimanded during the 2017-18 season. The Pac-12 reprimanded Hurley for criticizing officials in an interview following ASU's loss at Colorado on Jan. 4.

Hurley made light of the fine in a tweet Monday night.

I’m having a fine day!