Arizona Wildcats' Scottie Young to be suspended for season opener vs. BYU 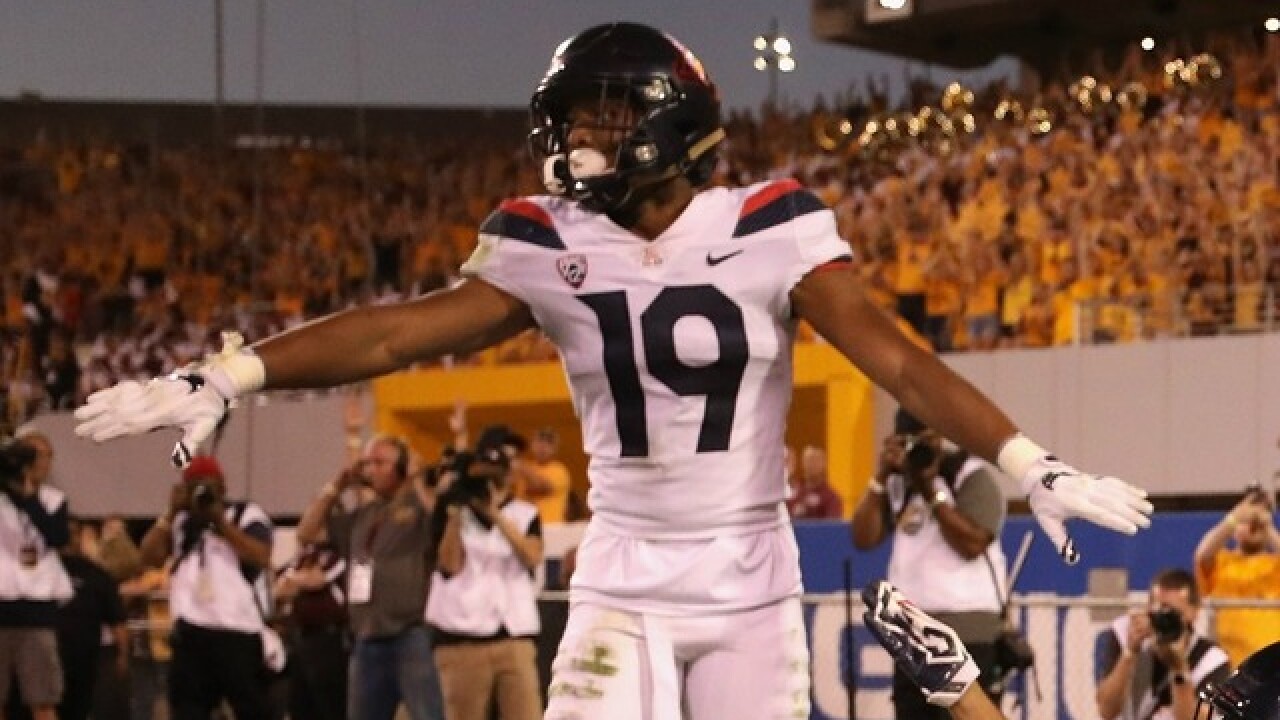 Suspended Arizona Wildcats sophomore safety Scottie Young Jr. will be allowed to rejoin the team but will be held out of the Wildcats' season opener vs. BYU on Sept. 1, UA announced in a statement Friday.

Per the Arizona Daily Star, Young was arrested by UA police in late September following an incident in which he allegedly pushed and threatened a female student. He was later charged with a misdemeanor.

A three-star recruit from La Mesa, California, Young played in 10 games for the Wildcats last season but was suspended indefinitely by new Wildcats coach Kevin Sumlin in April. In its statement, UA said Young will be allowed to participate in team activities beginning this week but will be suspended for the BYU game.

Arizona sophomore defensive back Scottie Young Jr. was involved in a misdemeanor incident last academic year that resulted in his suspension from all team-related activities. Mr. Young was also investigated by the Dean of Students for student code of conduct violations related to the incident. Since that time, he has completed disciplinary sanctions imposed by the University and separate penalties issued by the Athletics Department, which included removal from all team activities during spring and summer practice and conditioning. In addition, the Athletics Department has determined that he will be suspended for the BYU game. Mr. Young will rejoin the team this week and will be allowed to participate in practice activities.