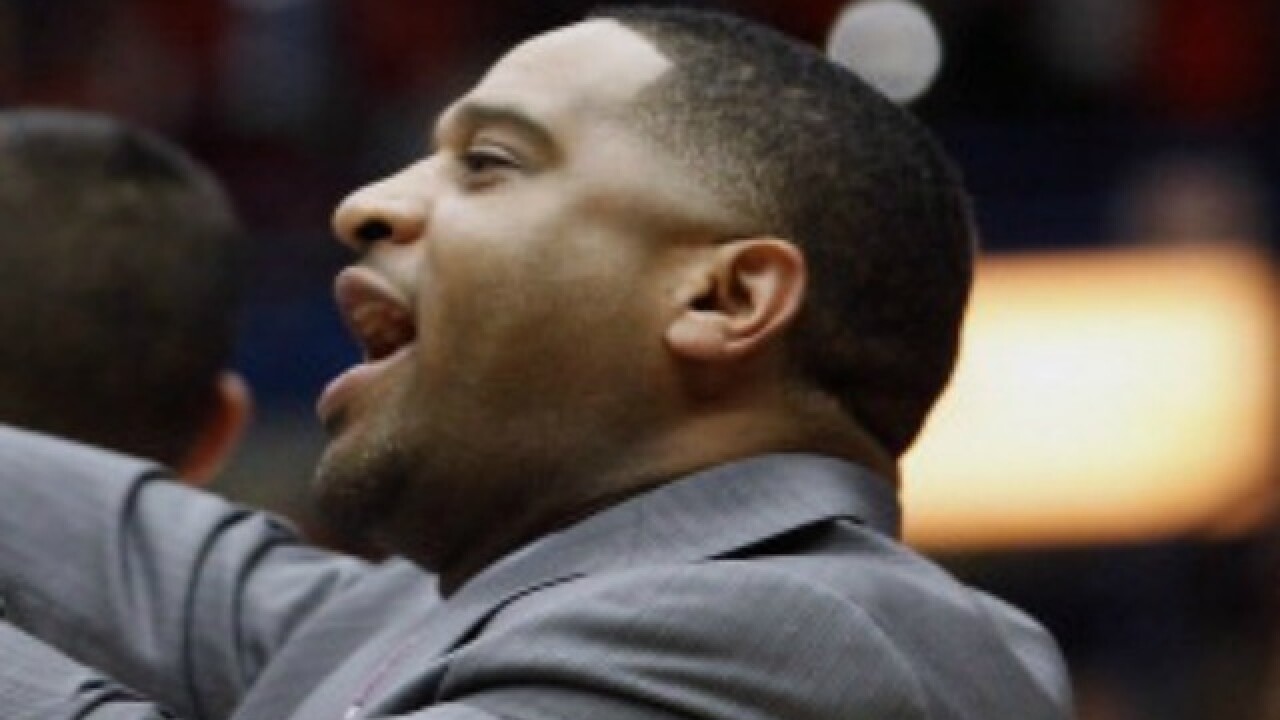 Arizona Wildcats assistant men's basketball coach Emanuel "Book" Richardson is one of four NCAA coaches who has been arrested after being charged with fraud and corruption following a federal investigation that began in 2015.

According to the court document, Richardson was one of four coaches who accepted bribes from undercover FBI agents. Richardson allegedly accepted $20,000 in bribes and used money to influence at least one unnamed basketball player to commit to play for Arizona, according to the document.

During a press conference Tuesday, the Department of Justice said it had made the NCAA aware of the investigation Tuesday morning, and confirmed its investigation is ongoing. A tip line has been created for those who may have more information.

Richardson was released on $50,000 bond Tuesday after appearing in federal court and faces up to 60 years in prison and/or a fine of up to $1.5 million, Bruce Pascoe of the Arizona Daily Star reported.

FBI complaint reads like at least one existing #APlayersProgram player had been paid pic.twitter.com/bz0ETenbaN

In a statement Tuesday, The University of Arizona said it was made aware of the investigation Tuesday morning and Richardson has been suspended and relieved of all duties.

"We were appalled to learn of the allegations as they do not reflect the standards we hold ourselves to and require from our colleagues. The University of Arizona has a strong culture of compliance and the expectation is we follow the rules," the statement read.

In a separate statement, Arizona Athletics said it will "cooperate fully" with the investigation, which the Justice Department confirmed is ongoing.

"We work under the basic directive that all department personnel operate within applicable laws and NCAA rules. The behavior that Richardson is accused of is completely unacceptable and does not reflect the principles of this athletics department," the statement read.

Richardson served as an assistant coach to UA head coach Sean Miller since 2007, when Miller was the head coach at Xavier University. He followed Miller to Arizona in 2009.

The Arizona men's basketball team was scheduled to have its media day Wednesday in Tucson, but the university announced that event has been postponed. It has yet to be rescheduled.

The other coaches were identified in court papers are Chuck Person of Auburn University, Tony Bland of the University of Southern California and Lamont Evans of Oklahoma State. It was not immediately clear who would represent them at initial court appearances.

They were among 10 people charged in Manhattan federal court. Others included managers, financial advisers and representatives of a major international sportswear company. The details were to be discussed at a news conference on Tuesday afternoon.

In a statement, the NCAA said the charges brought against Richardson and the other three coaches are "deeply disturbing" and the NCAA will support the ongoing investigation.

Since 2015, the FBI has been investigating the criminal influence of money on coaches and student-athletes who participate in intercollegiate basketball governed by the NCAA, federal authorities said.

In criminal complaints, investigators said basketball coaches have the ability to provide access to the student-athletes to sports agents, financial advisers, business managers and others.

“Moreover, many such coaches have enormous influence over the student-athletes who play for them, in particular with respect to guiding those student-athletes through the process of selecting agents and other advisers when they prepare to leave college and enter the NBA,” the complaints said.

“The investigation has revealed several instances in which coaches have exercised that influence by steering players and their families to retain particular advisers, not because of the merits of those advisers, but because the coaches were being bribed by the advisers to do so,” the papers said.