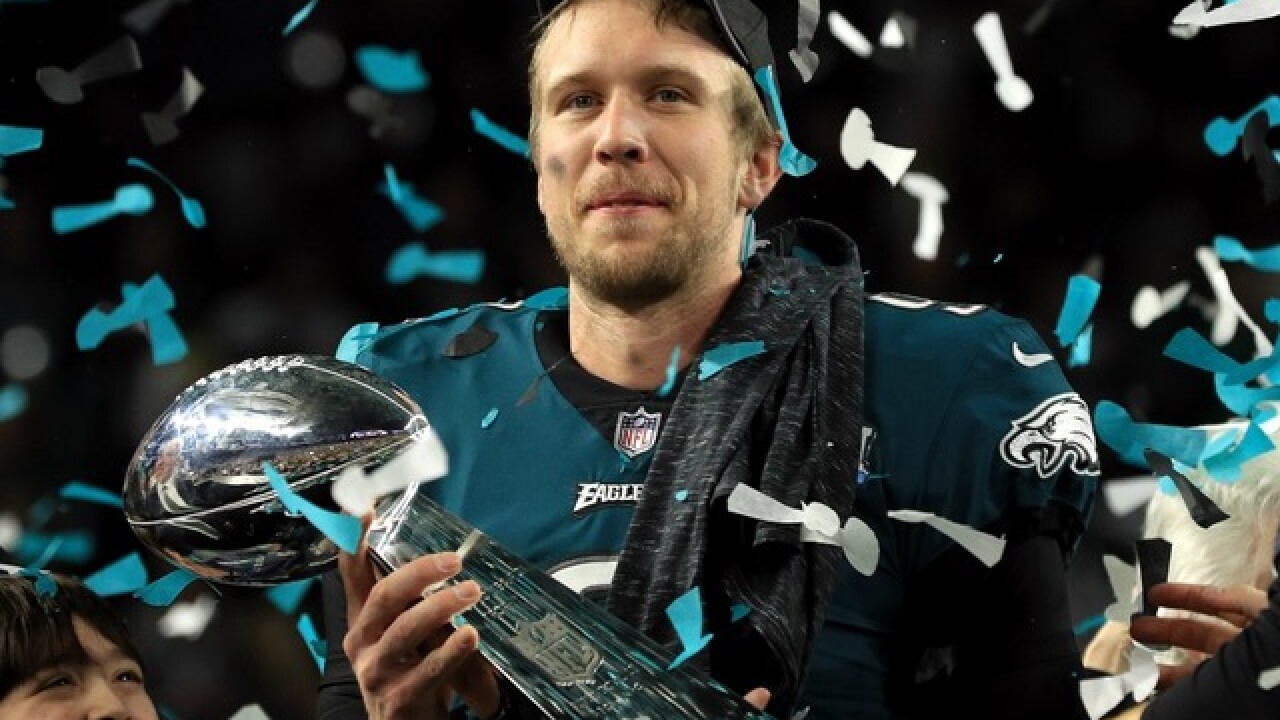 Copyright 2018 Scripps Media, Inc. All rights reserved. This material may not be published, broadcast, rewritten, or redistributed.
Mike Ehrmann
<p>Nick Foles #9 of the Philadelphia Eagles celebrates with the Lombardi Trophy after defeating the New England Patriots 41-33 in Super Bowl LII at U.S. Bank Stadium on February 4, 2018 in Minneapolis, Minnesota. (Getty Images)</p>

Philadelphia Eagles quarterback Nick Foles is continuing to enjoy the spoils of his improbable Super Bowl victory over Tom Brady by besting the future Hall of Famer for the top spot in merchandise sales.

The Super Bowl LII MVP and Arizona Wildcats alum topped Brady for No. 1 in all NFL merchandise sales from March to May, per a quarterly sales report released by the NFL Players Association and reported by ESPN. Brady is No. 2 on the report, and Foles' teammate Carson Wentz, whose late-season injury led to Foles' unlikely postseason run, is No. 3. New York Giants rookie running back Saquon Barkley and Dallas Cowboys quarterback Dak Prescott are No. 4 and 5, respectively.

Best selling NFL player among all merchandise from March to May, according to the NFLPA, was Nick Foles. Here’s the top 50. pic.twitter.com/LNvKHvdxpm

Foles, who nearly retired from the NFL two years ago, threw for nearly 400 yards and three touchdowns -- and caught a TD pass of his own -- in the Eagles' 41-33 upset win over Brady and the Patriots in Super Bowl LII in February.