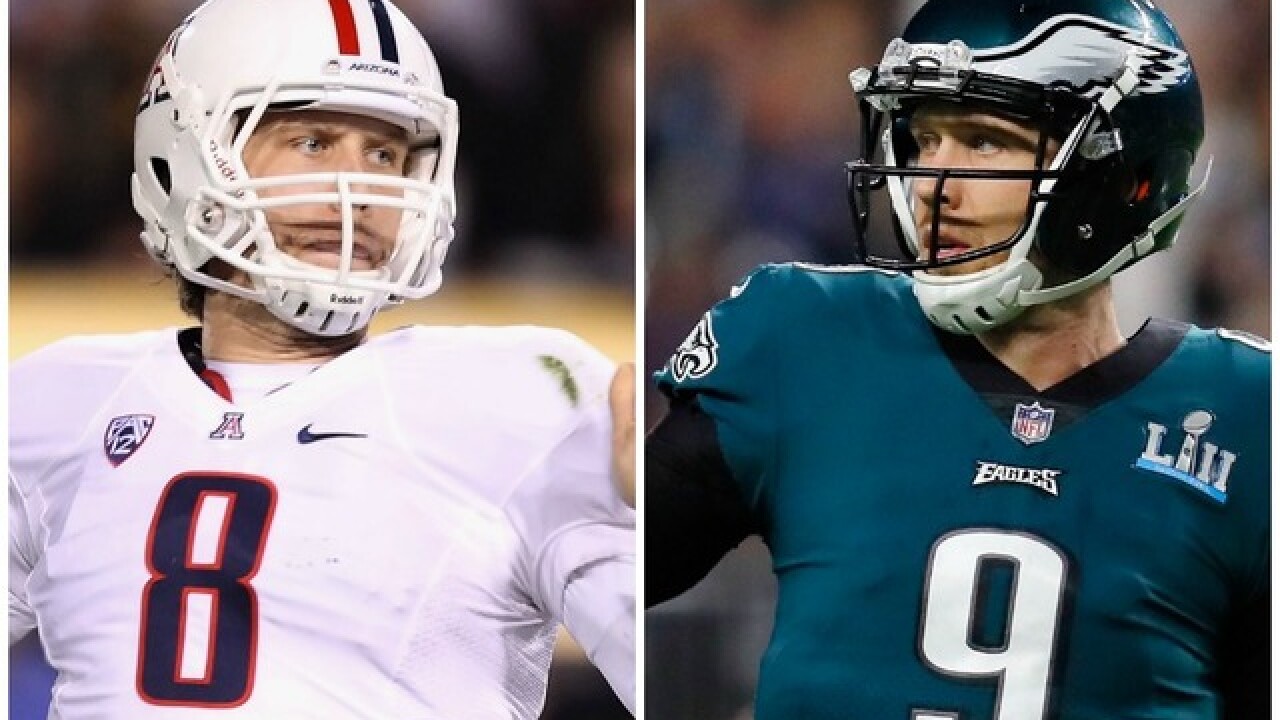 After he was released by the Los Angeles Rams, he thought about walking away from the NFL. And less than two months ago, he was the backup quarterback in Philadelphia behind rising star Carson Wentz.

Thrust into the Eagles' starting job following Wentz's season-ending injury Dec. 11, Foles completed 28 of 43 passes for 373 yards and three touchdown passes -- and he became the first QB in Super Bowl history to catch a TD -- as the Eagles defeated Tom Brady and the Patriots 41-33 in Super Bowl LII on Sunday. The game featured the most total yards in any NFL game ever.

Foles' improbable TD reception just before halftime gave the Eagles a 22-12 edge. And trailing 33-32 in the fourth quarter, Foles' touchdown pass to Zach Ertz -- whose wife Julie is a Mesa Dobson High School alum and a star with the US women's soccer team -- gave the Eagles the victory.

Anyone have the Nick Foles receiving TD prop bet???

WHAT. A. PLAY CALL. pic.twitter.com/9hjJXR0jSs

Stoops and Arizona convinced Foles to transfer from Michigan State after Kirk Cousins won the starting job with the Spartans. Foles won the starting job at UA early in the 2009 season, and he played at UA through 2011. He was drafted by the Eagles in the third round of the 2011 NFL Draft and had one outstanding season in Philly, but he was traded to the Rams after the 2014 season.

The Rams released Foles before the 2016 season, and he was reacquired by the Eagles in March.

Foles is married to former UA volleyball player Tori Moore. The couple had their first child, a daughter, last year.